New in SOLIDWORKS 2021 is greater automatic control over how the Miter works in the Trim/Extend command.

This command is often used when dissimilar sizes of structural member are joined.  The new functionality allows choice of how the members fit together at the joint.  The question is, which is more important to you: same angle, or full flush?  Once that is determined, then we can now use two new buttons found at the bottom of the Trim/Extend Property Manager, to control that.

The button on the left, Equal angle miter, does just like it sounds, and miters both members the same angle, similar to previous year versions of the software.  However, depending on their relative size or orientation, the members may overlap/underlap one another as shown below: 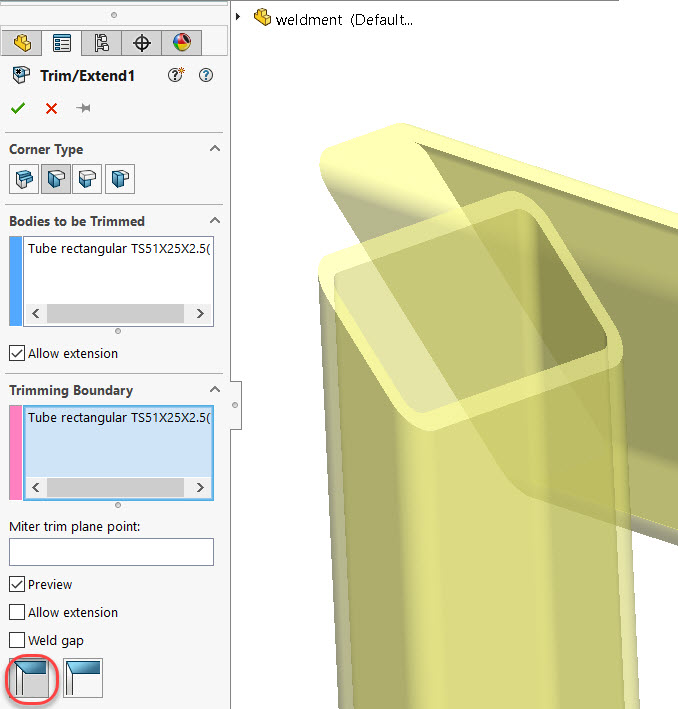 The button on the right, Full flush miter, lets SOLIDWORKS calculate the angle in order to achieve full flush, if possible.  SOLIDWORKS then attempts to find the angle whereby there is zero overlap/underlap in the plane of the members’ sketch paths. 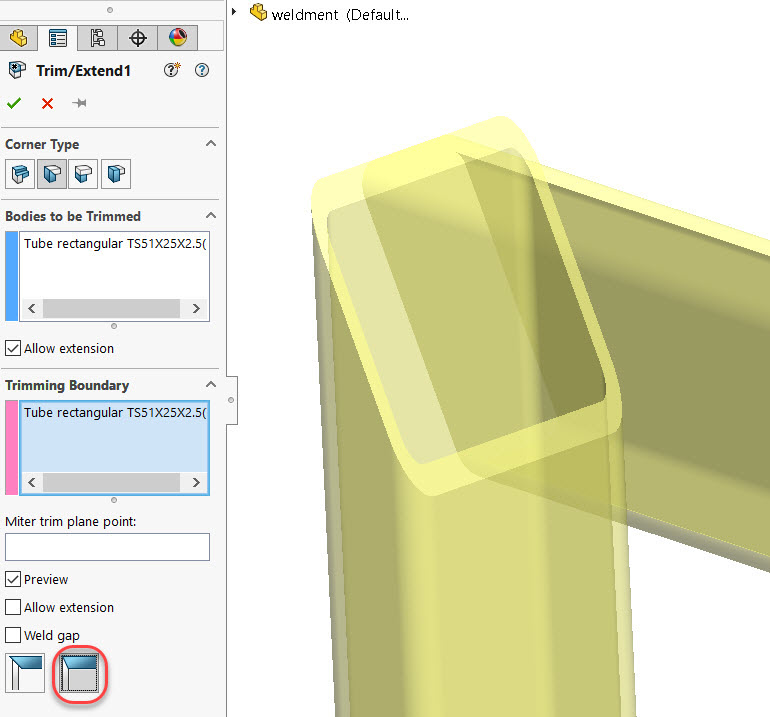