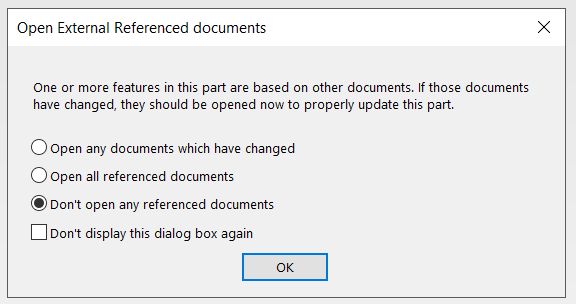 Every now and then, one of our fantastic support staff here at Javelin, run across a dialog that they have never seen before…. it’s a rare case to be sure.

Especially rare if the features involved have been around forever and the dialog box itself has been available since the 2013 release of SOLIDWORKS.  That is exactly what I managed to find late last month when working with one of our clients. Enter stage Right the “Open External Referenced Documents” Dialog.

Some users may find this feature handy as it makes the user aware directly that there are referenced models that will not update unless their referenced files are opened and loaded into RAM.  If one wanted to resume prior behavior of SOLIDWORKS that did not display this dialog, we’d have a few options to do so. 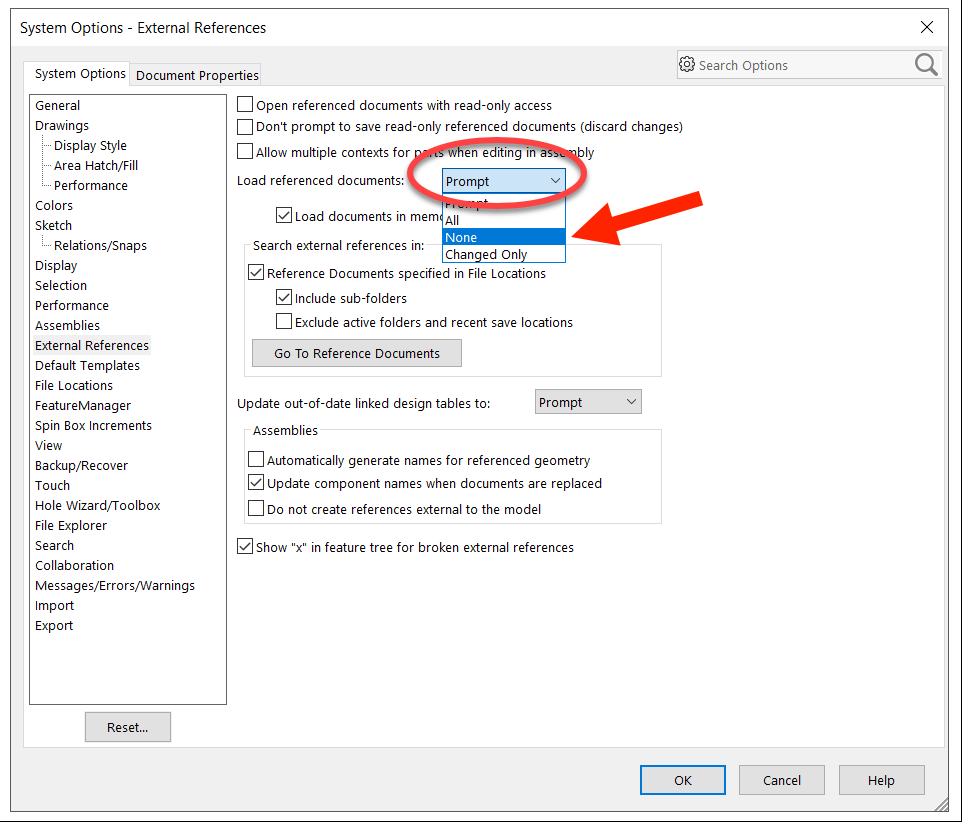 Naturally one can also ignore the dialog completely and use the “Don’t display this dialog box again” option that will dismiss the dialog permanently until it is re-enabled within the “Dismissed Messages” section of the System Options.

The moral of the story here is, If there is behavior in SOLIDWORKS you do not like, in many cases you have multiple options available to change that undesired behavior.

Why is the SOLIDWORKS Automatic Solve Order option greyed out for my Equations?

How to prevent users from changing their SOLIDWORKS System Options

Is your SOLIDWORKS Update/Reference dialog dismissed too quickly before you can take action!