One of the most common practices we run across while discussing weldment functionality with clients is the use of ‘Modeled Welds’ which are additional Solid Bodies that exist in the weldment file to represent the physical mass where a weld would exist — generally in a shape that the fillet bead tool cannot be applied, as shown in the example below: 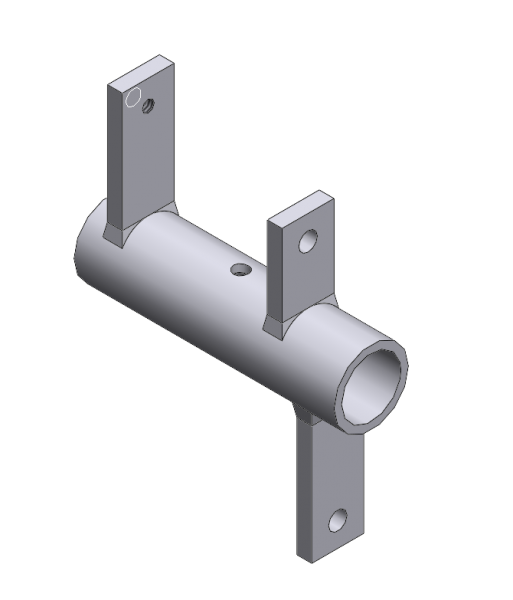 Typically the Cut List folder (Solid Bodies) would appear similar to the image below, if one was using Cut List items to apply properties to the various members comprising the weldment. This includes separation of the bodies representing welds into their own folder. 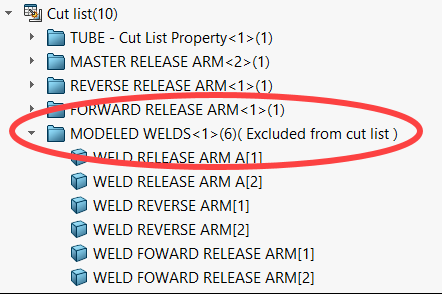 The technique that you may consider applying here is a workflow to specifically exclude a number of the bodies from the Cut List, such as those gathered within the MODELED WELDS folder, that can be created manually or automatically, depending upon your settings.

A right-click on the Folder that represents the MODELED WELDS will reveal options to Exclude the weldment from the folder directly or enter the Cut List properties area of the Cut List.  It is here on the Cut List summary tab, that you will find the checkbox to “Exclude” that weldment member from the Cut List. 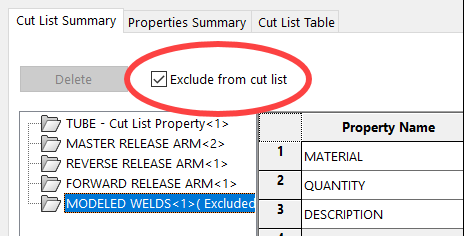 With the “Exclude from Cut List” option Checked we end up with the following in our weldment cut list table.

Keep this in mind when you are planning your next welded component that has a requirement for the welds to be modeled directly.