How do I run SOLIDWORKS Interference Detection on a Multibody Part?

One of the main evaluation tools in an assembly is Interference Detection. This command shows any possible interference between components so that we can modify the parts and prevent issues in manufacturing.

Designing multibody parts is very similar to working with an assembly; and the solid bodies could also have interference, however, we don’t have access to the interference detection command at the part level. In this article, two methods are provided to run SOLIDWORKS Interference Detection on a multibody part:

What are Multibody parts?

Using Multiple bodies in part modeling is one of the advanced 3D design techniques. This method not only allows design of more complex 3D models but also takes advantage of assembly modeling techniques. For instance, you can insert a part into another part similar to inserting a component into an assembly. Positioning and defining mates are very much similar in both cases. The only difference is that in the part environment, the newly inserted part works as a solid body and does not have detailed features inserted with it, while in assembly, the newly inserted part works as a component which has all the features and sketches with it.

We can use the Combine “Common” operation type to detect interference between solid bodies at the part level. 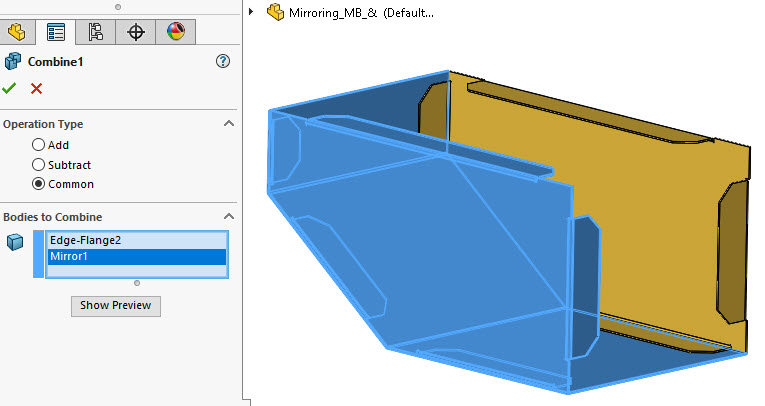 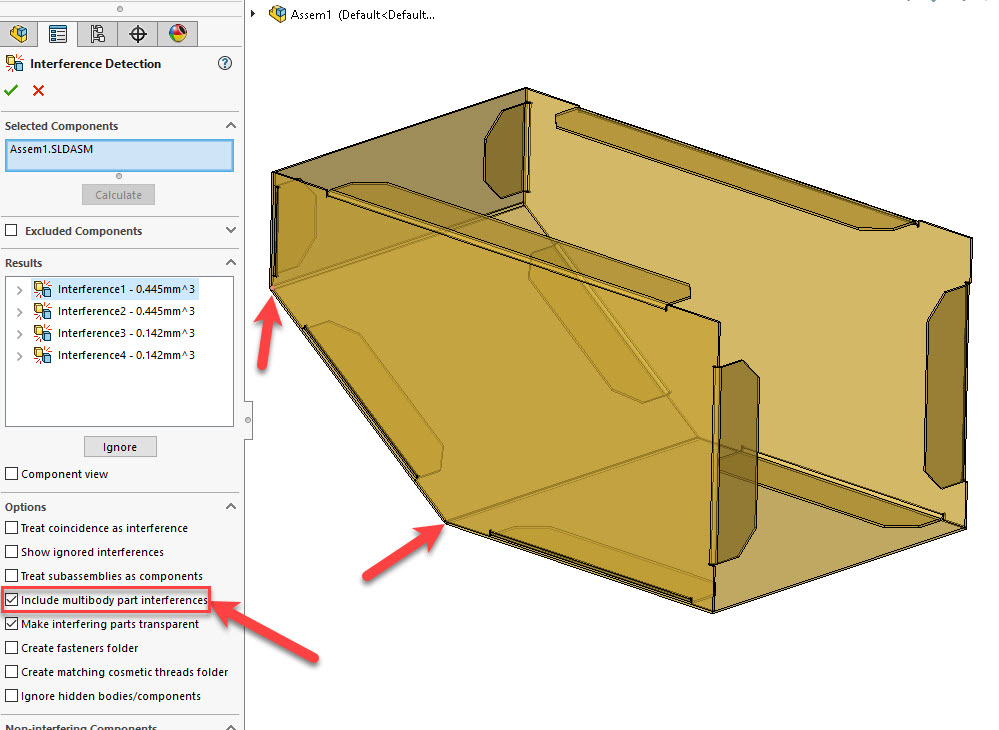 Check off “Include multibody part interferences” to Detect Interferences between Solid Bodies within a Multibody Component.

Posts related to 'How do I run SOLIDWORKS Interference Detection on a Multibody Part?'