How to add Spool References to a SOLIDWORKS Routing BOM

The first step is to Define a Spool. The Define Spools command is available from the SOLIDWORKS Command Manager Piping menu. 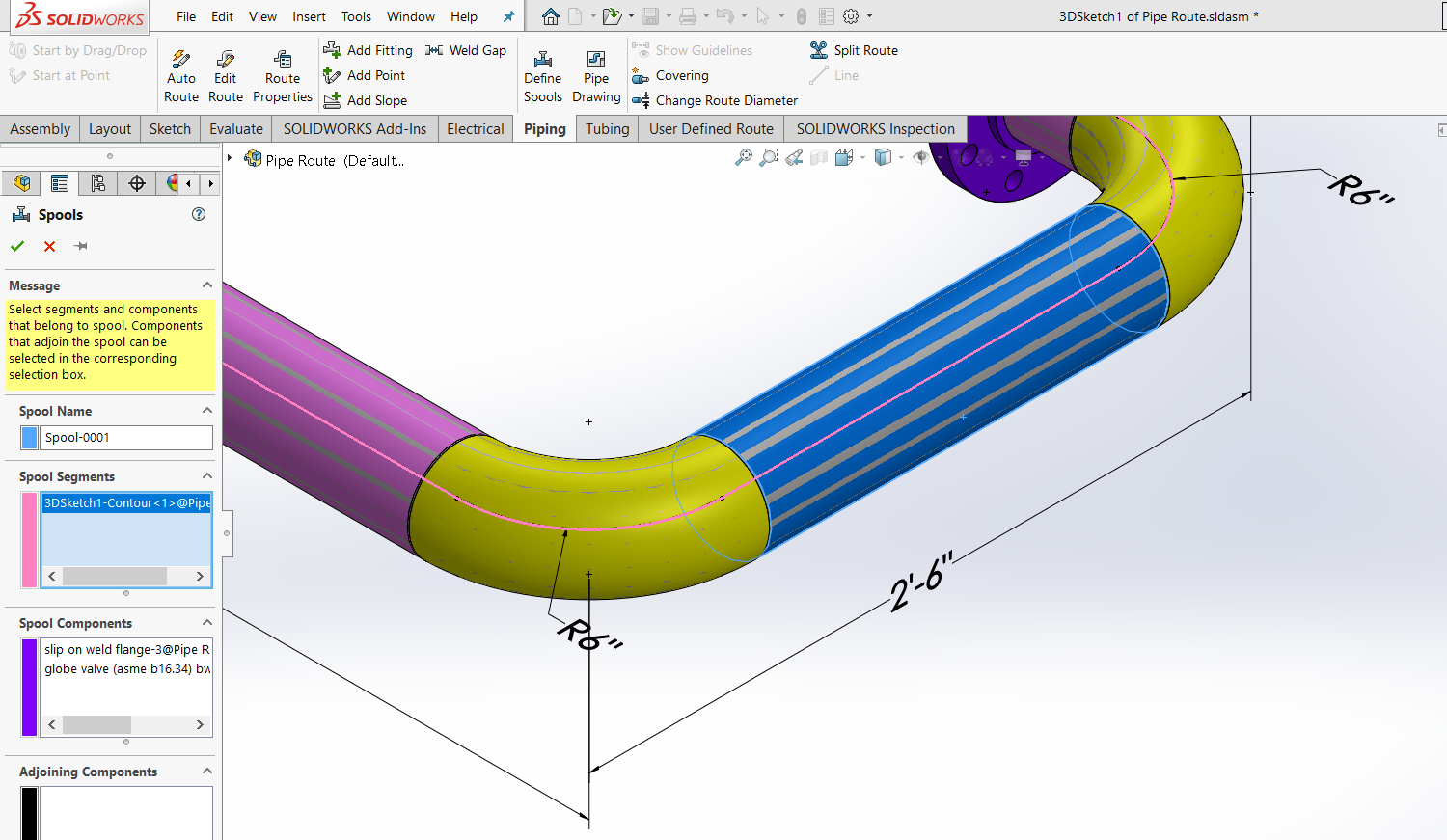 Once defined, the Spool will be listed under the Route Assembly, in the SOLIDWORKS Feature Manager.

By double-clicking a BOM column, the Route Property, Spool Reference, can be linked to that column. This will display all Spools, that are defined in the Route Assembly. 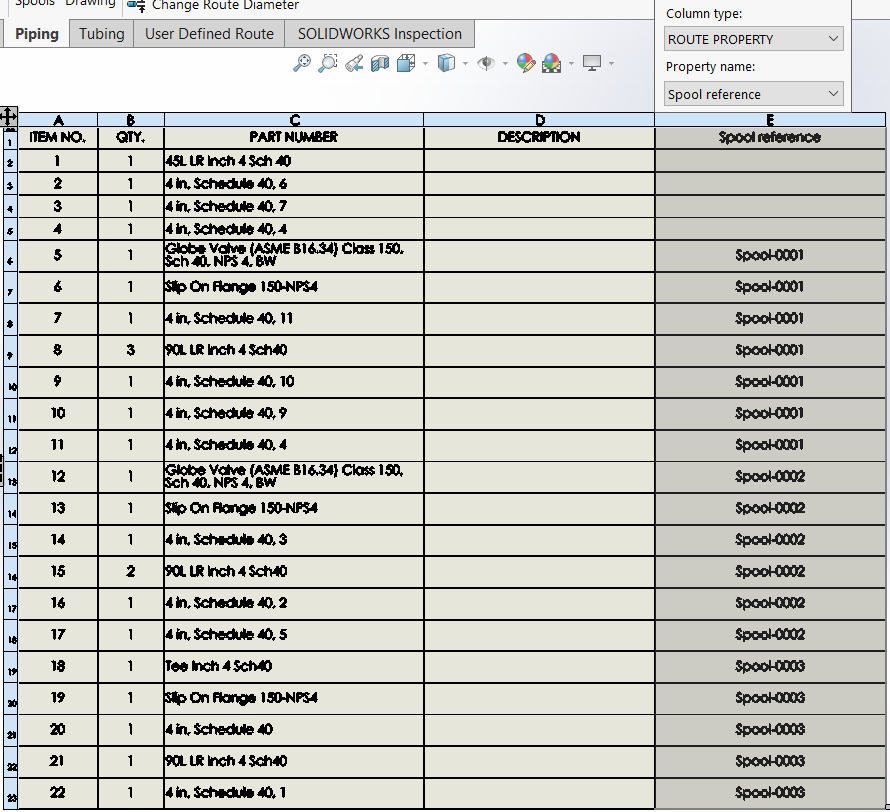 By selecting Group Spool Components in the BOM properties, Spools can be displayed as separate items.

Spools can be displayed as separate items

NOTE: It is important to understand that a Spool is NOT a sub-assembly. A Spool is a reference shared between a selected number of components that are part of a Route Assembly

How to Exclude a Manufacturer Part from a SOLIDWORKS Electrical BOM