In my opinion, the SOLIDWORKS Center of Mass is an underrated reference dimension. Many designers use it to see where the bulk of the weight is. This can determine if weight needs to be added, subtract weight or reorganize items to get the desired balance. This can be used to design a part’s shipping cradle to help balance a load. It can also be used to increase the performance of a race car keeping its weight lower and central makes it easier to control the G-forces.

Taking a look at this Crankshaft, it’s important to have a Center of Mass in the center of the part. This can be difficult to achieve with so many bosses, cuts, holes, etc. Most cranks have balancing weights on the ends or have minor cuts to achieve equilibrium. If the crank wasn’t balanced this would lead to a catastrophic failure in the engine. With this in mind, knowing Center of Mass is critical. 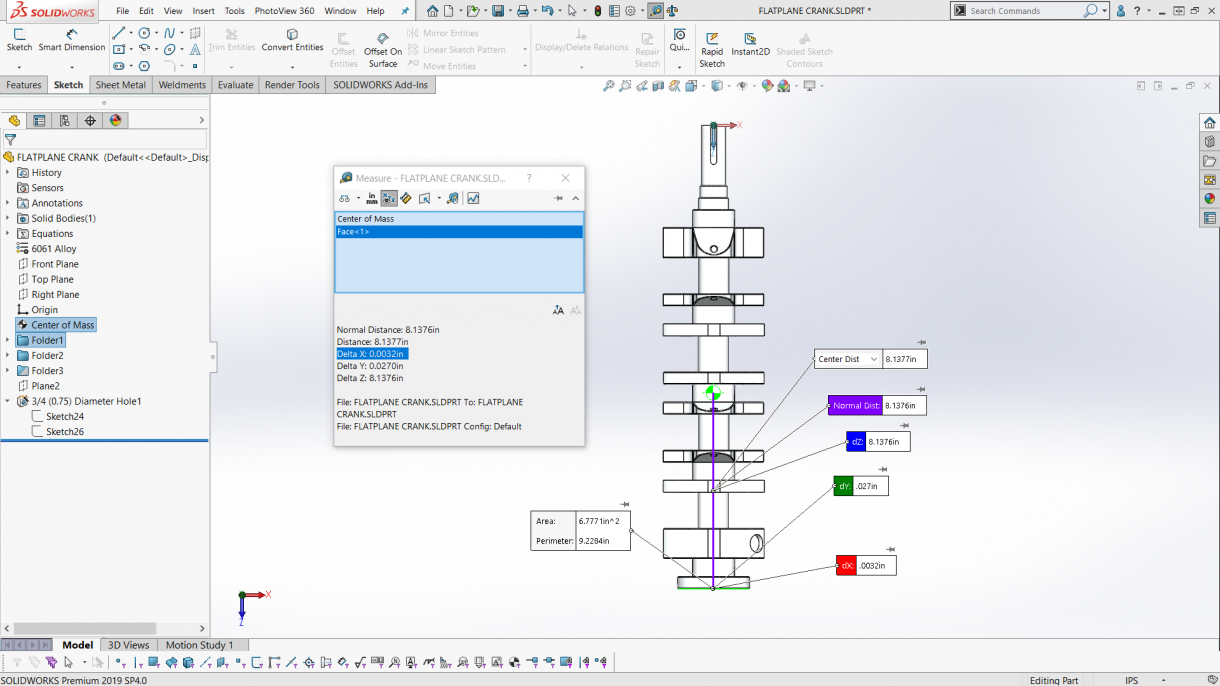 Weight removed from the bottom creates an unbalanced part.

There are a few ways we can add a SOLIDWORKS Center of Mass mark on the part side. 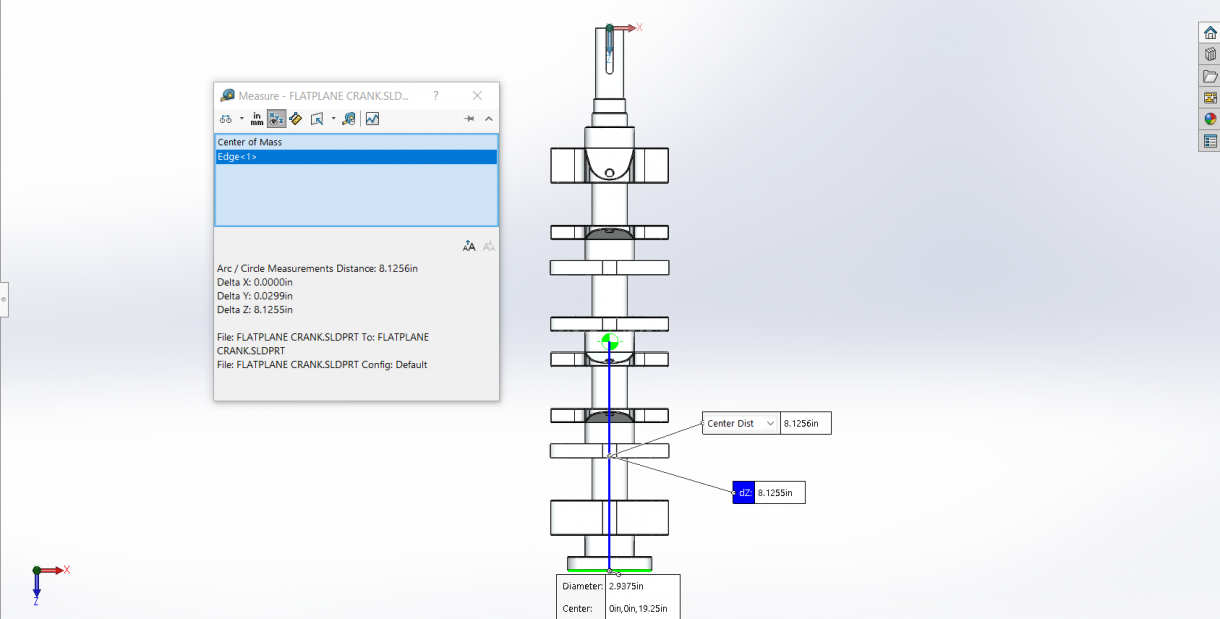 With that feature removed the part is balanced.

In the Feature tab, on the far right is the Reference drop down arrow and here is Center of Mass. 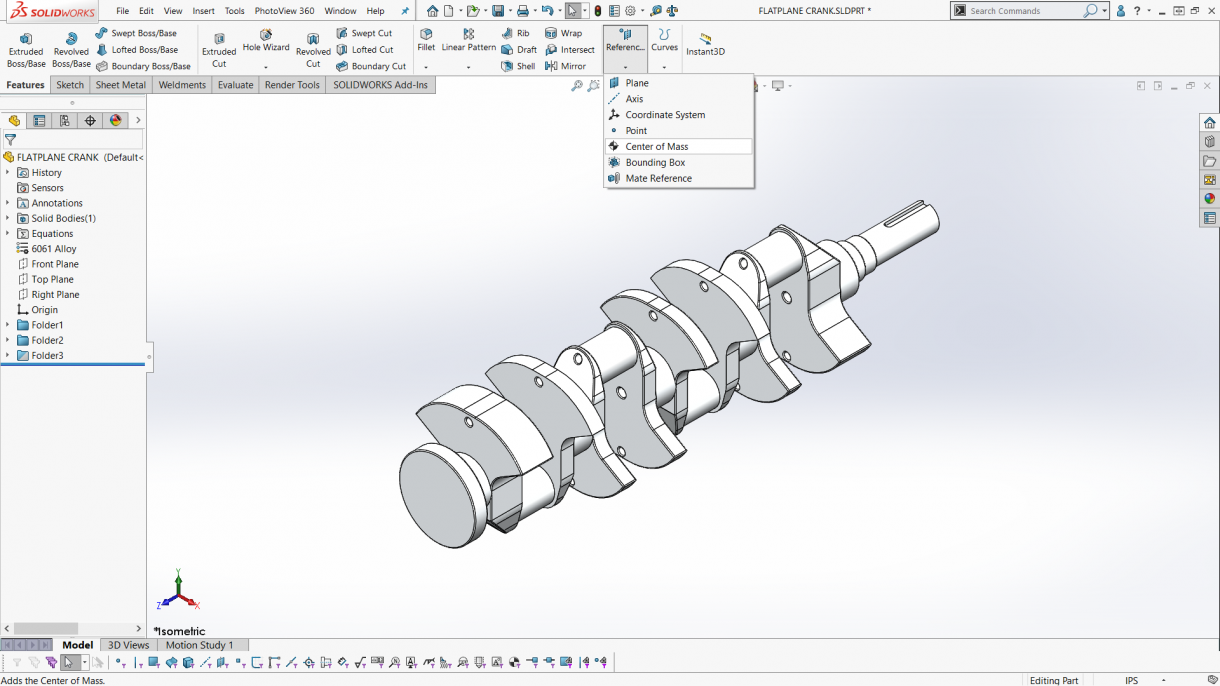 In the Evaluate tab, click on Mass Properties. This brings up a new dialog box. If you haven’t used this feature before it’s great to see the over mass, surface area and Center of Mass. There is a check box near the top Crete Center of Mass feature. You can check that and exit the Mass Properties. 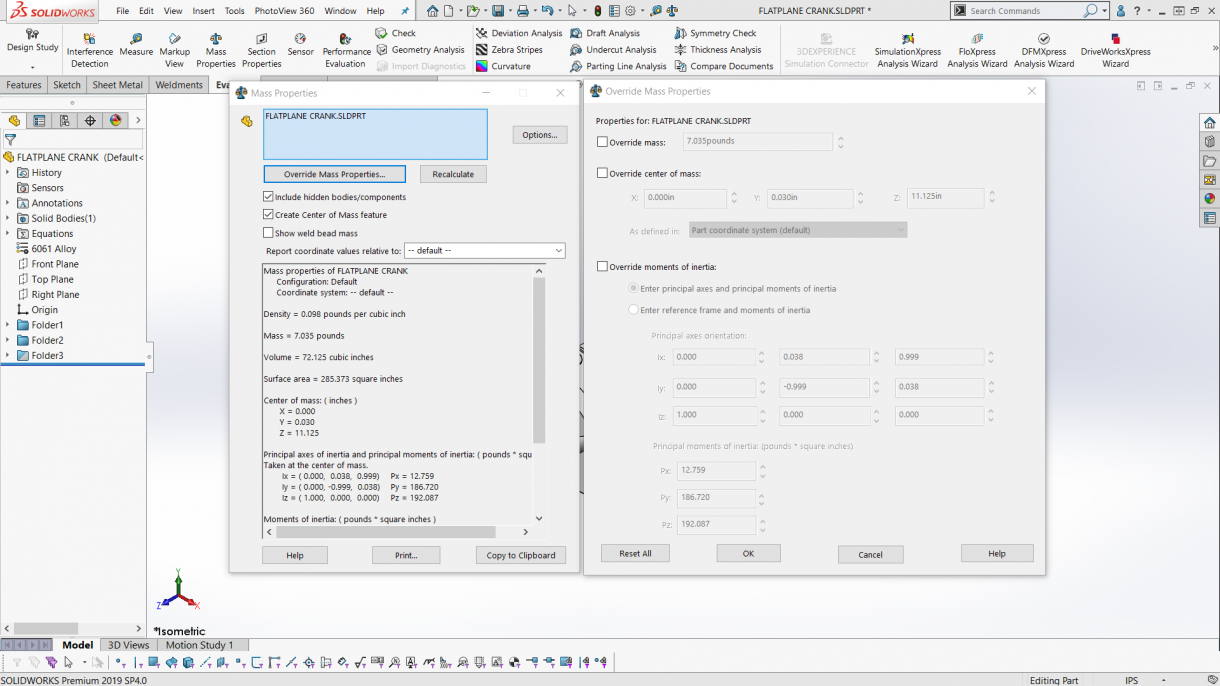 NOTE: Another trick to this is overriding the existing mass or Center of Mass. Right under the body selection is an Override Mass Properties button, clicking on that will bring up a near dialog box. Learn more about the SOLIDWORKS Center of Mass feature.