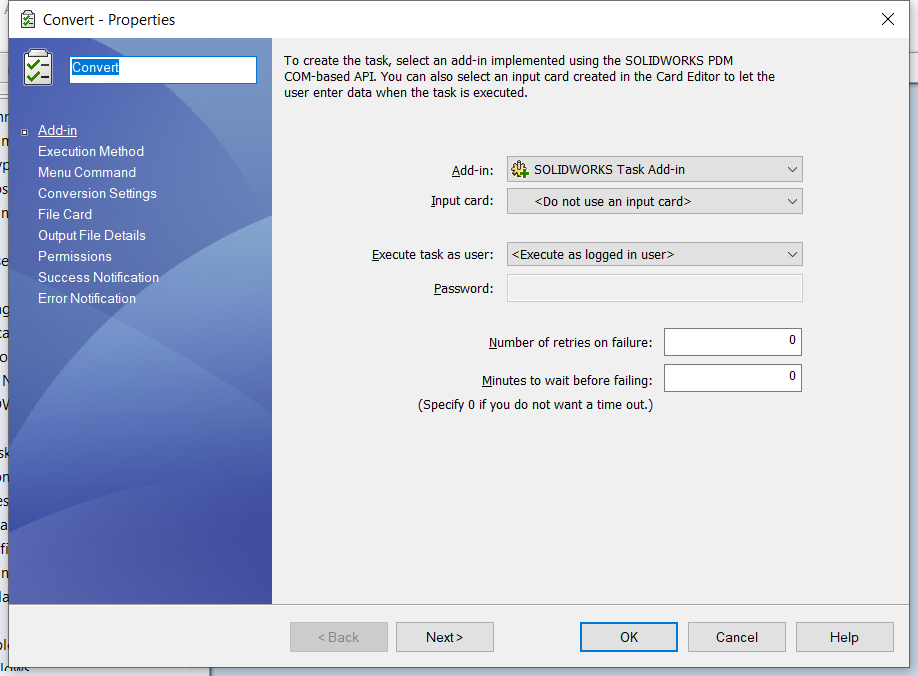 Typical reasons for a task to fail are slow network connections (if the PDM Task is being sent across a network), as well as insufficient resources on the Task Host (the computer where the task is being executed), can lead to crashing. In some situations, a previous SOLIDWORKS crash, can cause a PDM Task to fail.

When SOLIDWORKS crashes, sometimes the SOLIDWORKS executable remains running. You may have experienced this when you launch SOLIDWORKS and get the message shown below.

To resolve this issue, start the Windows Task Manager and look for the Process called SLDWORKS.exe. Then right-click on the executable and select End Task. Do this for all SLDWORKS.exe you find. If you have any open files, you should save them first, before ending the SLDWORKS.exe Processes. 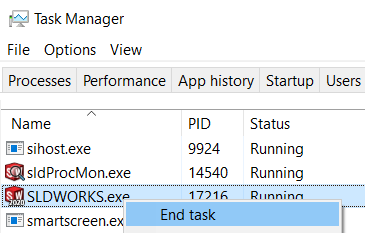 Posts related to 'Why did my SOLIDWORKS PDM Task Fail?'