As SOLIDWORKS users, sometimes we have to convert hand drawn sketch into SOLIDWORKS model provided by a creative professional, such as an industrial designer. Quickly adjusting the images in Adobe Photoshop can provide more accurate results when the images are used as modelling aids in SOLIDWORKS. 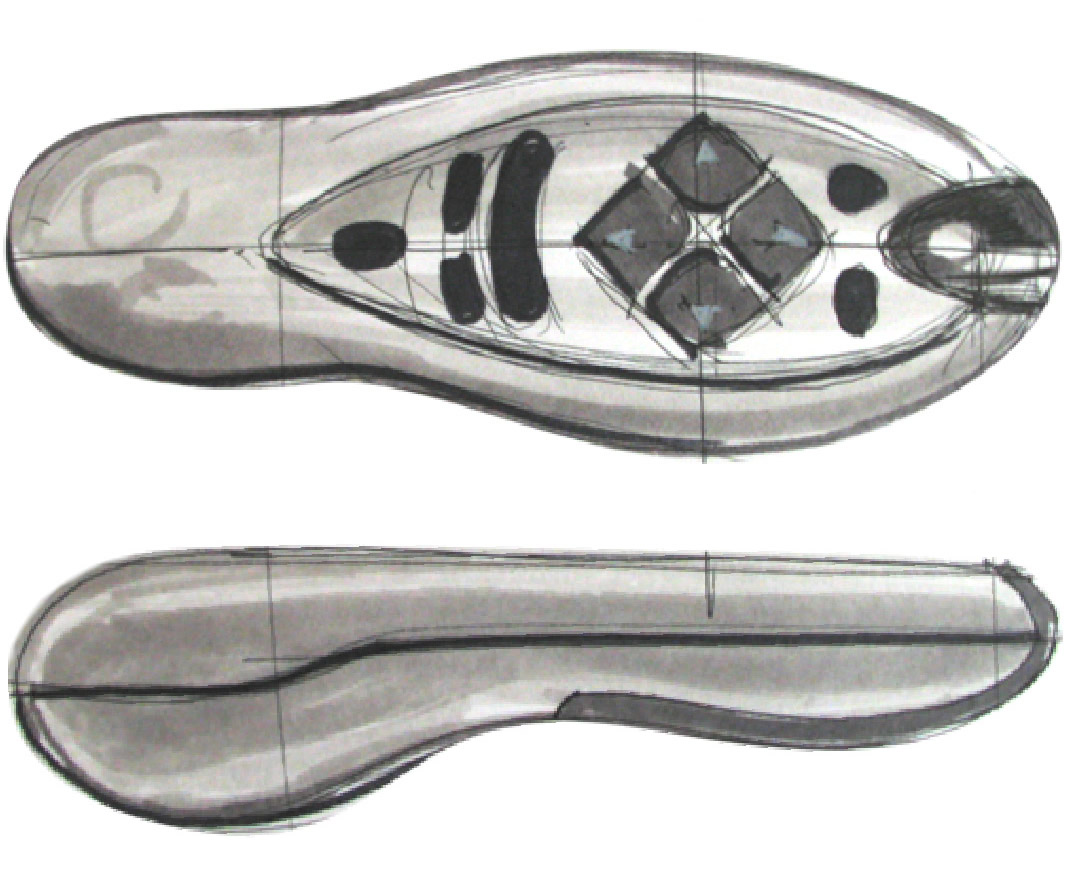 The above image is used in our SOLIDWORKS Surface Modeling training course. It is representative of a hand drawn sketch made by an Industrial Designer. In discussions with the designer, we have determined that the remote is symmetrical and the top silhouette edge in the side view is supposed to be horizontal.

Applying a Marquee in Photoshop

Next, using the Free Transform tool, I will distort the image to adjust the top silhouette edge as flat.

Adjust the image with the Free Transform Tool

I drag the top control point to distort the image, and then confirm the transform operation.

Then, I use the Hue/Saturation command (Ctrl-U) to completely de-saturate the image, turning it to true black and white.

Adjusting the Hue/Saturation of the image

Next using the Levels command (Ctrl-L), I will adjust the black/grey/white balance in the image to bring out the outlines of the product.

Here is the final Image.

Image imported into a SOLIDWORKS sketch

These techniques are also useful when reverse engineering parts. The image below is an example of a plastic remote control I reversed engineered. 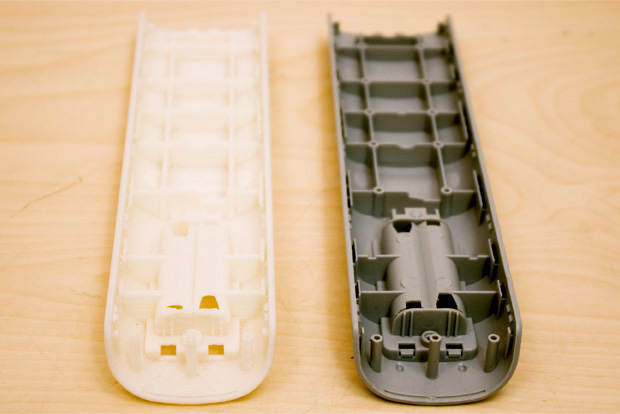 To model the curves of the remote, I used a camera to take a picture, and used the Photoshop Distort Tool to align for any slight distortion caused by the camera lens. I can now import my sketch to begin modelling. 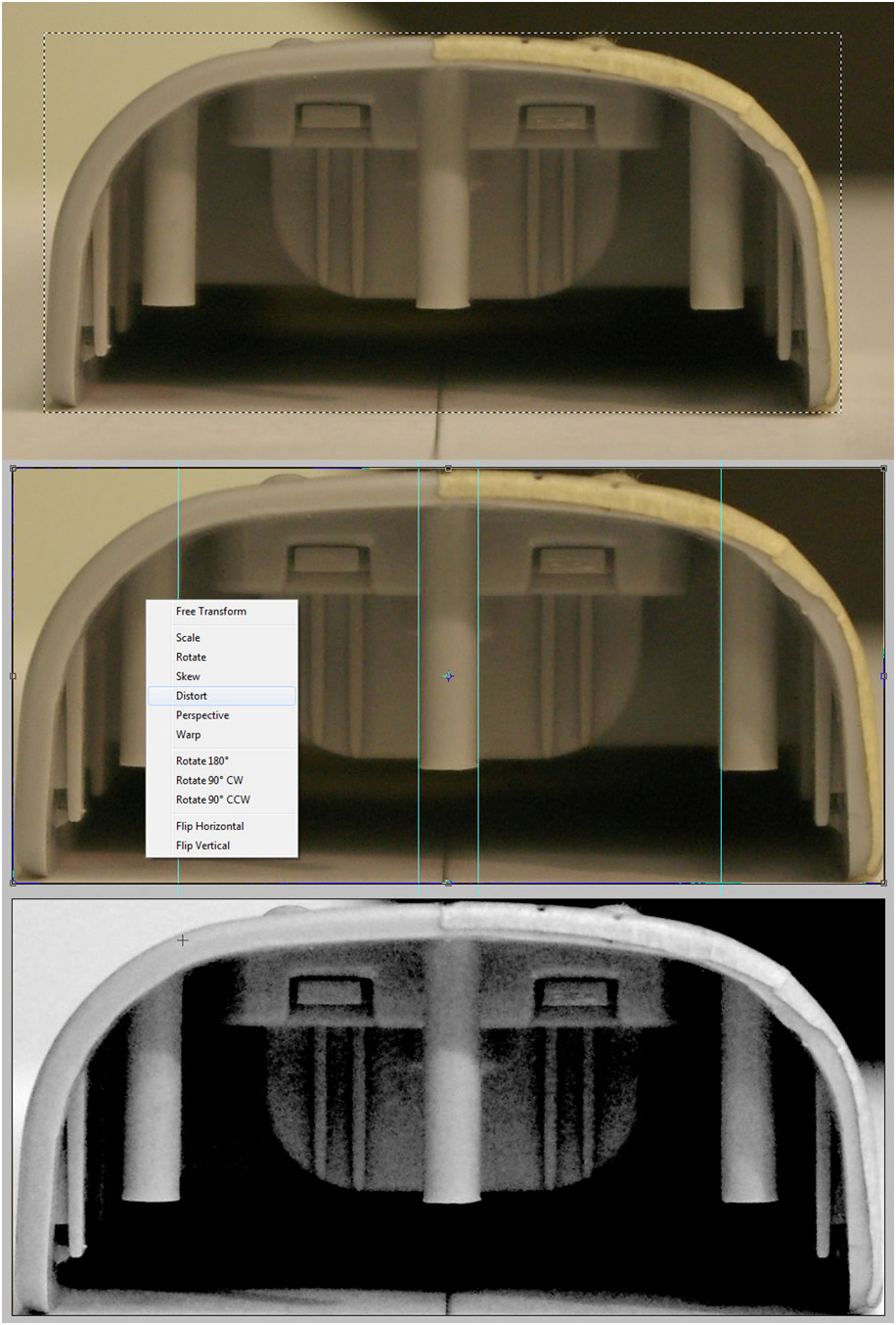 Why is my SOLIDWORKS Sketch Text Upside Down?

Adjusting a Sketch without having to use Edit Sketch

How to dimension a spline in SOLIDWORKS