In every major release of SOLIDWORKS, there will be countless enhancements and hundreds of pages of release notes. There will always be some key new features and improvements that take the spotlight, but often it’s the little changes that can make a big difference in your workflow and user experience. So, here are a few lesser known SOLIDWORKS features.

Sometimes, when the feature history of a model is modified, but the resulting geometry is the same, Fillet and Chamfer features lower on the Feature Tree can lose their references to the edges where they need to be applied. Previously, to fix missing fillet edges, the user would have to manually replace each reference, which in some cases could result in re-clicking dozens of red highlighted edges. A time-saving improvement was introduced in 2020 which allows the user to right-click and Repair All Missing References which will identify and re-assign missing references. 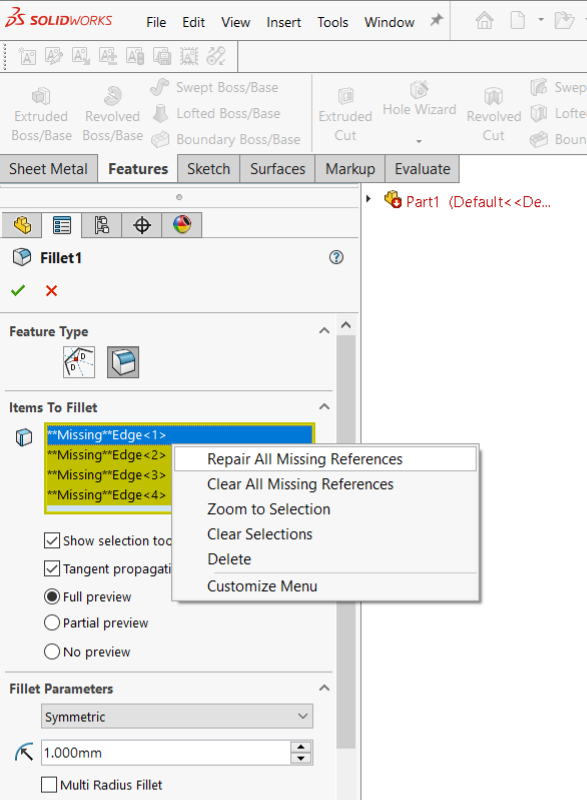 Using the Hole Wizard, holes can be generated which have a conical end to represent the shape carved out by a drill bit. In 2020, there is a new option in the Hole Wizard to specify whether the depth of the hole is measured to the tip of the hole, or to the shoulder of the hole (the edge of the tapered conical region).

In the image below, you can see how a 10mm deep hole can produce two different outcomes when defined by the shoulder vs. the tip of the hole.

If you’ve ever used surface modeling tools as an intermediate step to generate a solid, you’ve probably encountered the Thicken tool. Just like its name suggests, it applies a specified thickness to a surface body. In SOLIDWORKS 2020, the Thicken tool now has a new option to specify the direction for thickening. The direction can be specified by any axis, plane, planar face or surface, linear model edge or linear sketch entity. This update allows the user to have more fine-tuned control in their design intent. The image below shows three identical surface bodies thickened in three different ways.

A lesser-known feature that was added in SOLIDWORKS is the option to view translated feature names in the FeatureManager Design Tree. To view Feature Names in another language, right-click on the file name at the top of the Tree > go to Tree Display > Show Translated Feature Name in Tooltip > Select a language. After selecting a language, the translated name of the features will show when the mouse is hovered over a feature. This new capability can improve technical communication for users who speak multiple languages or who work with international vendors/clients.

The Alternate Position View creates a phantom dashed-line overlay of a different configuration of a part. Prior to 2020, this capability was only available for showing different positions of assemblies. But now, multiple configurations of parts can be displayed on top of one another to communicate different variations of the same core model. In the image below, the Alternate Position View was used to show the two variations of the plate. 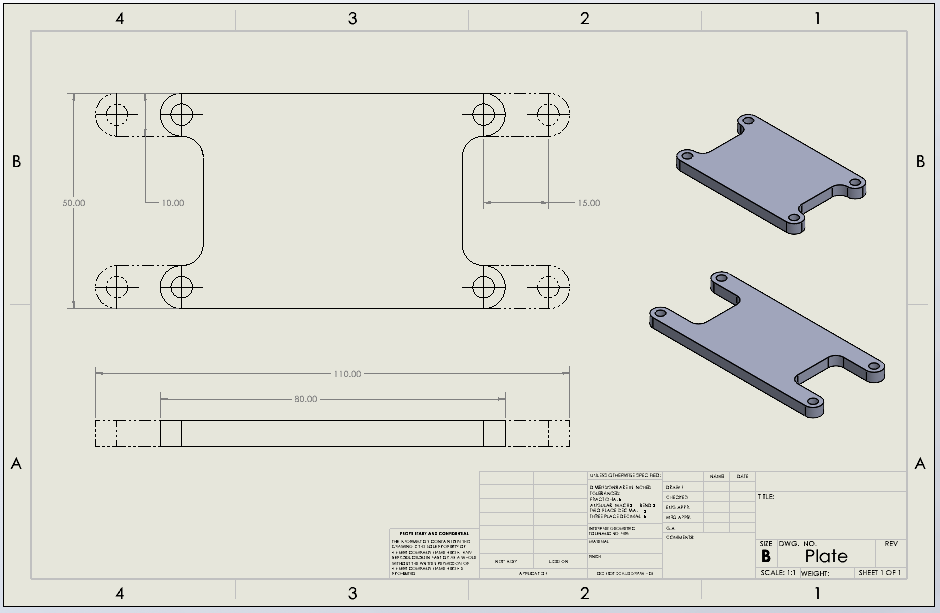 Attend a SOLIDWORKS Advanced Update Training Course to learn the advanced functionality within the core SOLIDWORKS product including all the features you wish you had known about before.

Posts related to 'Lesser known SOLIDWORKS features you should know'