Many users are aware of the ability to configure SOLIDWORKS assemblies to show different instances of products in a similar product line.

Configurations of an assembly allow us to suppress features and mates as well as change values on dimensioned mates, in an instance of the file that is stored inside the overall assembly file. See the images of a CO2 Extraction Cart below for an example of a configured assembly: 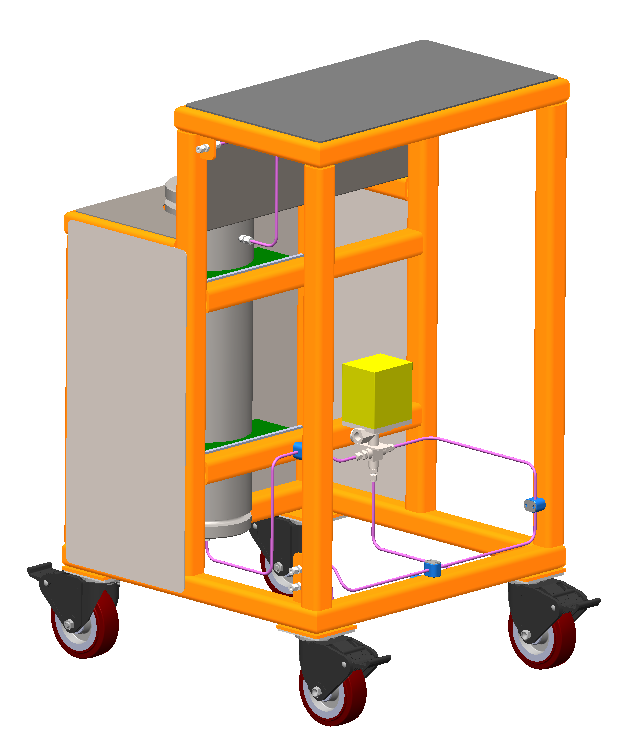 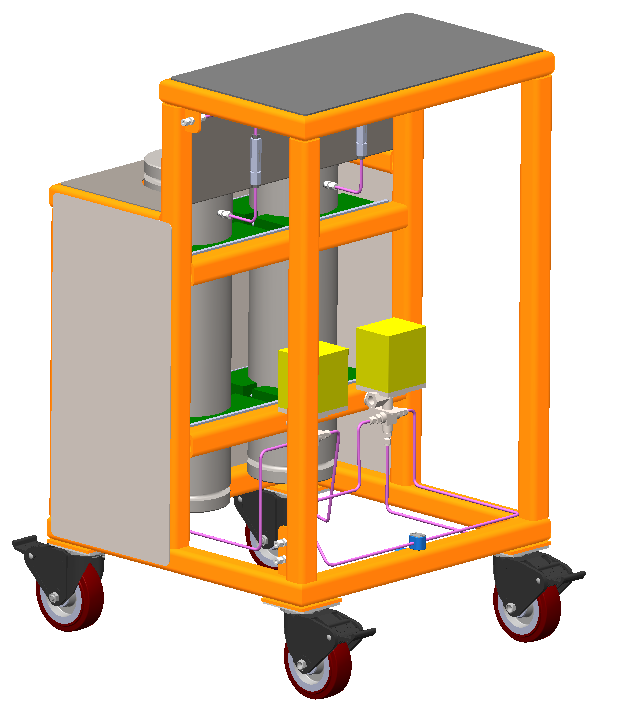 Differences between the Configurations

Some major differences can be seen between these two cart configurations. The “Dual” configuration has different routing and an extra valve and pressure vessel than the “Single” configuration.

One thing you may notice about these carts is that there are a lot of shroud panels making the interior components hard to see. While drawing new tubing or adding parts to the assemblies these panels could get in the way. One may be tempted to make two extra configurations of these with the shroud panels suppressed as a solution to this, but that would not necessarily be the best practice. If the intent is just to hide certain components, a single display state can be made and toggled between while in either configuration. The trick is to make sure display states are not set to be linked to configurations.

In the screenshots below, I have made two alternate display states from within only one of the configurations.

With simply two configurations and two manually inserted display states we have effectively done what would have taken 6 separate configurations (the original two images were from the Default display state which I renamed to “All components Shown”. Using the display states is much less computationally demanding than having unnecessary configurations. See screenshots below for more explanation to configure SOLIDWORKS assemblies. 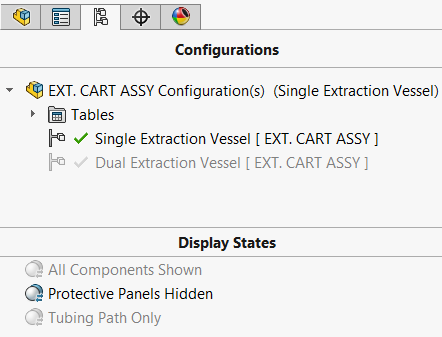 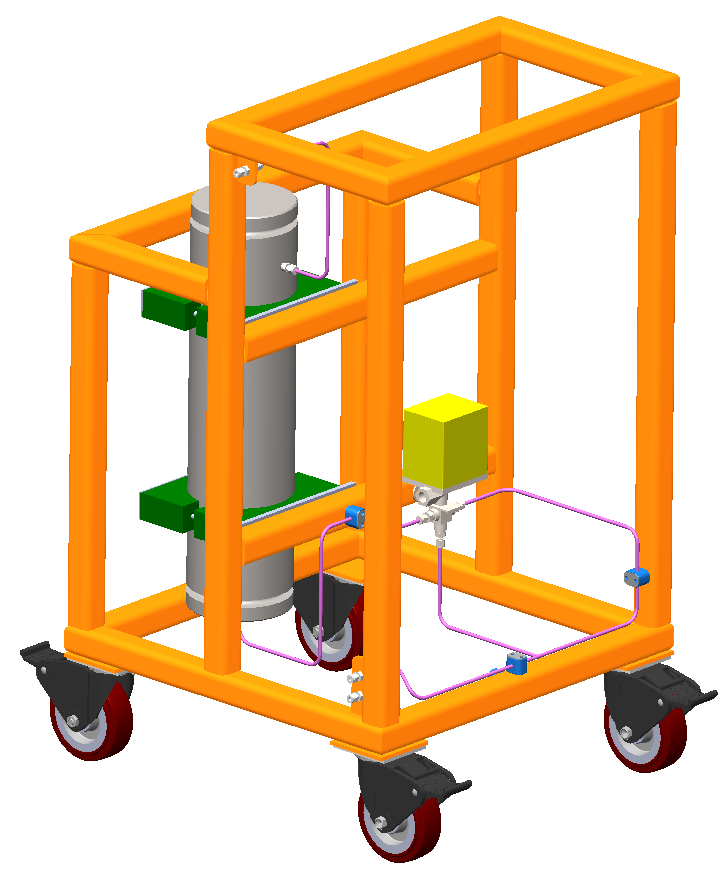 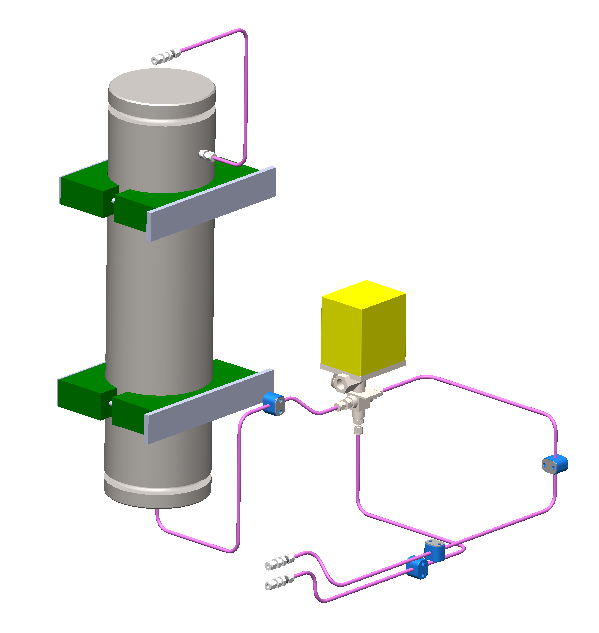 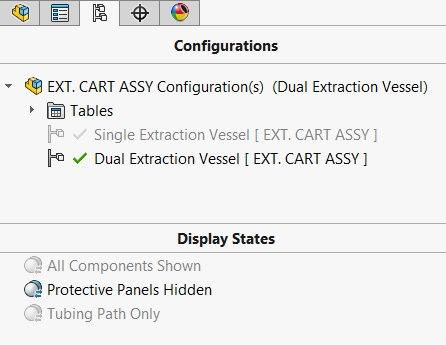 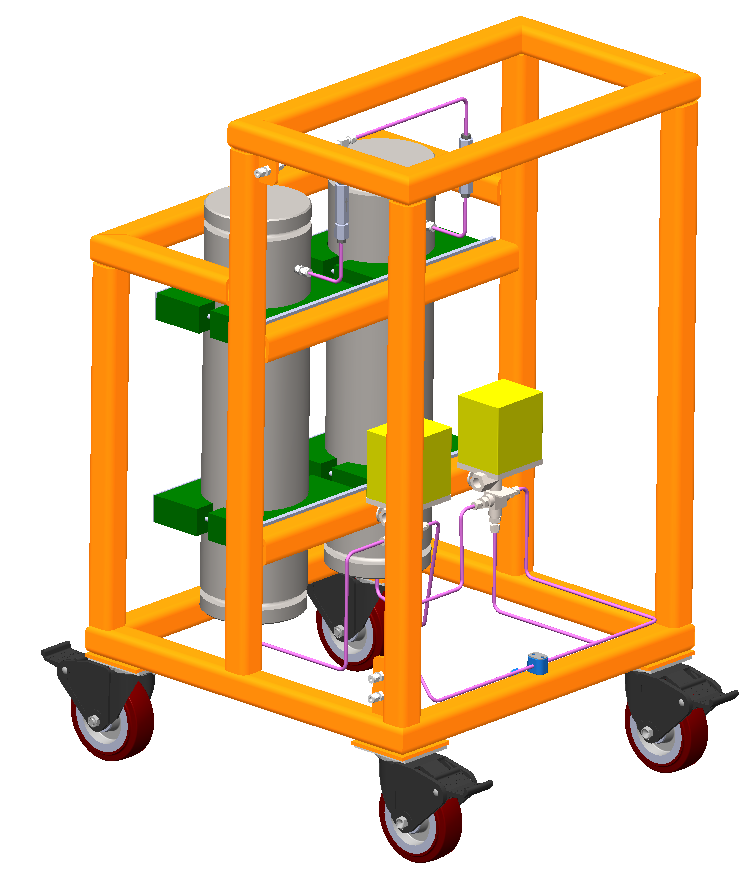 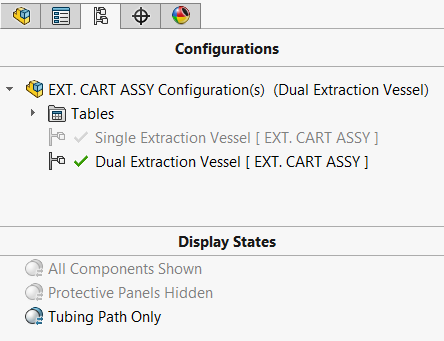 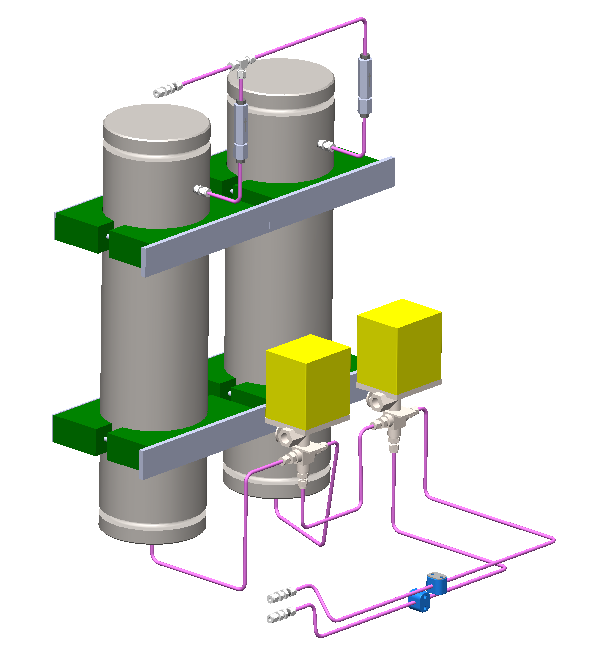