SOLIDWORKS Simulation 2021 has made significant improvements to solver performance that can reduce the solution times of some studies.  The improvements are focused on studies with a large amount of surface-to-surface contact elements. 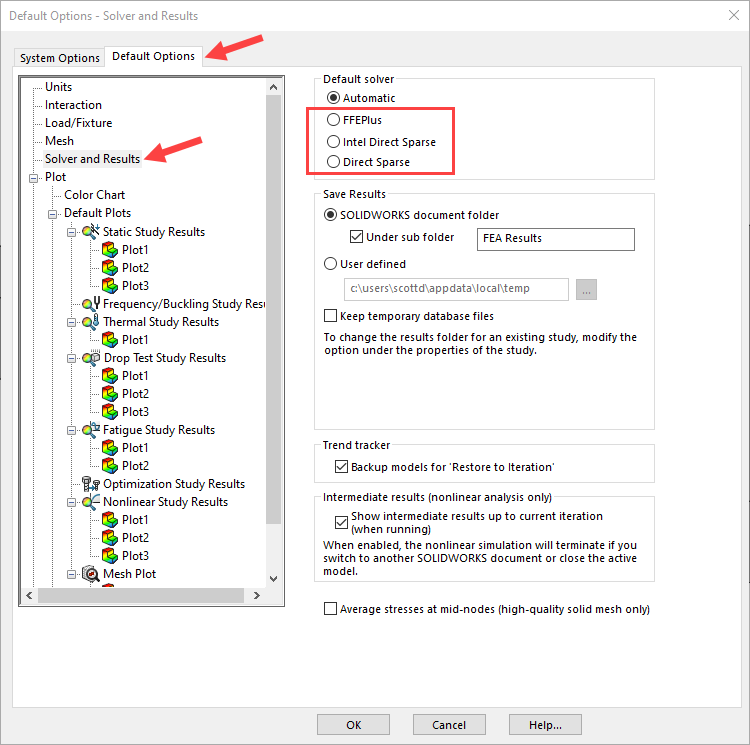 The Automatic option will choose between FFEPlus or Intel Direct Sparse based on an algorithm.  Factors for the selection include: number of equations, load cases, mesh type, geometric features, contact and connector features, and available system memory.

Within each study, you can manually change solvers under the Properties.  The two listed will be FFEPlus and Intel Direct Sparse.  Other solvers are listed within the ‘More Solvers’ dropdown. 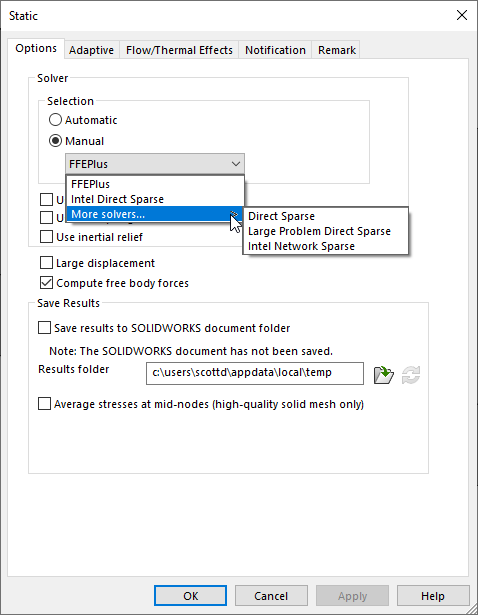 I’ve run a few tests on a simple study with two parts coming in contact using a Global Contact interaction (formerly No Penetration).  This will use Surface-to-Surface contact. 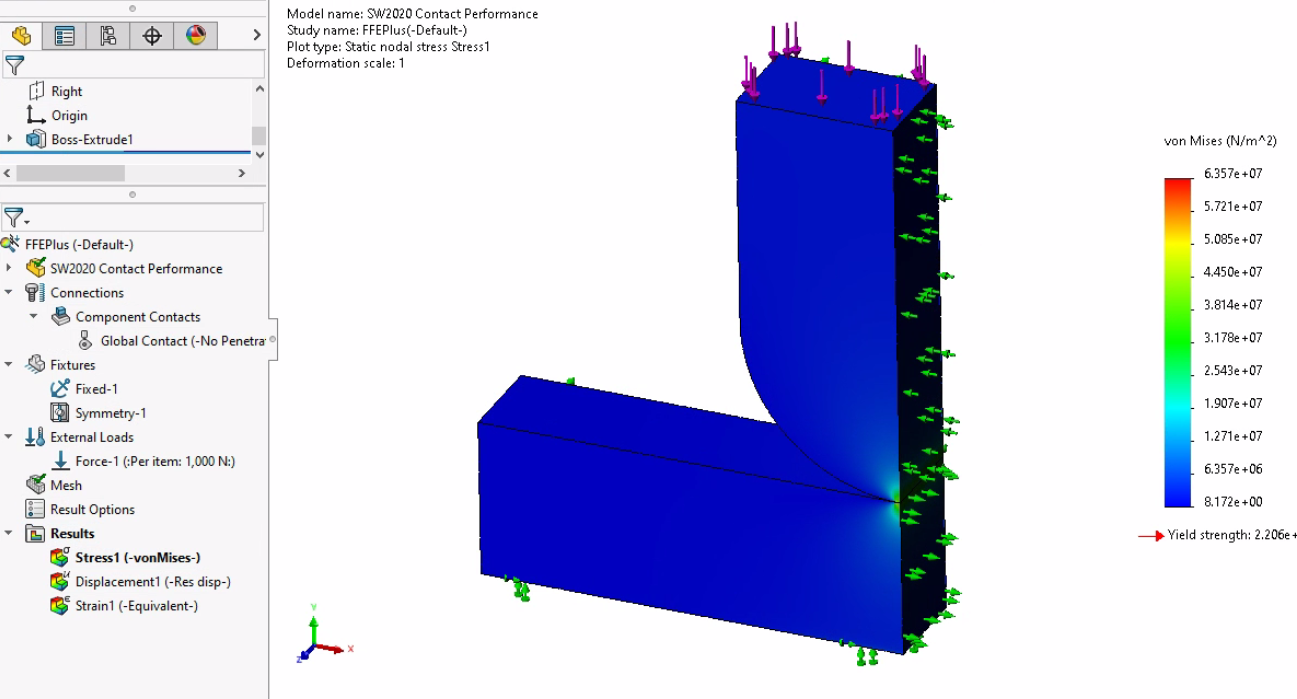 The solution time for the FFEPlus solver is improved due to parallel multicore processing.  The reduced solve times are more pronounced with studies that have at least 10% contact elements of the total elements.

The nature of the improvements do have limitations.  The new processing method is not implemented for studies that contain the following:

In this example, I applied a very refined mesh to exaggerate the solve time.  SOLIDWORKS 2020 took 7min 48s to solve with FFEPlus.  Running the exact same setup in SOLIDWORKS 2021 took 6min 5s. 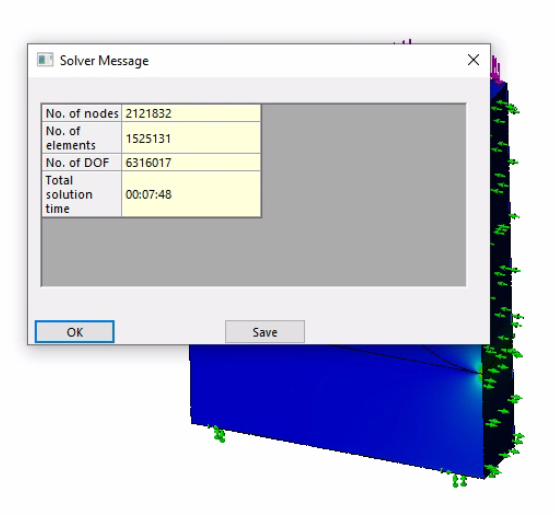 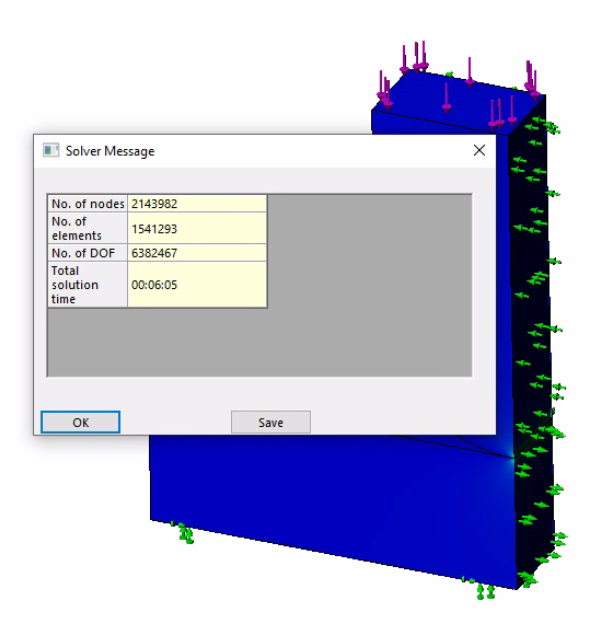 Studies with a large number of contacts were typically more stable with the Direct Sparse solvers.

When this study was run with the Intel Direct Sparse solver in SOLIDWORKS Simulation 2020, it fails completely. 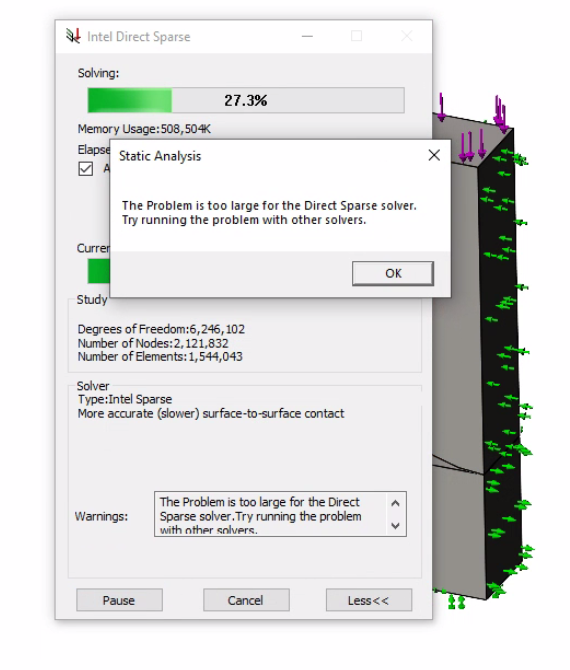 With SOLIDWORKS Simulation 2021, the Intel Direct Sparse solver can now make use of all available memory.  If it exceeds the amount of memory available, disk space is used to complete the analysis.  This is referred to as an out-of-core solution and will be take longer since disk storage is much slower than memory storage.  The solver can now run linear static and nonlinear studies with more than 4 million elements.

With SOLIDWORKS Simulation 2021, this study does solve with Intel Direct Sparse.  In my test case the large number of degrees of freedom required 46,920 extra MB of RAM to solve directly.  Therefore it went out of core and took longer.  However in some scenarios where the FFEPlus solver fails, we can now solve with the Intel Direct Sparse solver. 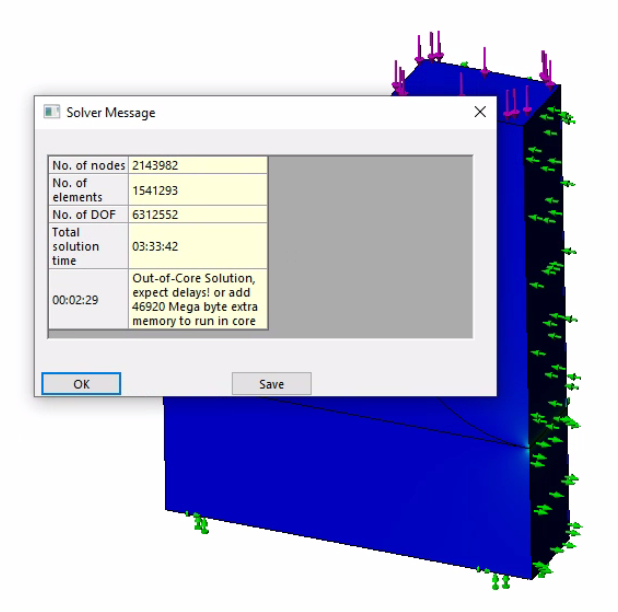 SOLIDWORKS Premium and SOLIDWORKS Simulation Standard licenses will still benefit from the performance improvements however these are limited to a maximum of 8 physical cores.

Hidden Gems in SOLIDWORKS 2021 and Later

Copy Tabular Simulation Results to the Clipboard in SOLIDWORKS Simulation 2021