How to Show Part Knurling in SOLIDWORKS – Part 2

Article by James Swackhammer updated May 13, 2021

In my previous SOLIDWORKS Knurling article, I promised this process would get much easier than being thrown into the deep end like in part 1. This is a kiddie pool in comparison.

What I’m going to do in part 2 is very similar to what we suggest for fasteners, and that is to add an appearance of the implied cut to a selected face.

Going over to the right Task Pane and selecting the “beach ball” looking icon. Here are the predetermined appearances SOLIDWORKS has to offer. 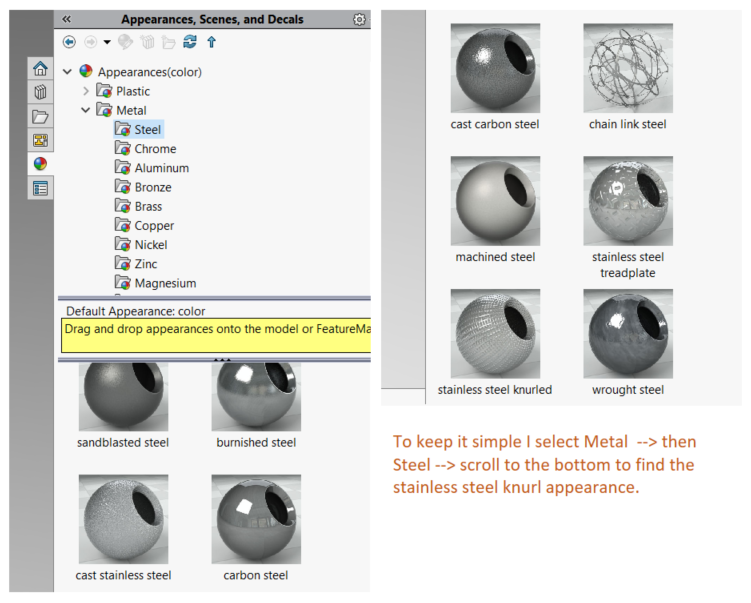 SOLIDWORKS Appearances in the Task Pane

I prefer the drag and drop way to attach an appearance. I get this selection filter for face, feature, body or part. I will choose face. 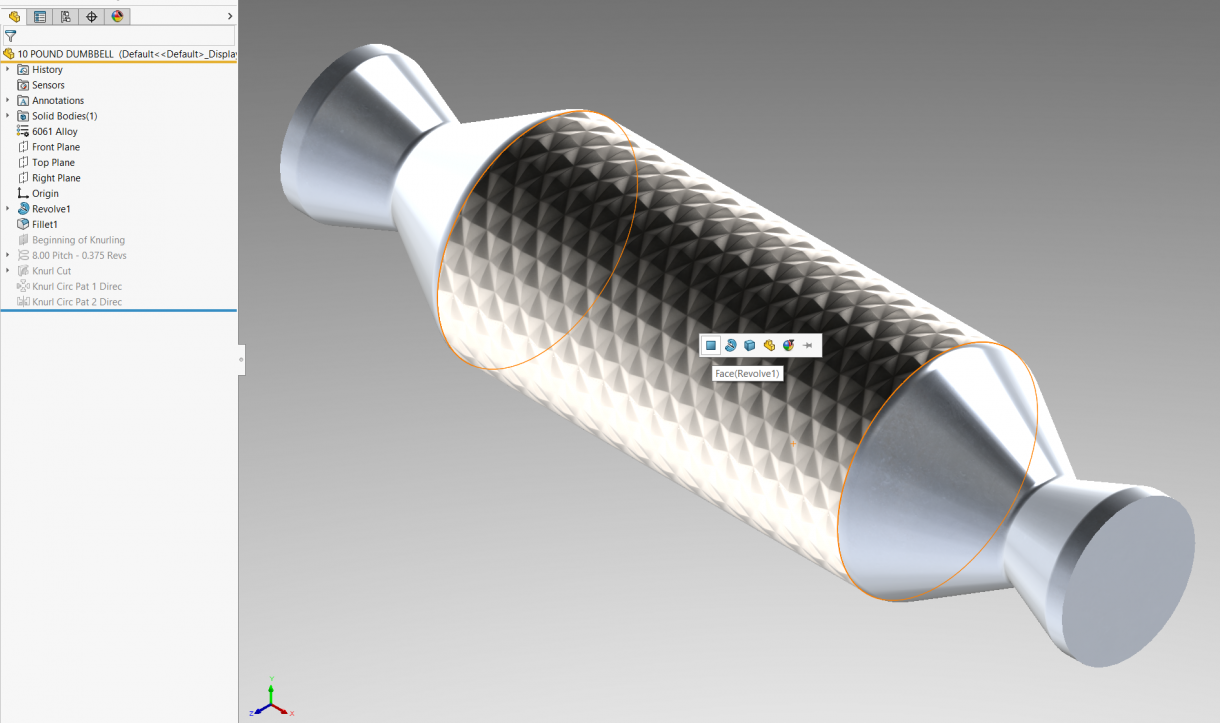 On my part the knurling appearance came out a little large for my taste for going to the “beach ball” in the Feature Manager Design Tree on the left, it allows me to edit the appearance. In the Mapping tab, near the bottom is what I like to call small, medium or large. 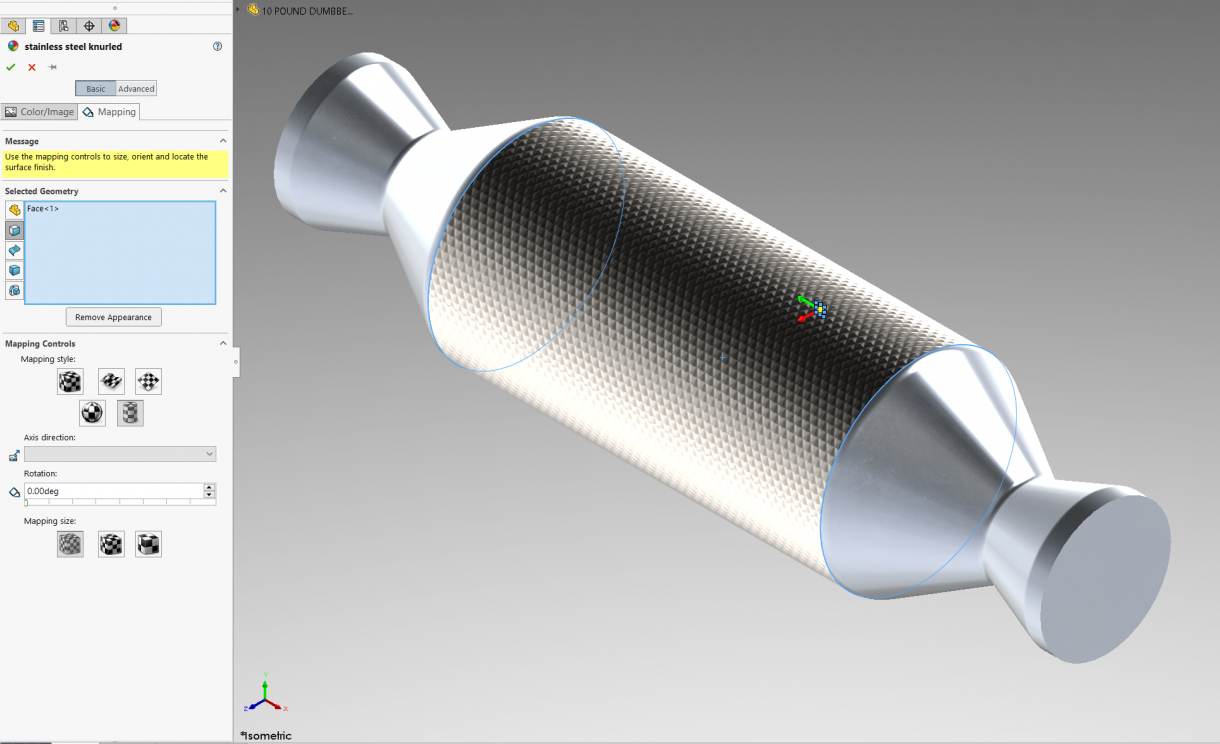 The settings can be highly modified for the appearances. I hope you took a deep breath before you clicked the advanced tab, because there are many options here for another article to explain.

You might be thinking that this was too easy, well you are right and there is always a higher diving board to jump from. For the next article in my SOLIDWORKS Knurling series I will show how to divide the faces to get the knurling/appearance a specific area rather than the entire face.