How to Show Part Knurling in SOLIDWORKS – Part 3

Article by James Swackhammer updated May 26, 2021

We will need to break these faces apart.

I am using my favorite sketch rectangle command, Center Rectangle with midpoints selected. This allows me to start from the origin and branch out. I made the top and bottom lines coincident to the cylindrical edges, making them construction lines. Then, just adding in a dimension for how long I want the appearance to be. 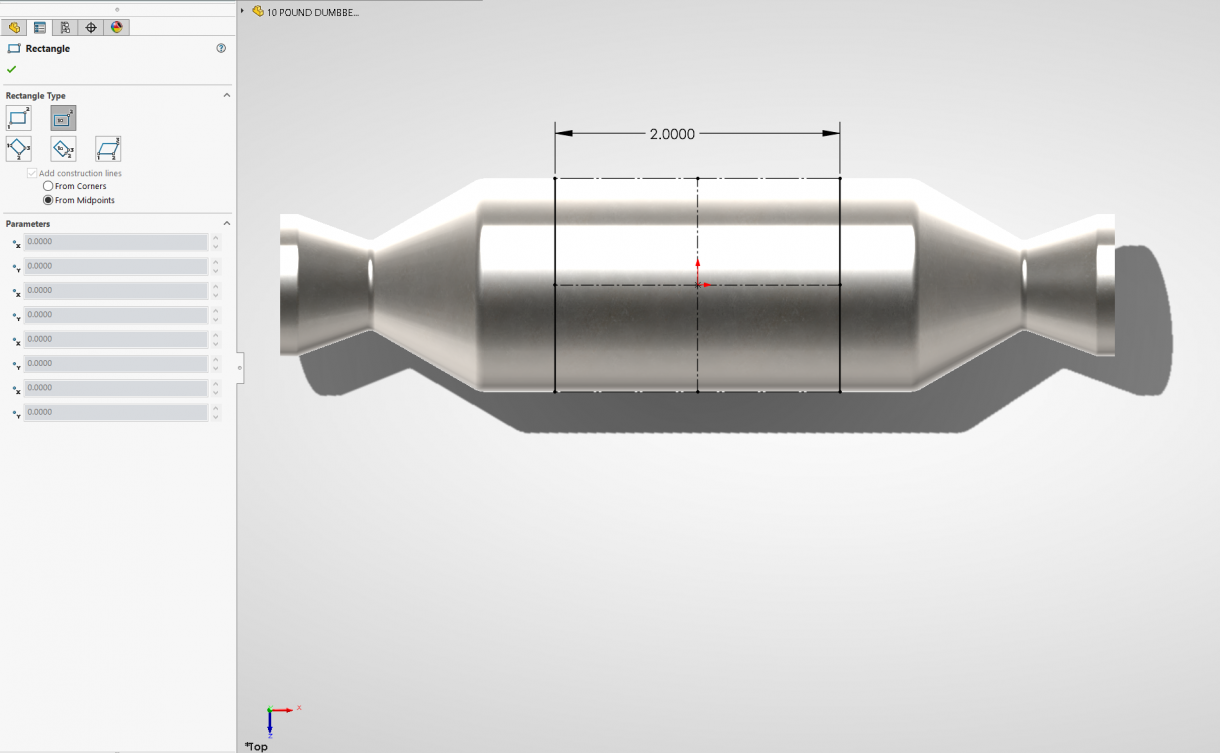 Starting a new sketch on a mid-plane

To separate the face we need to use a command called Split Line, which is located in Features and within the Curves dropdown. 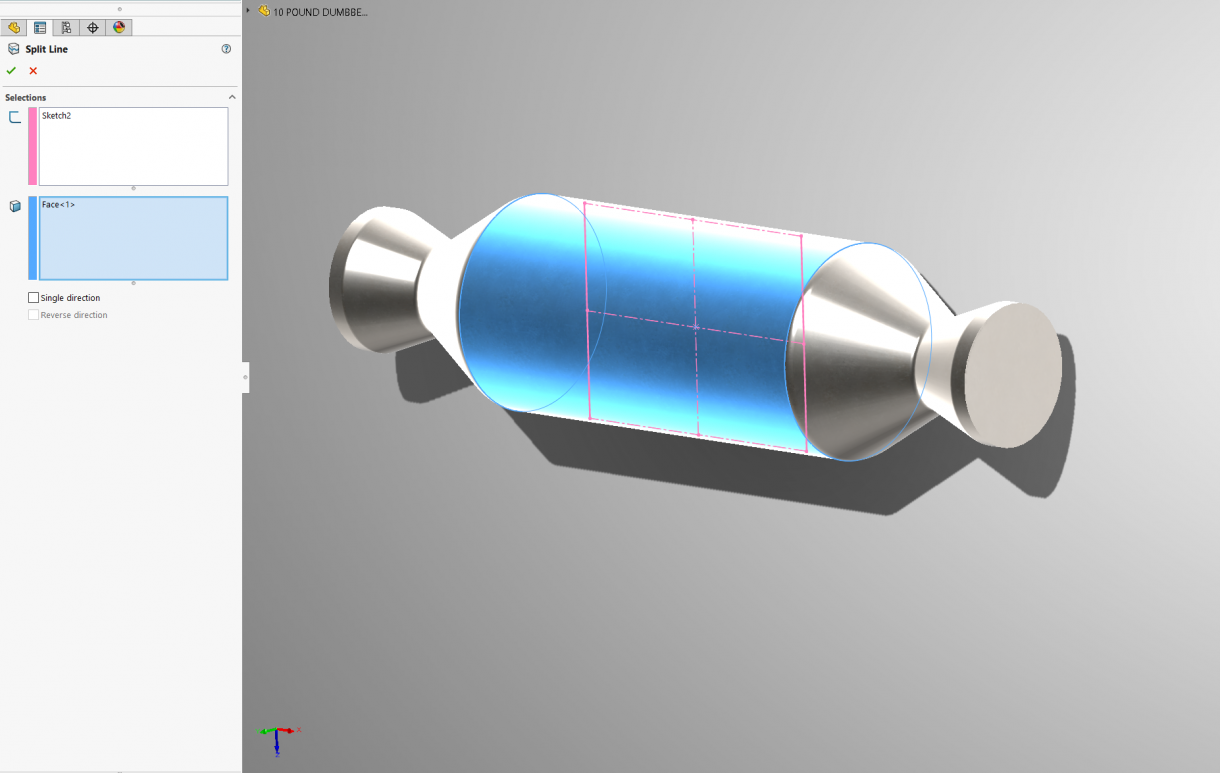 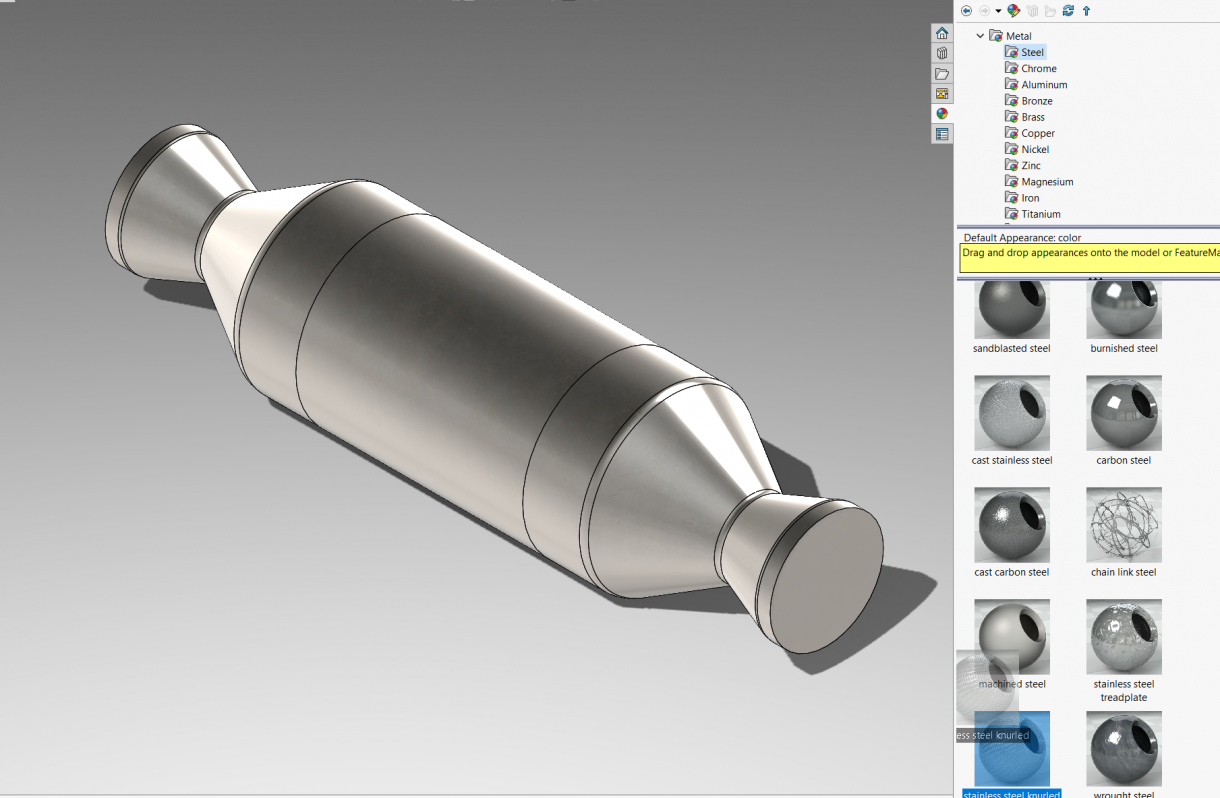 Drag and drop an appearance onto the face.

To ramp this up another level, the initial sketch for the Split Line can be modified to include more faces to split. 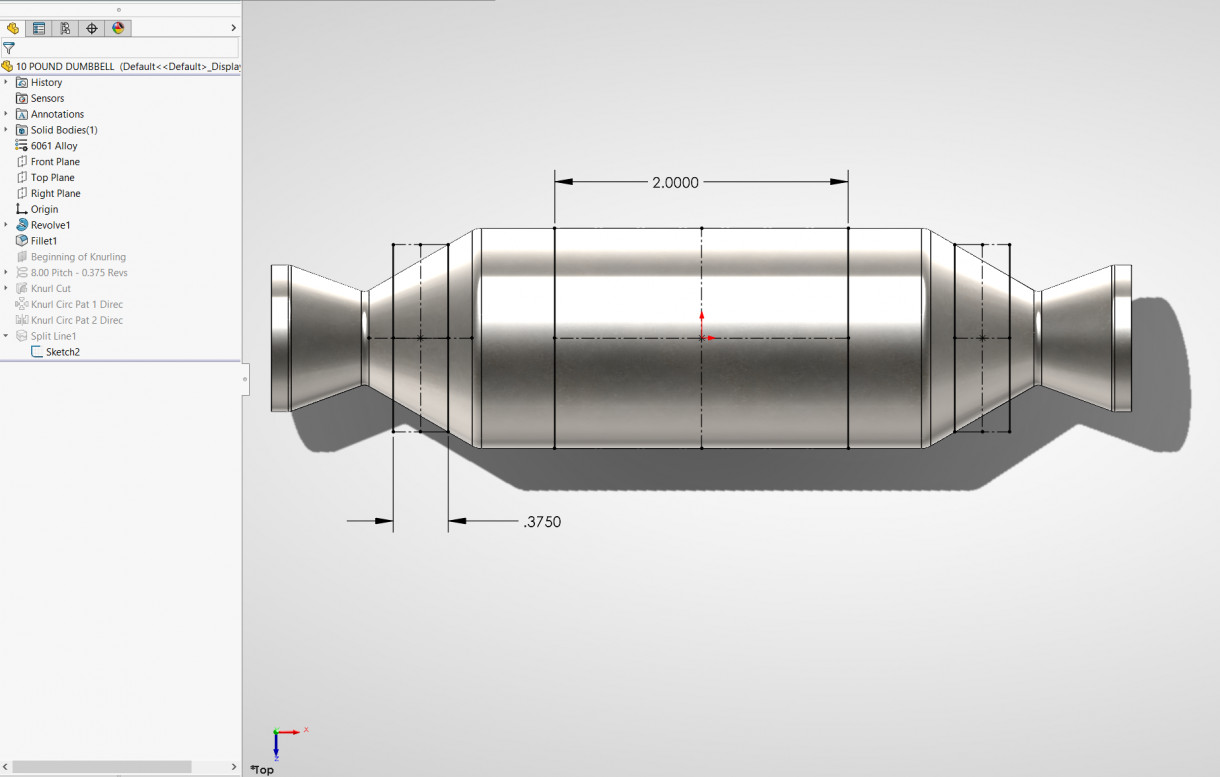 The same Split Line command can also be modified to add more faces. 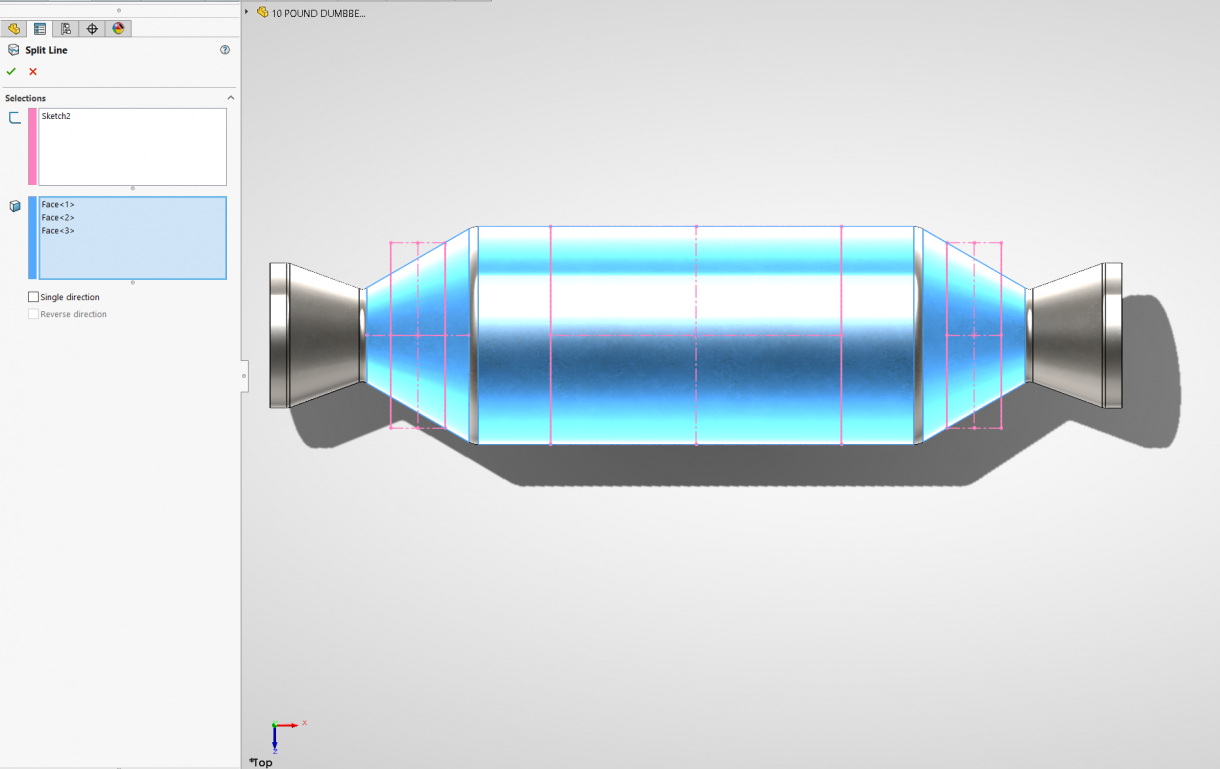 After dialing in the appearance to our liking we can go to the appearance “beach ball” in the Design Tree area and while holding the ctrl key, we can drag and drop our knurling appearance onto the other split faces. 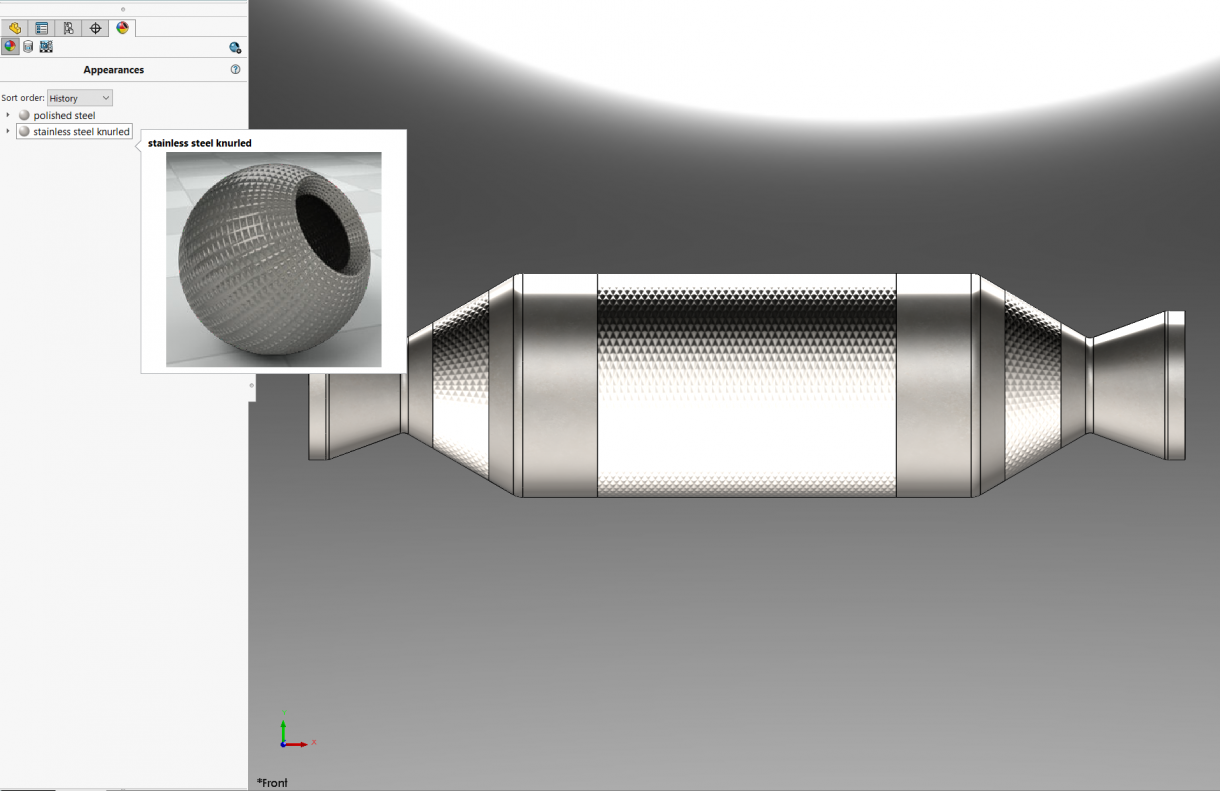 This doesn’t have to be knurling specific, this method can be applied to any appearance and Split Line command.