The SOLIDWORKS Defeature tool was introduced in the 2011 release.  This feature provides an easy way to remove proprietary information from your models before sending it to clients for their use.  The tool can be found under Tools > Defeature. 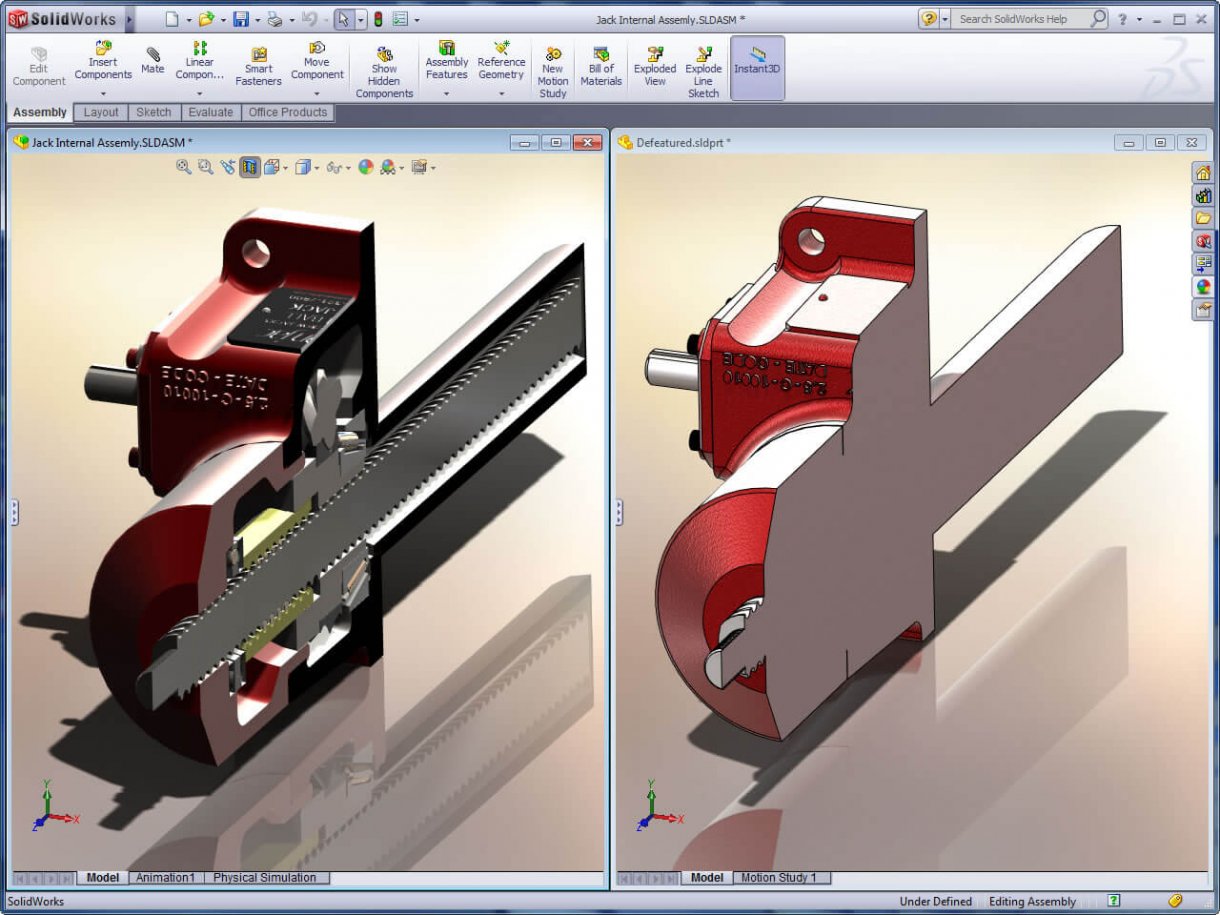 But this tool can be useful even if you aren’t concerned about confidentiality but just want a simplified model to send quickly.

However the end result will be imported bodies without features to edit.  The tool allows you to remove insignificant components and features from the model.  If it is an assembly, the remaining components are saved internally in a new assembly file.  This means you can send a single assembly file to clients without the need of referenced parts and subassemblies.  And with the simplification, the file size and rebuild times are significantly reduced.

From this sample Jack assembly, the zipped Pack & Go files were about 23MB.  The zipped single defeatured assembly was only about 2.5MB.  I’ve also compared the rebuild times below using the Assembly Visualization tool.  The left window is the original assembly showing the rebuild times for each component.  The right window shows the defeatured assembly which is much simpler and faster. 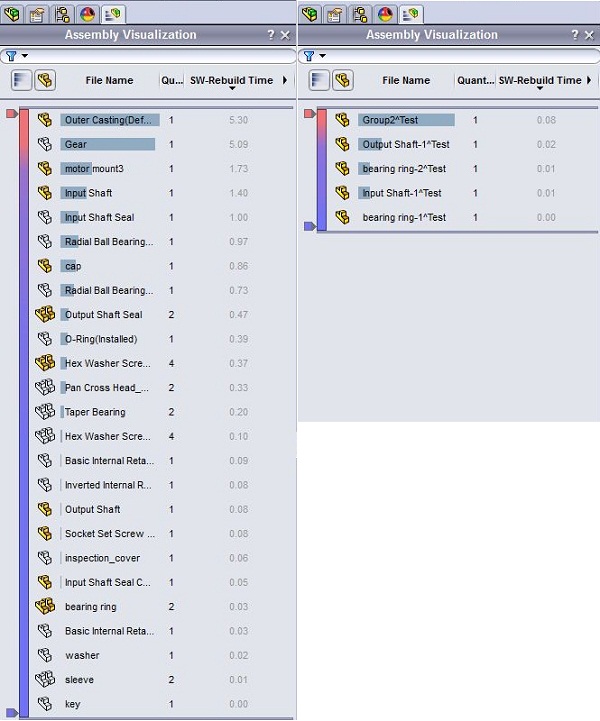 SOLIDWORKS 2019 provides the Fastest Way to Your Ideal Silhouette

How to protect your Intellectual Property when sharing SOLIDWORKS files