This post originates from a discussion I had with students in my SOLIDWORKS Essentials training course a few months ago. Some time, in the third day of the course, we decided to take lunch together so I could answer all questions in regards to their further training paths.

One particular recommendation provoked quite a stir: I stated that the SOLIDWORKS Surface Modeling training course should be taken by every SOLIDWORKS user, not only by industrial designers and “artists”. I mentioned the standard benefits: ability to repair imported solids, gain more control over the design intent and find unique modeling solutions. I also said that in a lot of cases they will save a lot of time using surfaces to modify solids.

At this point, the discussion became a heated debate. Apparently “everybody knows” that surfacing is “very complicated, cumbersome to use and slow”. Students who previously used other CAD software told us how hard it was for them in the past to even understand the surfacing tools found there.

Instead of arguing, I showed them a few quick examples of hybrid modeling (surfaces affecting solids). I just wanted them to remember what they saw if they ever found themselves in situations where standard solid modeling workflows were not good enough or fast enough.

Last week I received a phone call from one of these students, who remembered the demonstration. He wanted to insert text embossing non-planar faces so that the letters would seem to radiate from a curved face; something similar to the model shown in figure 1 below: 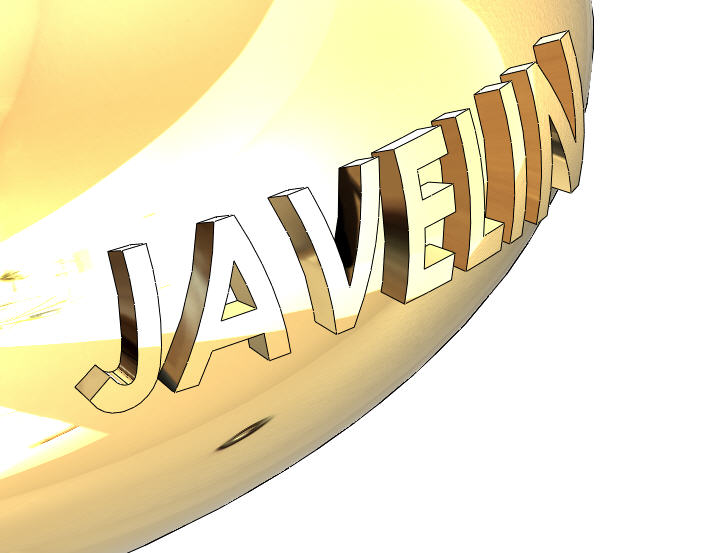 He had tried using an extrude boss with the end condition as “Offset from Surface” but the side faces of the letters were not normal to the main surface (fig. 2). 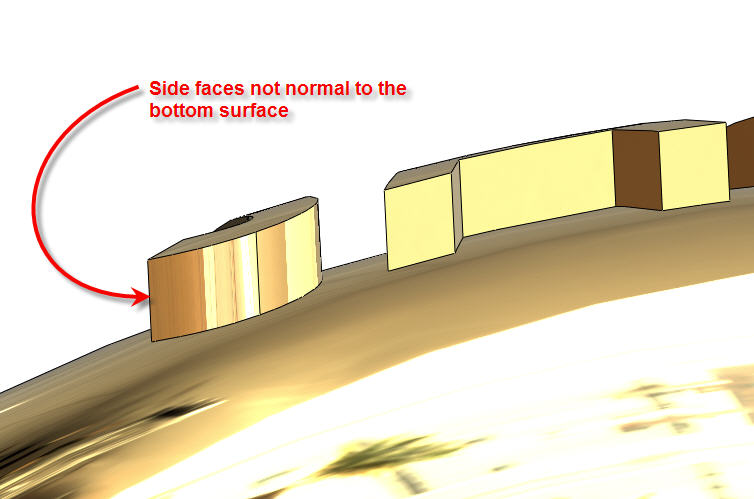 In this article I will not be using his original file, instead I will “flatten a sphere” for the main body. Let me thank our friends from SolidWorks Legion for sharing with us various solutions for creating an ellipsoid. I used the “scale a sphere” technique and I liked it so much that I will mention it here. 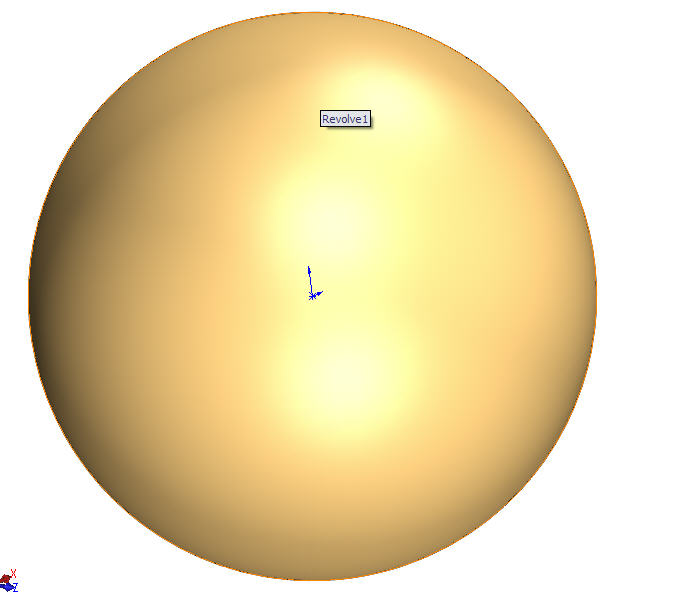 Fig. 3 Start with a Sphere

Step 2: Scale the solid body in one direction only in order to “flatten it” (fig. 4). 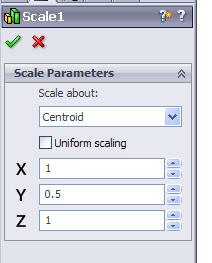 Fig. 4 Scale the sphere in order to flatten it

Step 3: Now we get closer to using a few surfacing techniques. Let’s write the text in a sketch as per fig.5. 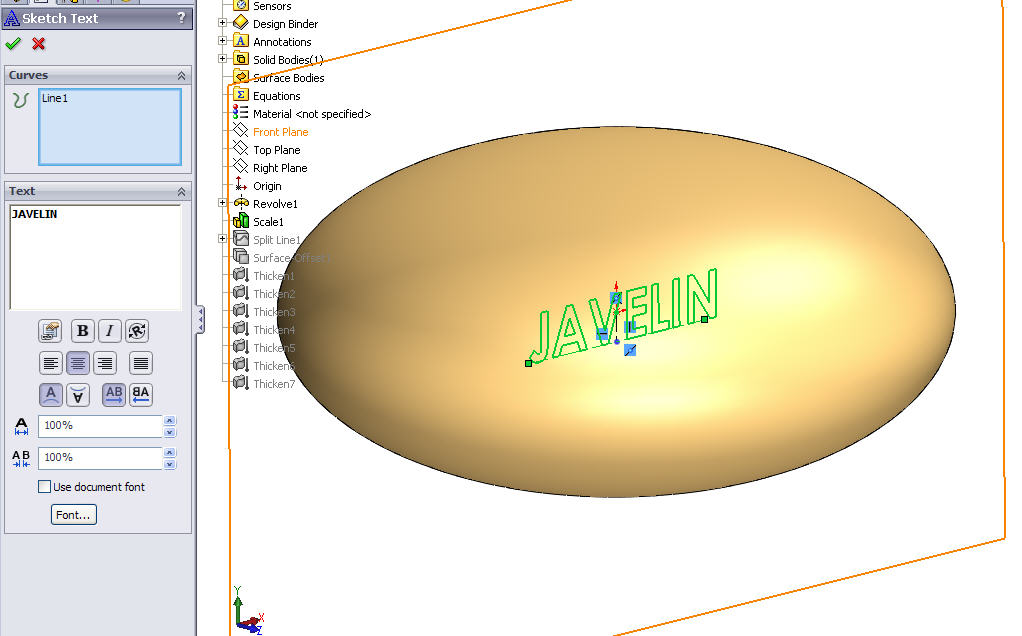 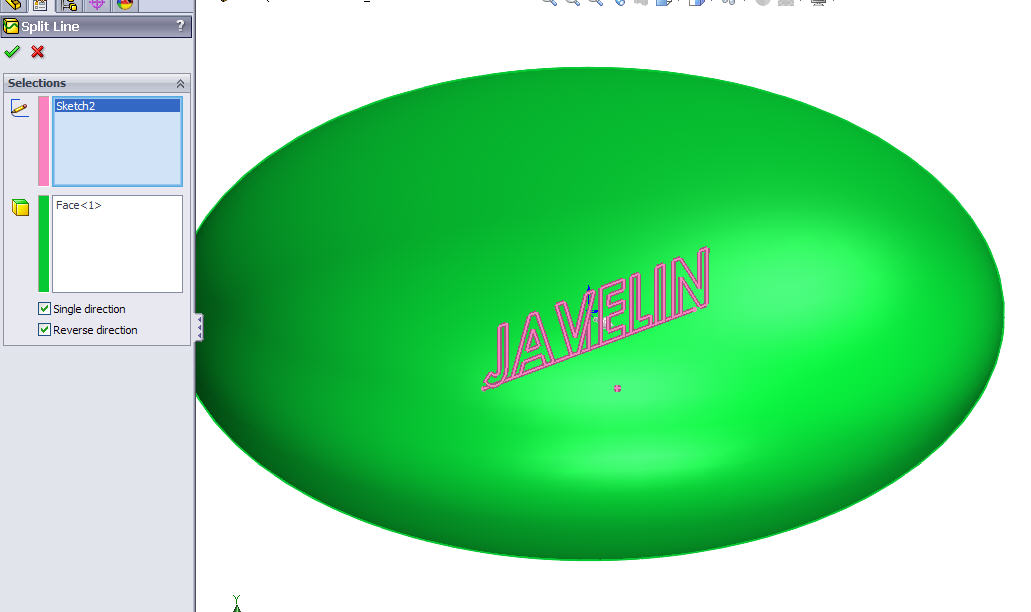 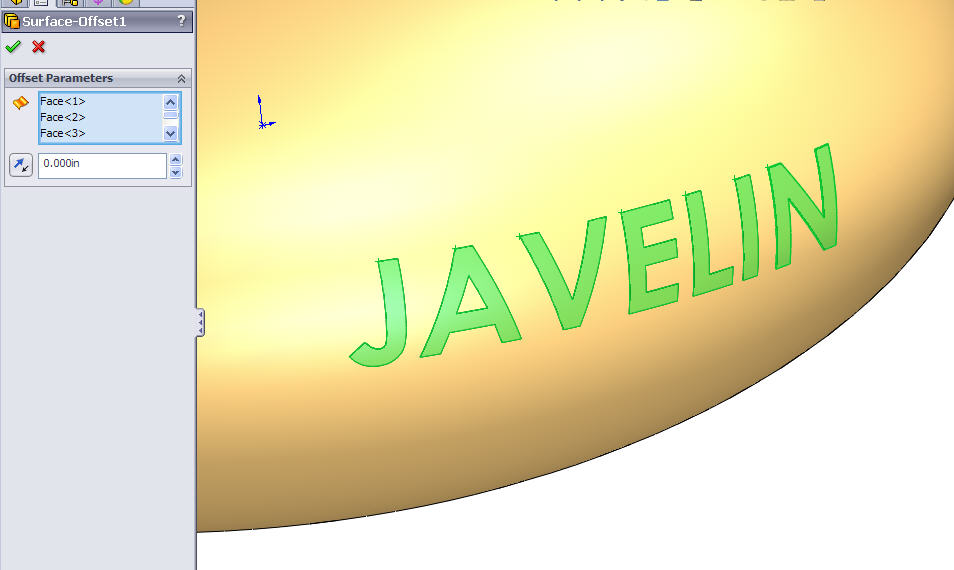 Step 6: Let’s add some meat to the new surfaces. Use the Thicken command as per fig. 8, watching the preview in order to make sure you are going in the right direction. Since the “Merge Result” option is checked, the result of this command will be appended to the original solid body. 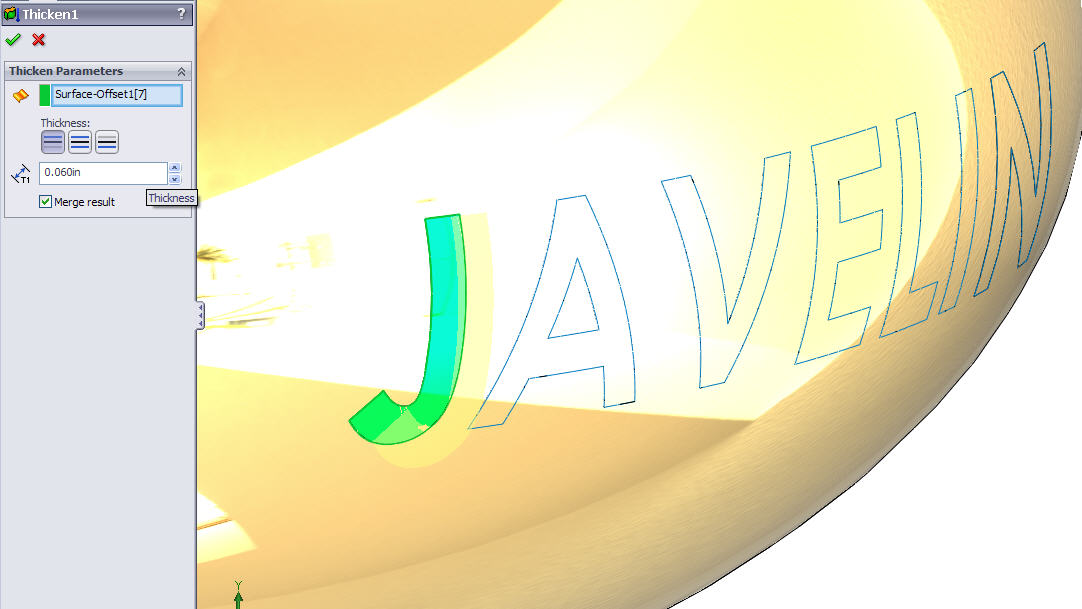 Step 7: Repeat the previous step for each of the remaining faces. If you find this repetition boring, feel free to create a macro in order to speed the process even further. 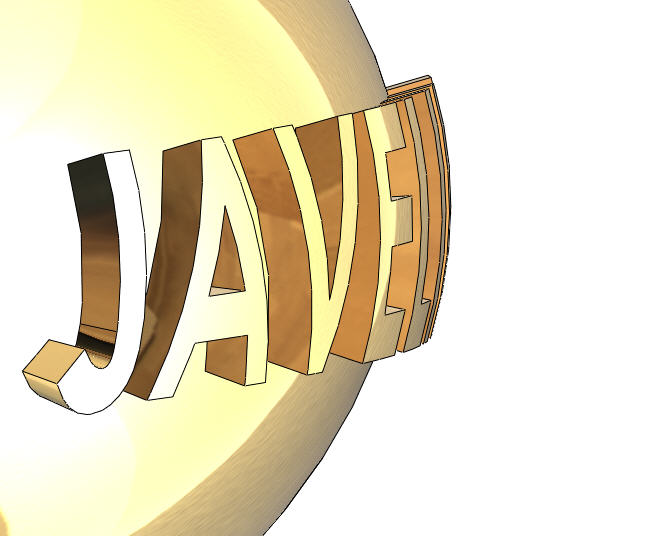 Fig. 9 The side faces are now normal to the bottom and top surfaces

Can you think of other ways for getting to the same result (faster if possible)?