A Rebuild Renaissance in SOLIDWORKS 2018

As you might expect, the rebuild tool in SOLIDWORKS is one of the most frequently used tools in the suite. The frequency of this tool is due to the necessity to regenerate our models into a current state as the physical shape of the model develops along changes in parameters that drive the model or assembly. 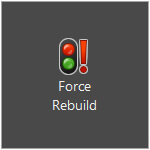 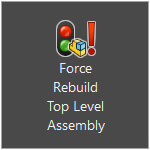 In addition to the nomenclature change there are also some new additions to the rebuild tools that we have all come to know – Specifically to rebuild configurations within our parts and assemblies. We now have a SOLIDWORKS 2018 rebuild solution that will save us from having to activate any configurations in an effort to update them! 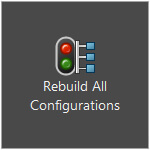 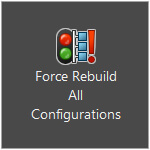 The two newest additions to the “SOLIDWORKS 2018 Rebuild Family” tree affect those who use configurations on a regular basis, where a ton of time can be saved, and some added insurance built in, that all of your configurations have been rebuilt successfully before releasing a design to the shop floor.

Stay tuned for more SOLIDWORKS 2018 What’s New content from our team here, and explore the latest features on the Javelin Technologies Blog.

Posts related to 'A Rebuild Renaissance in SOLIDWORKS 2018'

SOLIDWORKS Macro to create Drawings for All Configurations with Updated BOM

Save as Copy with a Subset of Configurations in SOLIDWORKS 2020

How to Insert a Part Specific Configuration in SOLIDWORKS 2019

How to Suppress/Disable Equations in different SOLIDWORKS Configurations