Tasks are created through the SOLIDWORKS PDM Administration, by accessing the Task node. 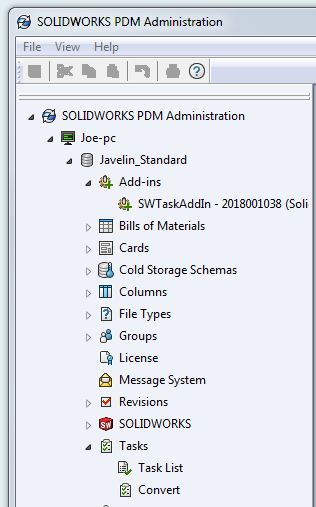 The Task node will contain the Task List, which can used to view the Task status and to manually launch the Task. The Convert Task will also appear under the Task node. In PDM Standard, only the Convert Task is available. Other tasks, such as Print and Design Checker, are only available in SOLIDWORKS PDM Professional. Also, SOLIDWORKS PDM Professional, allows the customization of Tasks.

By double-clicking on the Convert Task we can configure how it will convert SOLIDWORKS Drawings to PDF’s. On the Add-in, we can define the whose user permissions, will be used when the task is launched. This can allow a user’s permissions, to be temporarily elevated, when running the task. 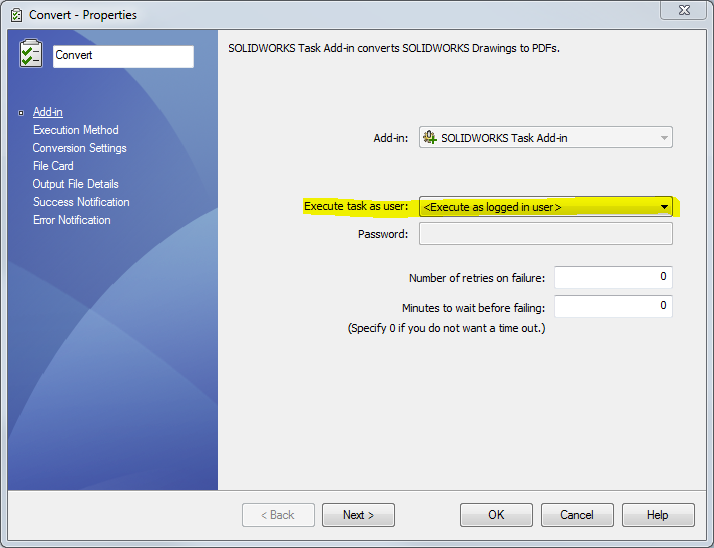 In the Execution Method tab, we define which computers can launch the Task. Task Host Configuration, must be enabled, on each computer that will run the Task. 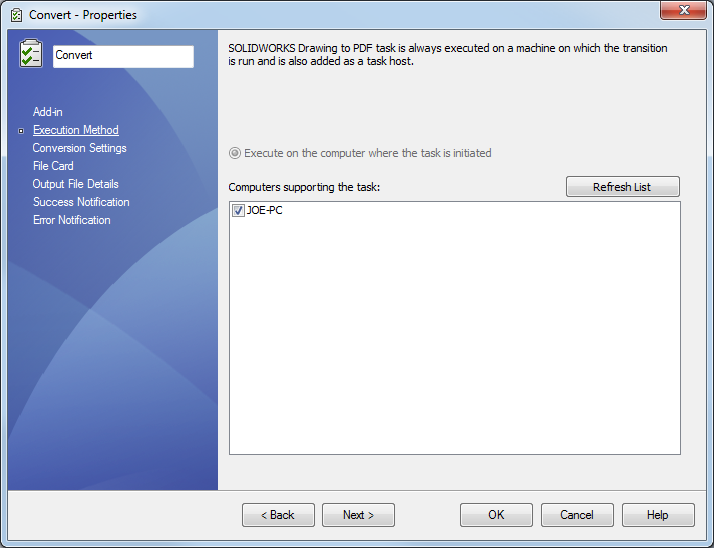 Conversion settings, allow us to define export options for the PDF, as well as what version of referenced files will be used. Some options are only available in SOLIDWORKS PDM Professional, such converting to DWG. Also, in PDM Professional, other SOLIDWORKS file types, such as assemblies and parts, can be converted to be PDF’s 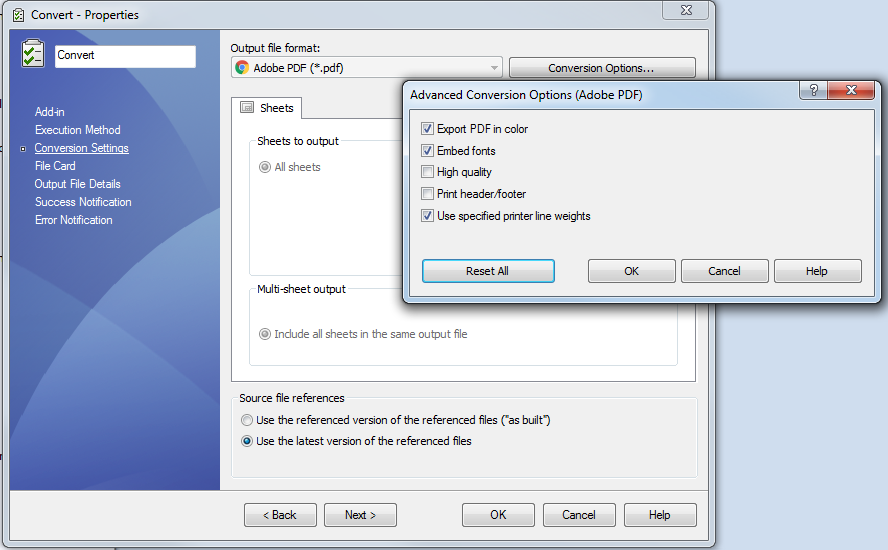 In the File Card tab, we can map variables, from the source SOLIDWORKS Drawing, to the generated PDF. 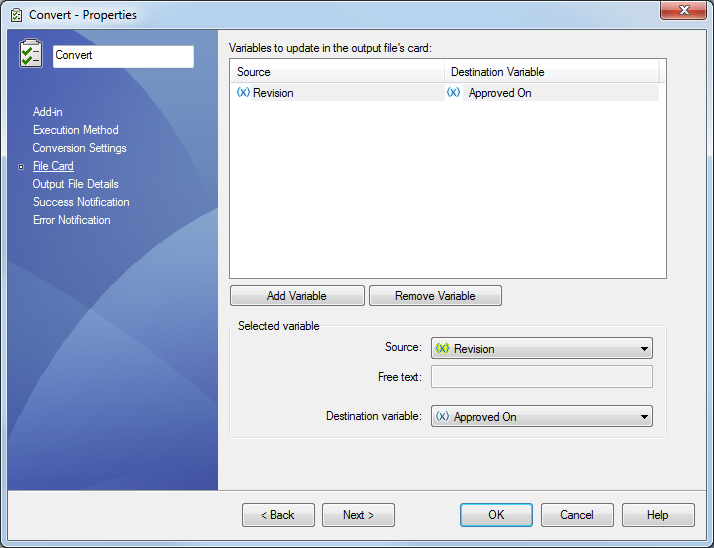 The destination where the PDF will be saved, as well as the default file name, is defined in the Output File Details tab. SOLIDWORKS PDM Professional, allows replacing an existing file, as well specifying, a second location to create the PDF 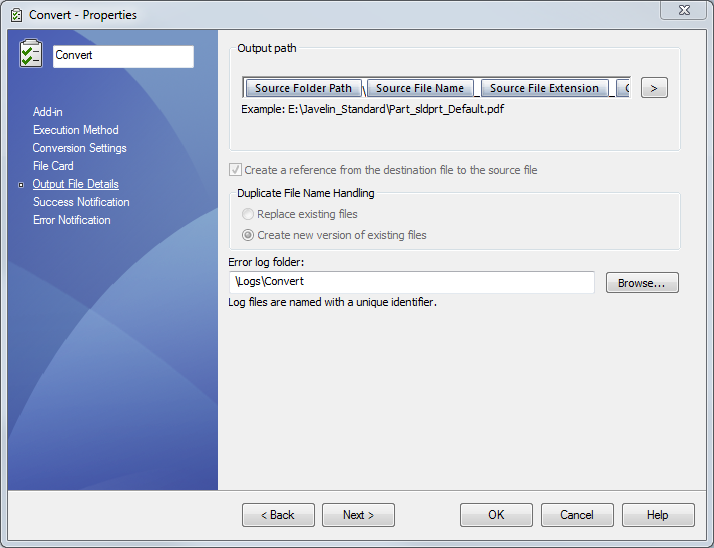 The destination where the PDF will be saved

Success and Error Notifications can be created to automatically notify, selected Users or Groups.

Once we have created the Task, the Task can be executed through a Workflow Transition Action.