The SOLIDWORKS Design Checker is one of the most underutilized utilities in SOLIDWORKS and this is unfortunate, as this utility can help eliminate costly mistakes due to errors in a SOLIDWORKS document. Design Checker can also reduce the amount of time to check documents, by running user defined checks.

The SOLIDWORKS Design Checker ensures accuracy, completeness, and standards compliance for design elements such as:

In SOLIDWORKS PDM, a Task can configured to run the SOLIDWORKS Design Checker. Depending on the options that were used when Installing SOLIDWORKS PDM, this Task may not have been added. To add this Task, right-click on the Vault and select Import. 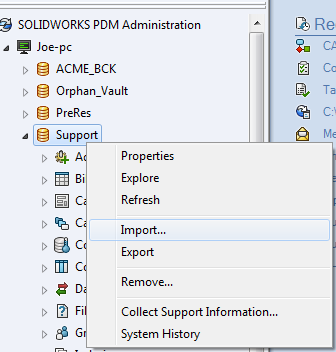 The Task to be imported will be located in the PDM installation directory, under Default Data. 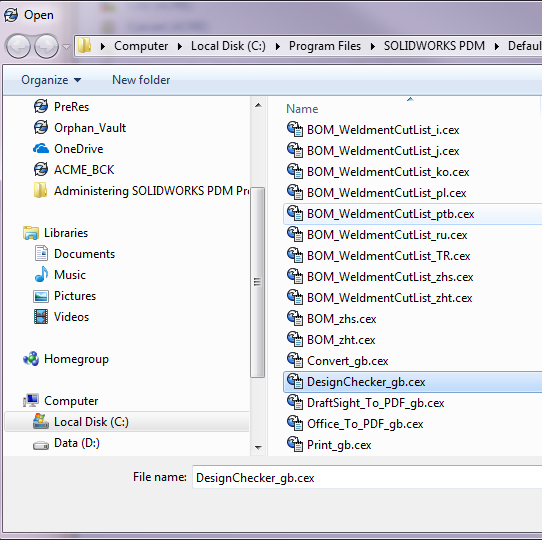 Once completed, a message will be indicate that the imported was successful.

The imported Task will now appear under The Tasks node of SOLIDWORKS PDM Administration. 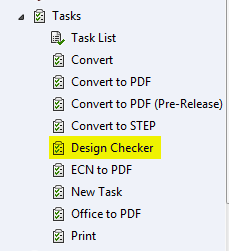 In order for the Task to run, we need to set-up Task Host Configuration, on the computers where we want to run the Task. To this right click on the PDM Icon, located in the Windows System Tray. 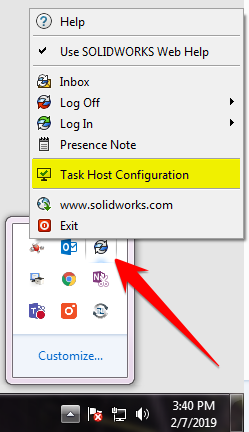 When the Task Host Configuration Window opens, select the vault that contains the Task and check the SOLIDWORKS Task Add-in, to enable it. 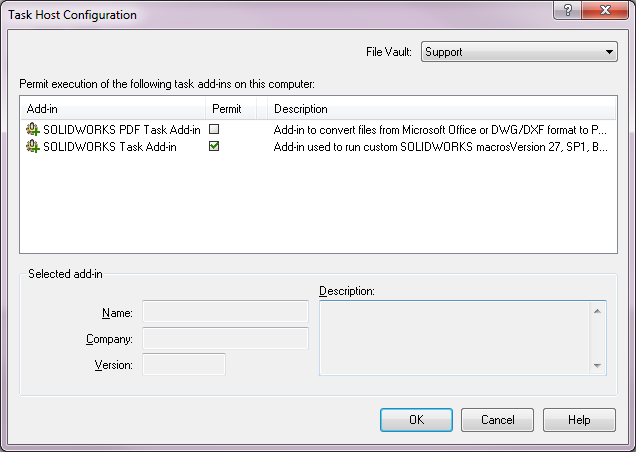 Once the Task Host has been configured, the computers that will run the Task, can now be added in the Execution Method tab, of Design Checker Task. 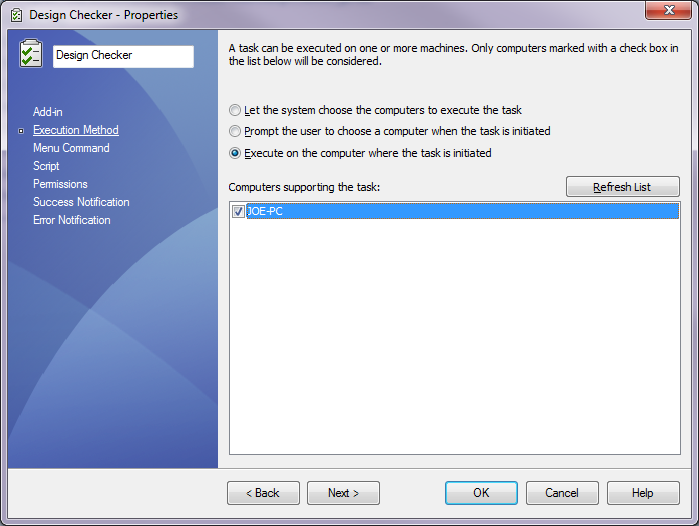 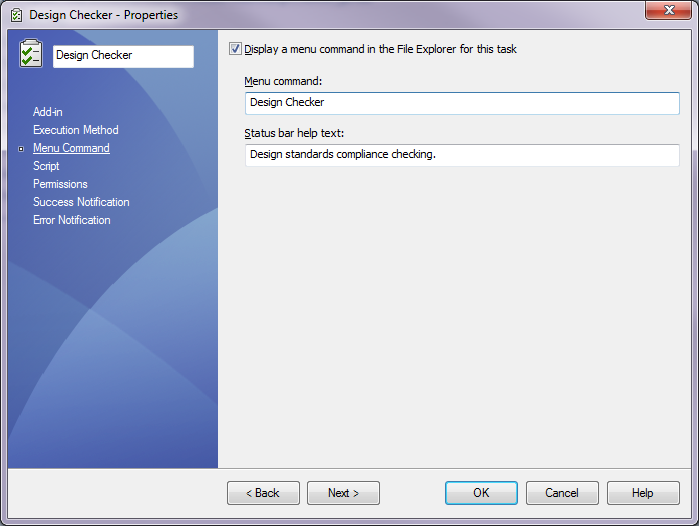 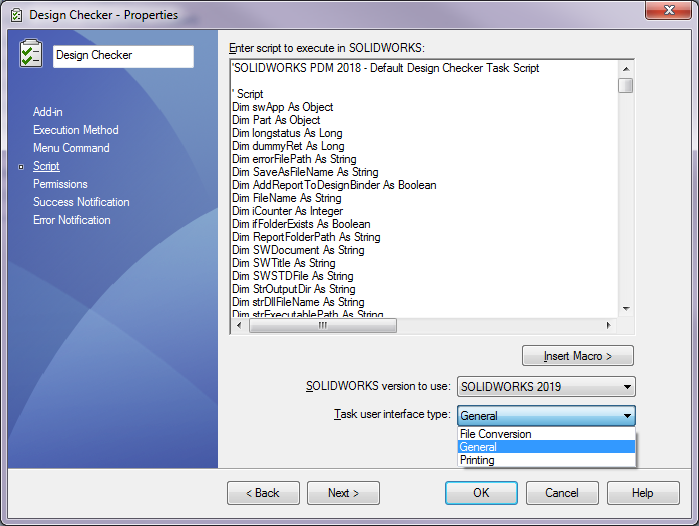 The Permissions tab, is where User and Group access to the task is defined. 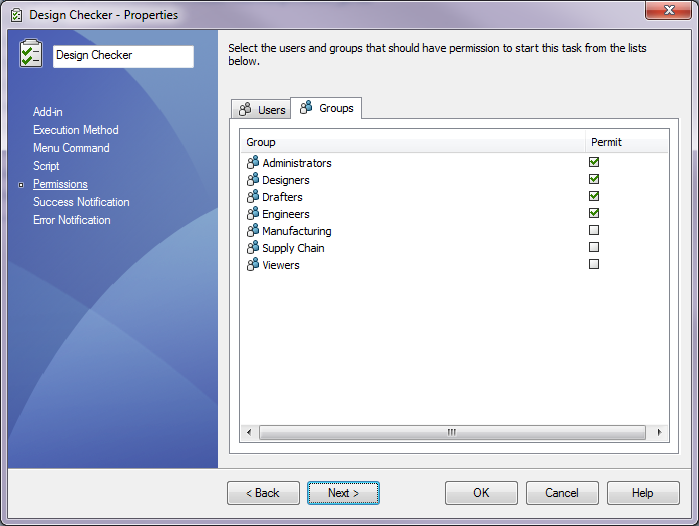 There are also tabs to format Success and Error Notifications. 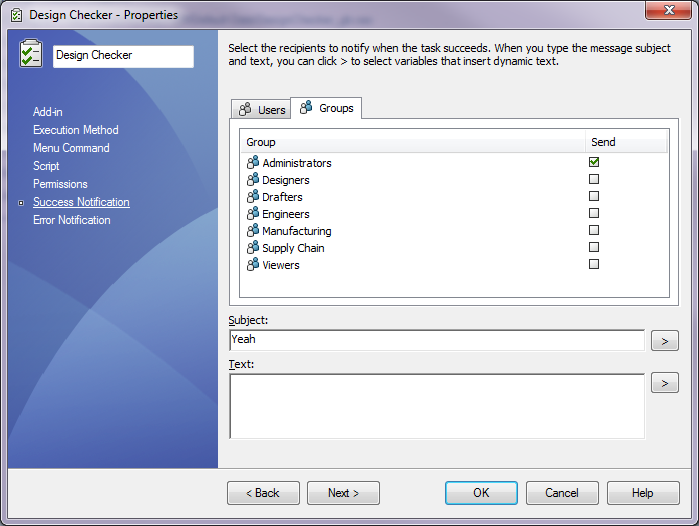 The Notifications can be set-up for Users and/or Groups. Under the User tab, there is the option to Notify the user, who launched the Task. 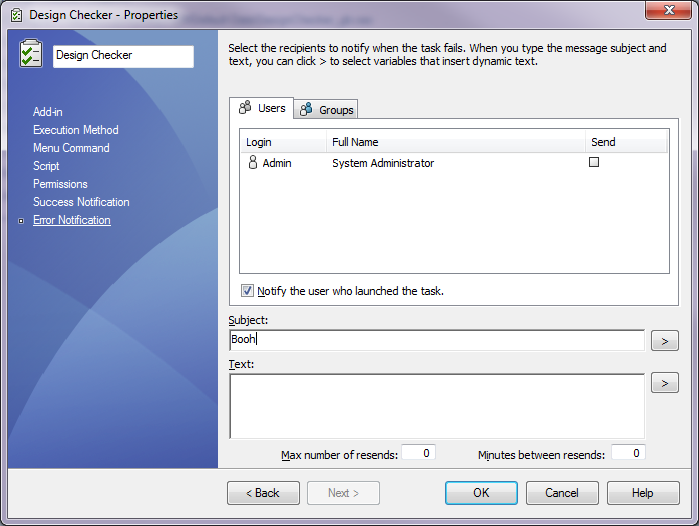 Once the Design Checker Task has been configured, it can be launched by right clicking a file, in File Explorer. 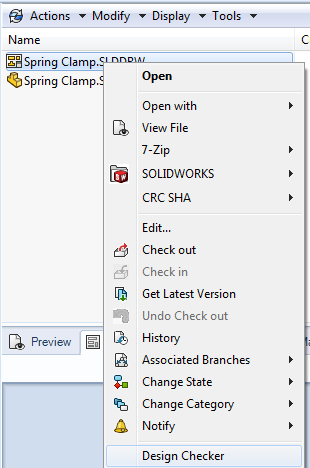 A Task can also be configured, to run from a Workflow Transition Action. 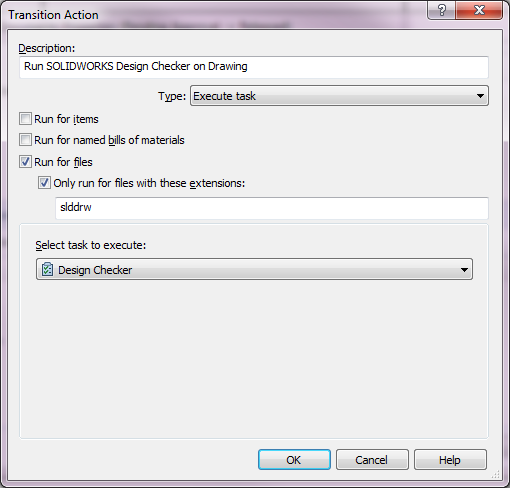 How to Monitor Tasks in SOLIDWORKS PDM