My architect friend was recently commissioned to design a community center. His client’s mandate was that the building had to be pointing to a monument on the other side of the world. My friend did not see this as a problem and proceeded to design the structure. When he presented his project, the client was appalled because it seemed like the building was pointed in a totally different direction.

My friend tried to explain that he used a geodesic path to point the building in right direction. He said that if he used the Euclidian method, the building would be pointing infinitely into space, or he would have to point the building into the Earth. It became a heated debate between my friend and the client and suffice it to say he ended up not getting the commission in the end.

My friend may have been able to make his point clear with the aid of SOLIDWORKS by using the Geodesic offset option when making 3D sketches. Let’s see why.

A Geodesic line is the shortest distance along a surface, while a Euclidean line is the linear distance between two points. The image below illustrates the difference between the two in the context of a curved surface. 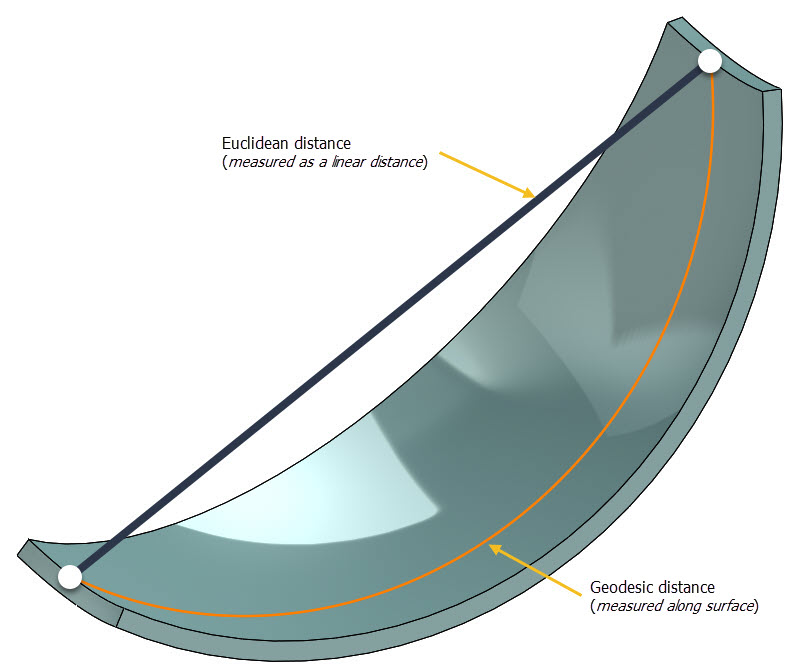 The ability to create lines base on a complex surface can be a useful tool. Let’s see how it works on a surface with sculpted geometry.

Creating an offset line on a complex surface

So, the surface that we will be working with is a set of surfaces that make up left side of the front wing in an F1 car as seen below. 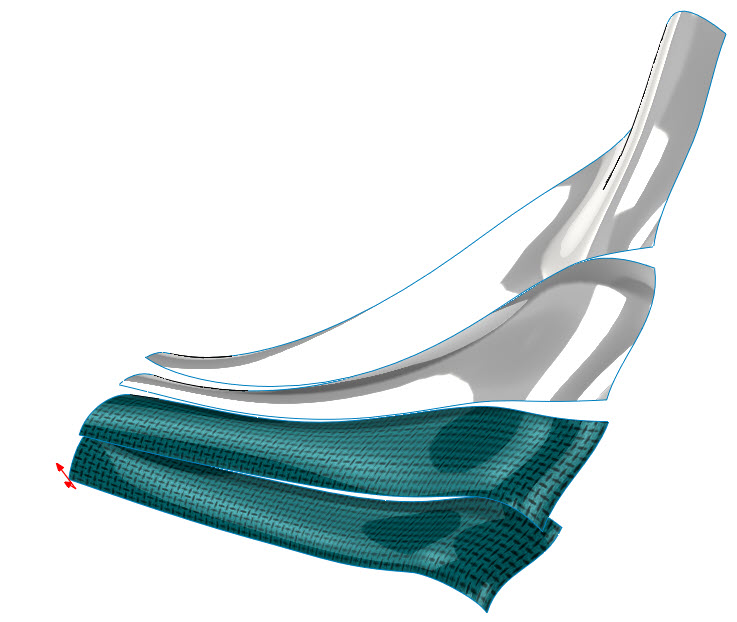 As we can see, the surfaces vary in curvature, and width as we move over the length. Let’s go ahead and see how we use geodesic offset and how it can be advantageous to do so.

First, we will need to go to Tools > Sketch Tools > Offset on Surface. 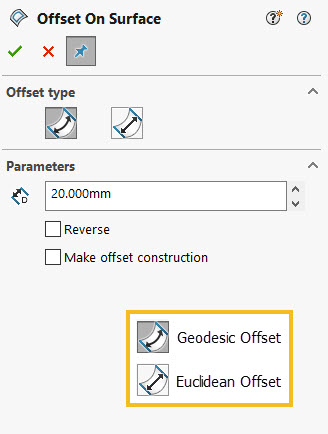 In the Offset On Surface property manager, we will see that under the Offset type, we can toggle between Geodesic & Euclidean. Let’s go over an example where using the Geodesic offset would be a better choice. 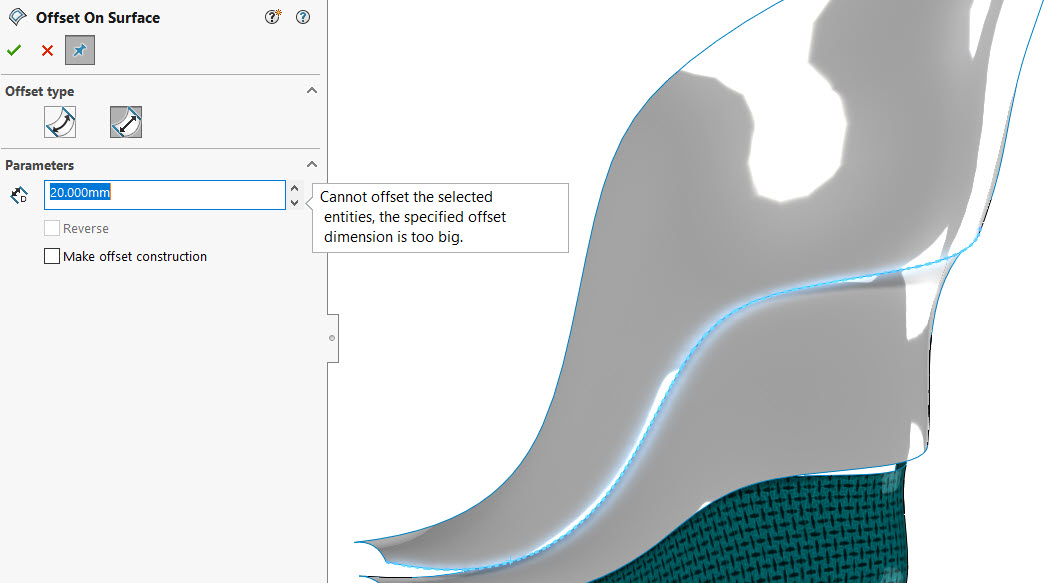 When using the Euclidean method, we see that 20 mm seems to be too big a distance from the edge. 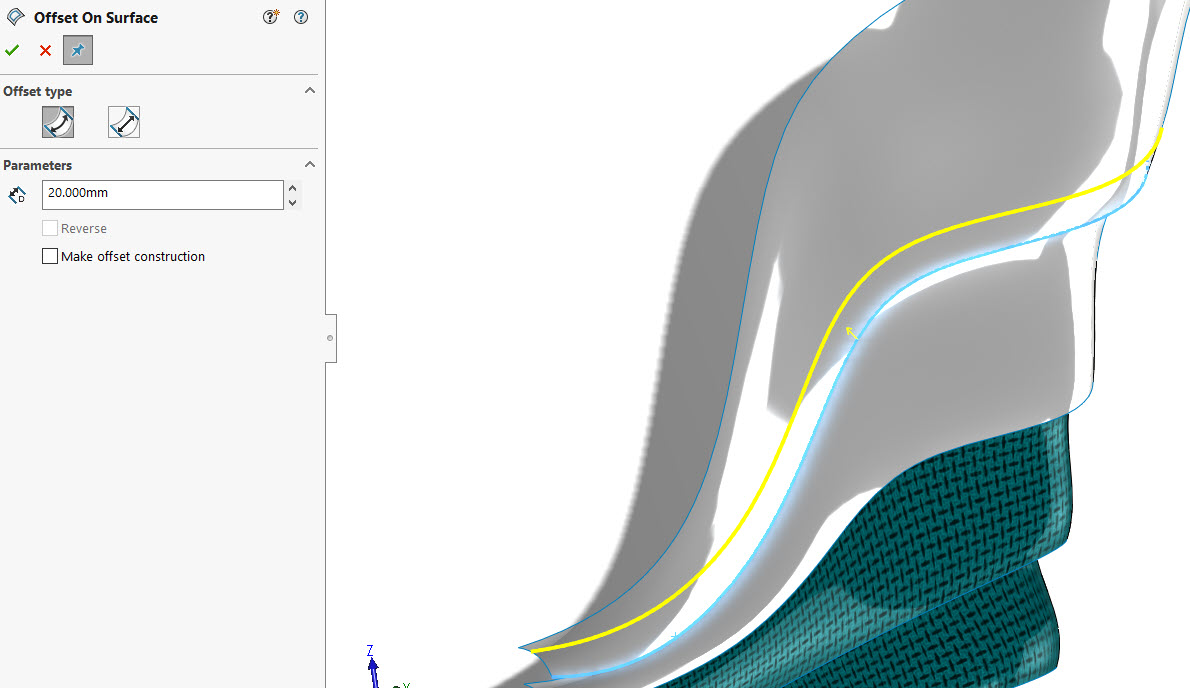 But when we use the geodesic method, the 20 mm is measured along the curve, and an accurate offset can be generated.

There are so many applications for the Geodesic offset tool. It is a good way of creating guide lines for adding decals to surface with an interesting & complex curve, or capturing accurate paths for running a paint job, or marking points for rivets that are equidistant along the edge or a wing. The list goes on and on. I hope that you will be able to utilize this tool, and add to the ever growing list of applications. For other articles on surfacing, please check out: