Starting in SOLIDWORKS 2019 you don’t need to save your assemblies as parts in order to insert a bounding box for them. The assembly bounding box can be created directly in the assembly level using the same calculations that were used previously in the part level.

Creating a bounding box directly from your assembly will save lots of time in getting the footprint of your products. You are also able to modify your assembly in real-time and analyze how that affects the overall size of the final product.

To insert a new bounding box in the top-level assembly, click on Insert > Reference Geometry > Bounding Box. Every assembly can contain ONLY one top level bounding box. 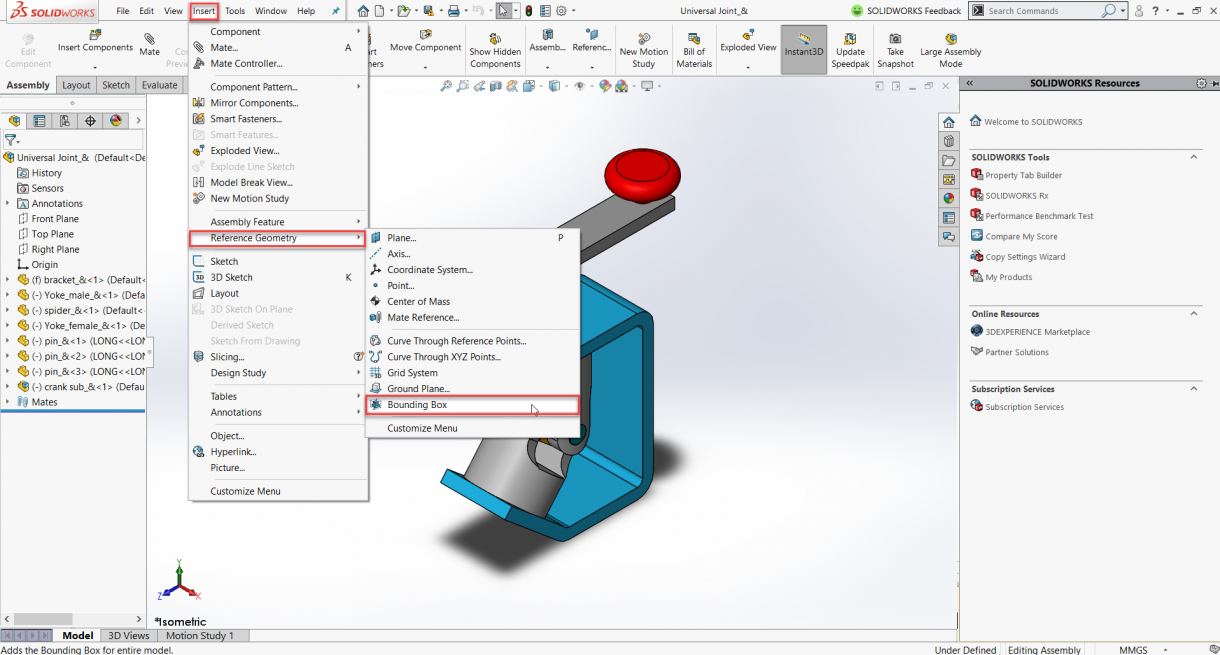 Inserting a Bounding Box for an Assembly 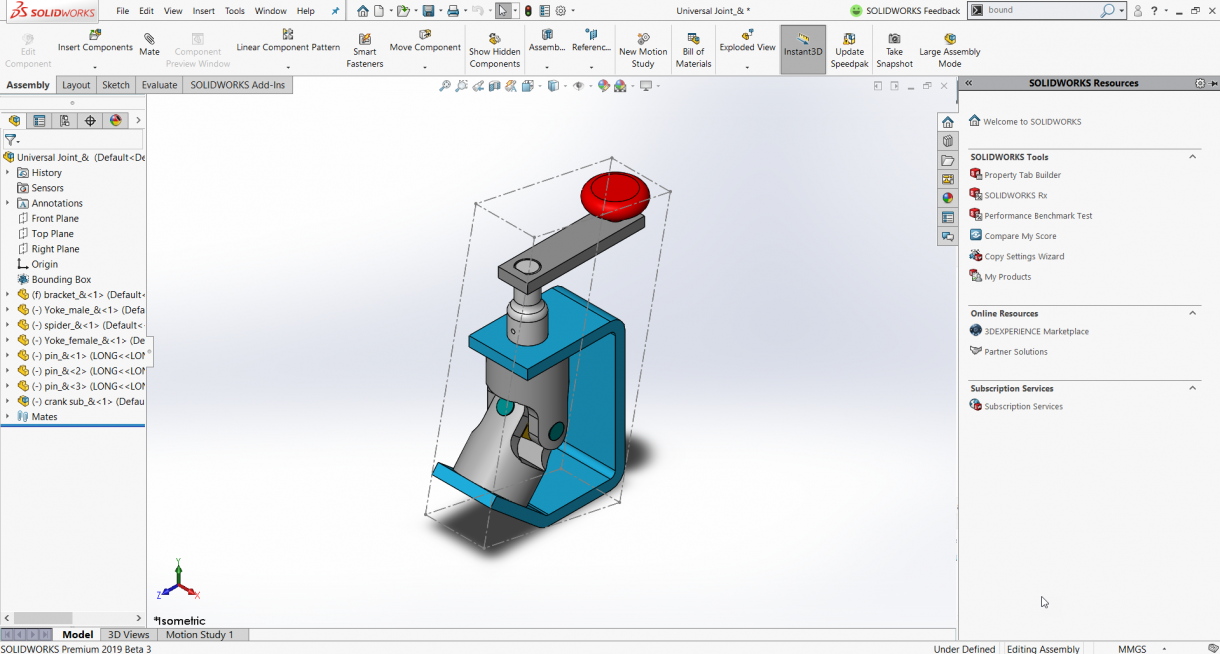 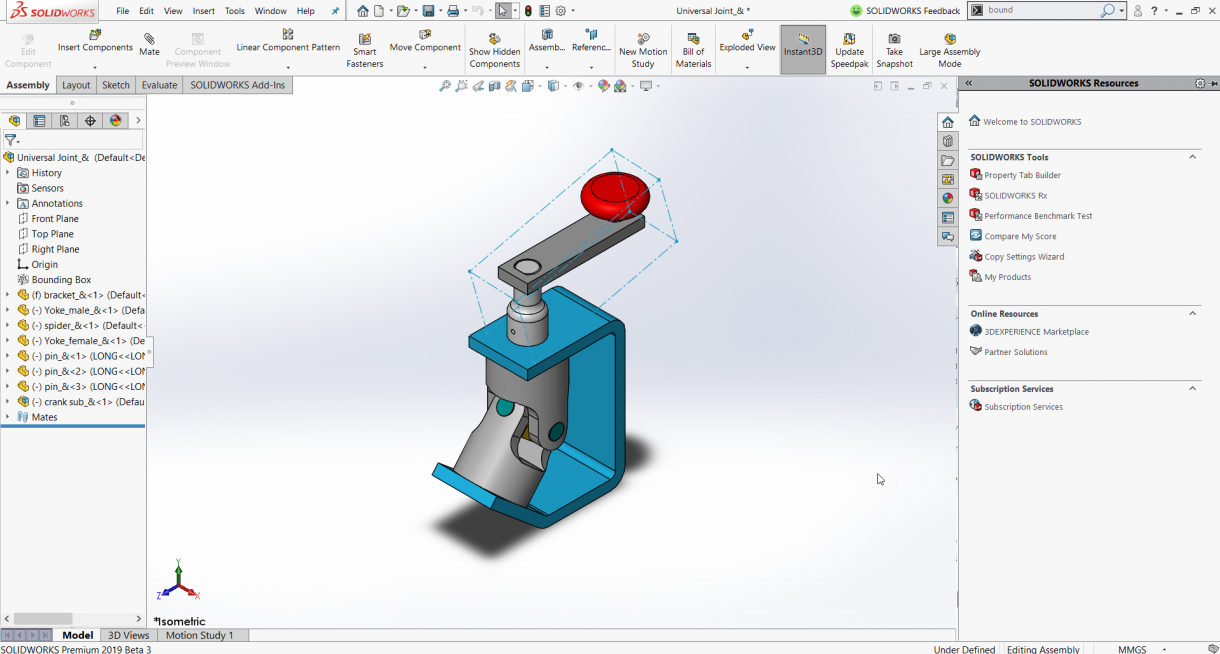 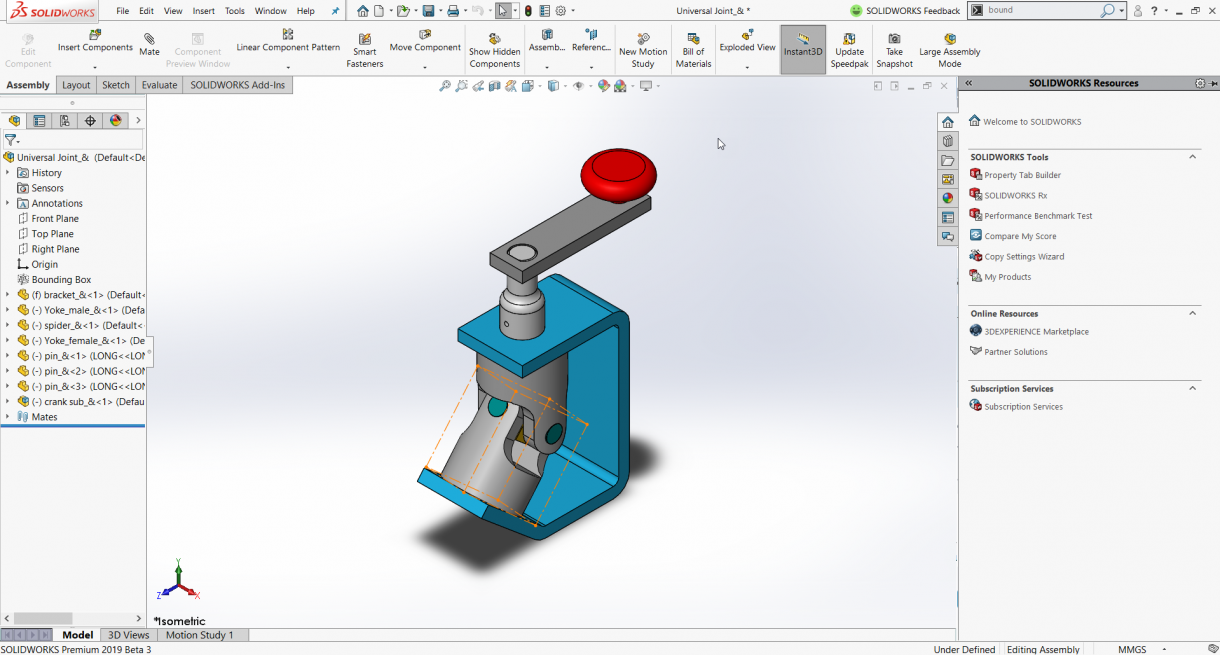 Bounding Box for a Part Shown in the Top Level Assembly

Now that you have created your assembly bounding box, how can you see it’s properties?

This can be easily done from the Feature Manager Design Tree. In order to see the properties you can hover over the bounding box feature in the tree or click File > Properties > Configuration Specific. 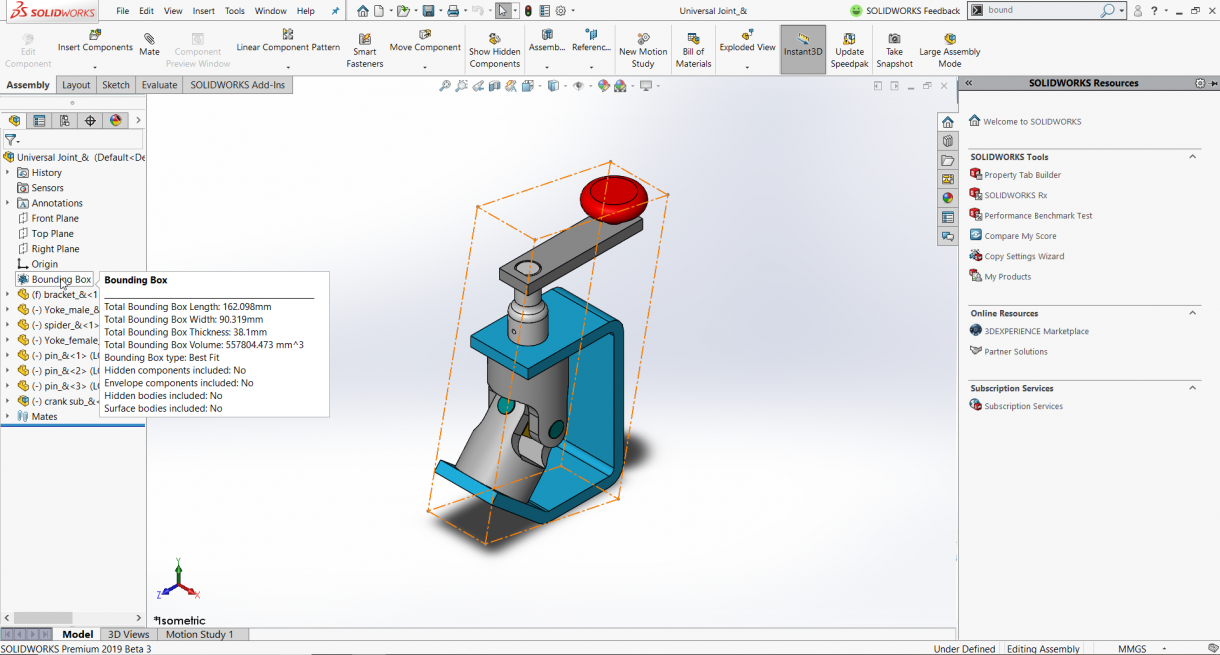 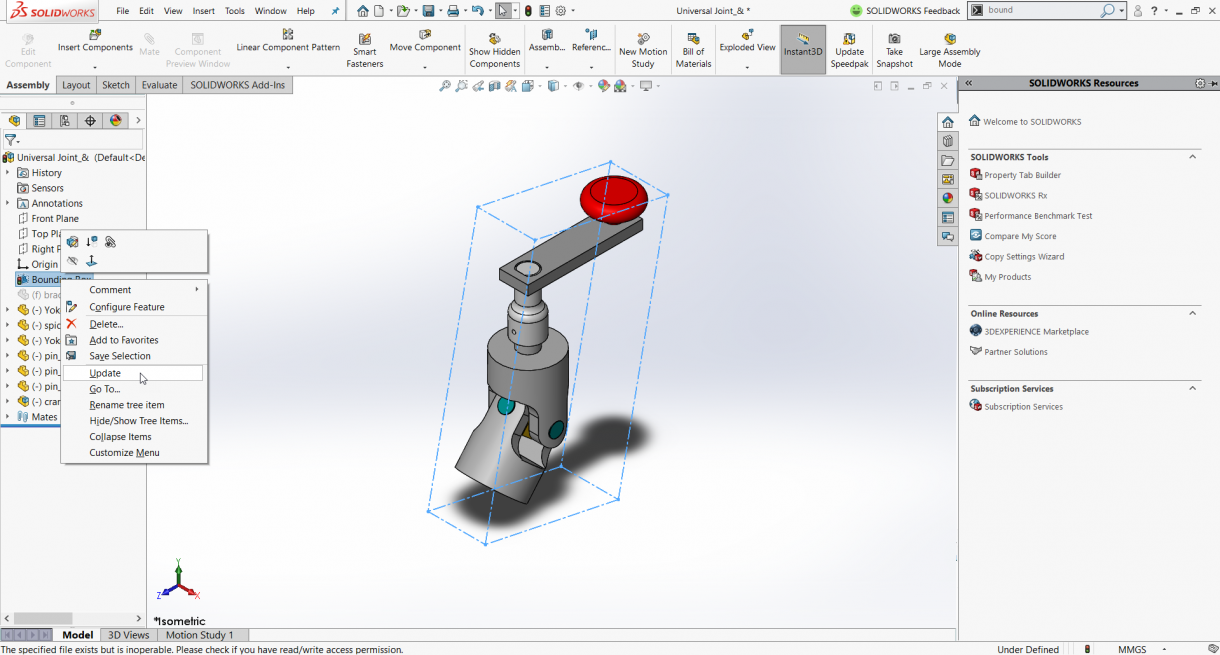 Please note that the SOLIDWORKS Assembly Bounding Box will include SpeedPak faces and Bodies but doesn’t include SpeedPak ghost graphics. So after creating a bounding box, you are still able to change an existing component to SpeedPak or insert a SpeedPak sub-assembly into the assembly.

How to Locate Virtual Components within a SOLIDWORKS Assembly

How to Reuse a Part Exploded View in a SOLIDWORKS Assembly