If you have to assemble many clamps to your base plate, or if you have some custom parts to be bolted or riveted into place in your SOLIDWORKS assembly, then this SOLIDWORKS Smart Components article is for you.

In this article, a case study is demonstrated to show the necessary steps. However, it can be easily expanded for your particular applications as well. The case study is we need to insert a clamp into an assembly and mate it to a plate. We need to bring in bolts and also bolt holes on the plate along with the clamp model.

Clamp Is Coincident Mated to the Plate

Note: Cut extruded holes will not work for Smart Component command and will not insert into assembly later on. 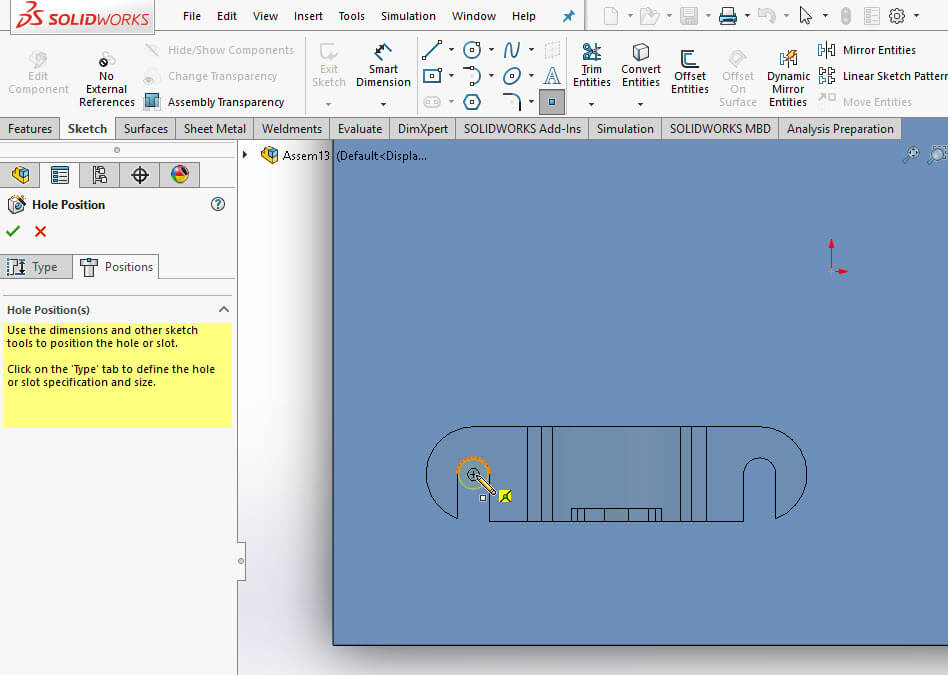 Use Clamp as Reference and Add Hole Wizard to the Plate 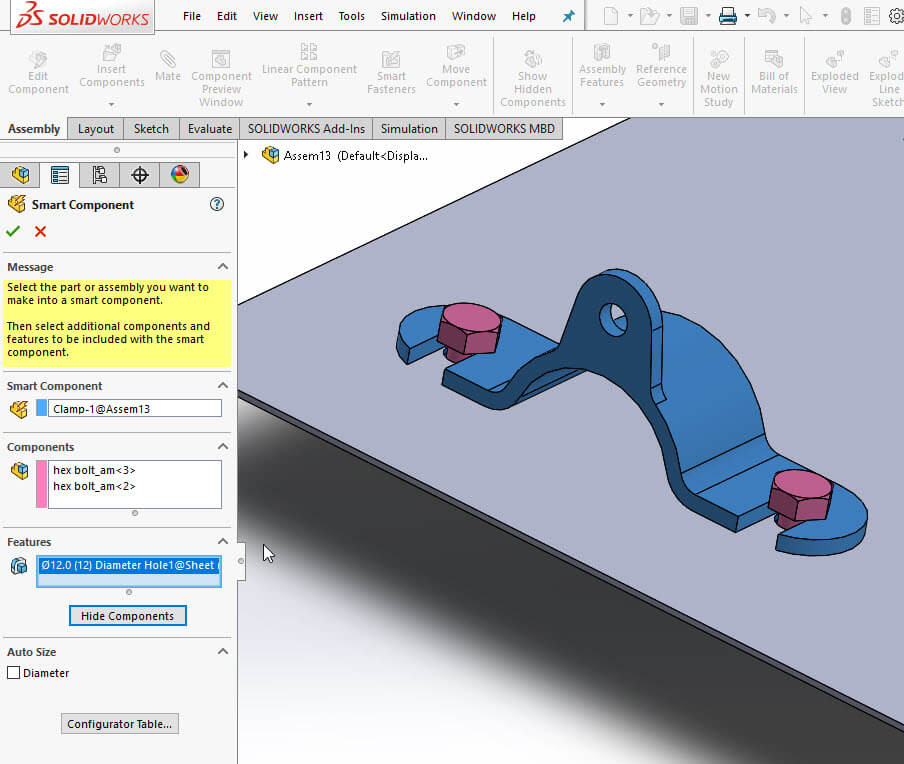 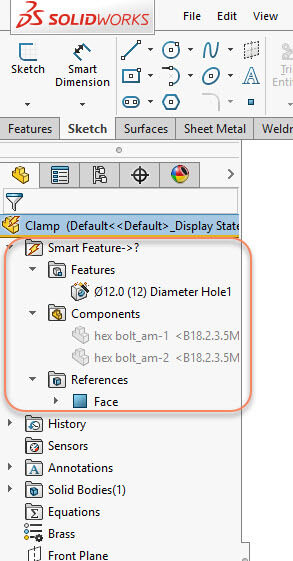 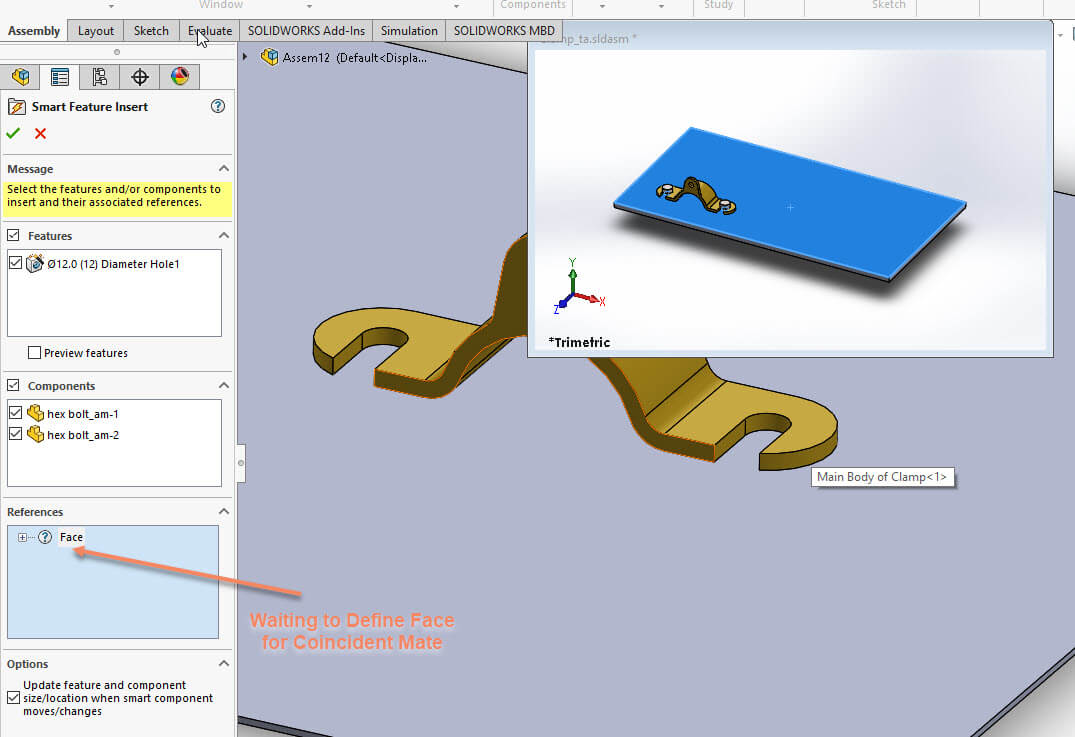 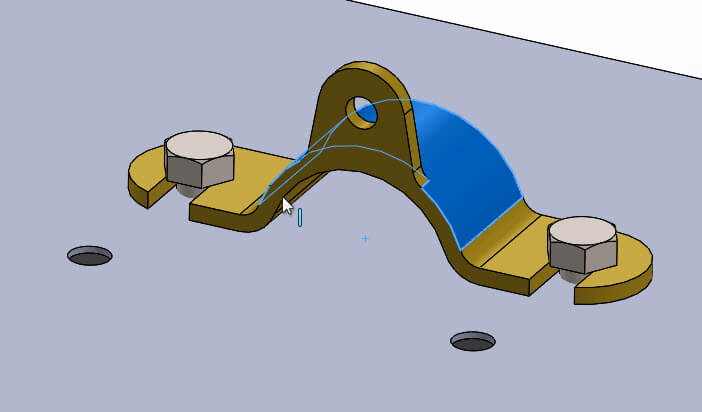 After Moving the Clamp, the Assembly Must be Rebuilt to Move Hole Wizards to the Correct Location

Note: Mate References can also be used to eliminate the mating step for the clamp to the plate upon inserting the clamp into the assembly.