Problems with imported model? Import Diagnostics to the rescue!

So you imported some model and it’s giving you grief.  Perhaps inexplicable behavior that cannot be resolved simply by restarting SOLIDWORKS.  We feel your pain!

One last thing to note:  In more recent versions of SOLIDWORKS, due to 3D Interconnect functionality, the healing commands within Import Diagnostics are sometimes not available at first: 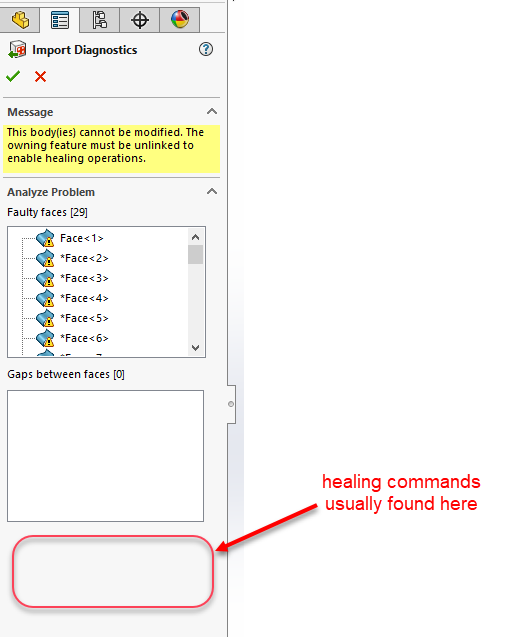 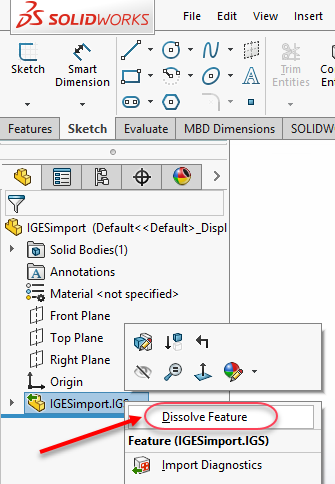 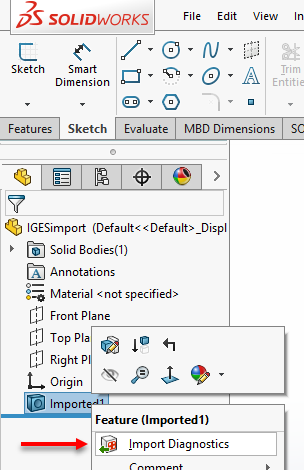 …and the healing commands should now be available:

Posts related to 'Problems with imported model? Import Diagnostics to the rescue!'

How to Import Data and use it effectively in SOLIDWORKS [VIDEO]

How to Flatten a “dumb” solid in SOLIDWORKS