What if we need an angle dimension in a sketch, but one of the entities is not a line (perhaps it is a spline or arc instead)?  The answer, we can take the angle between 3 endpoints!

In this sketch on the right plane (which bisects the part), the horizontal entity is a line, but what appears to be a vertical line happens to actually be a spline created automatically by an intersection curve (due to how the swept geometry was created, giving it a draft angle which varies everywhere on its face), so it cannot be selected to get the angle dimension.

However, if we first select the vertex, and then click the endpoints of the line and the spline, then we get that angle dimension shown in the picture below: 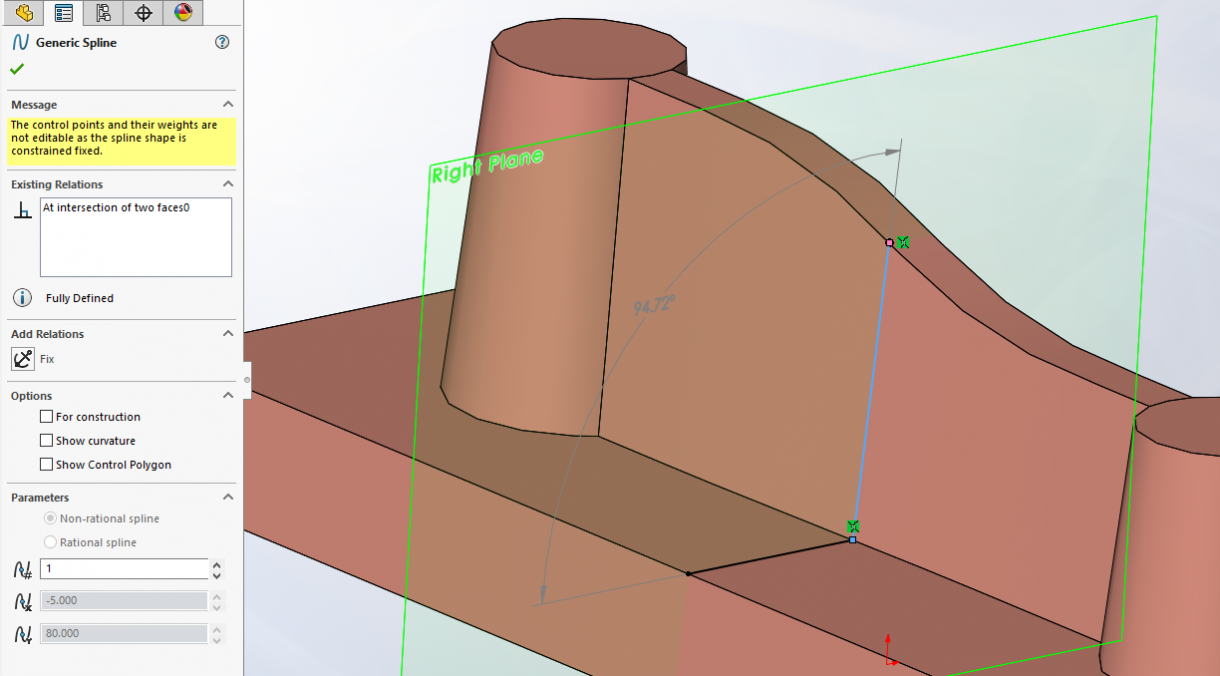 This trick is taught in our Advanced Part Modeling class, where we explore how to modify that swept geometry so that the vertical entity, which intersects that face of the swept geometry, would be a line rather than a spline.  And the swept geometry would have a uniform draft angle everywhere.  Register for our Advanced Part Modeling class to learn many more tricks for getting your SOLIDWORKS model to do what you want, such as the do’s and don’ts of Sweeps and Lofts.

Why can’t I Foreshorten my SOLIDWORKS Dimension?

Why is my SOLIDWORKS Sketch Text Upside Down?

Adjusting a Sketch without having to use Edit Sketch