The CATIA® V5-SOLIDWORKS Translator is no longer supported and can no longer be renewed. This tool is also not available in SOLIDWORKS 2019 or newer.

NOTE: The CATIA® V5 to SOLIDWORKS® Translator will continue to function in SOLIDWORKS 2017 and SOLIDWORKS 2018 software versions as long as you were licensed for it in these versions.

SOLIDWORKS 3D Interconnect is designed for a “mixed CAD” environment:

With 3D Interconnect you can: 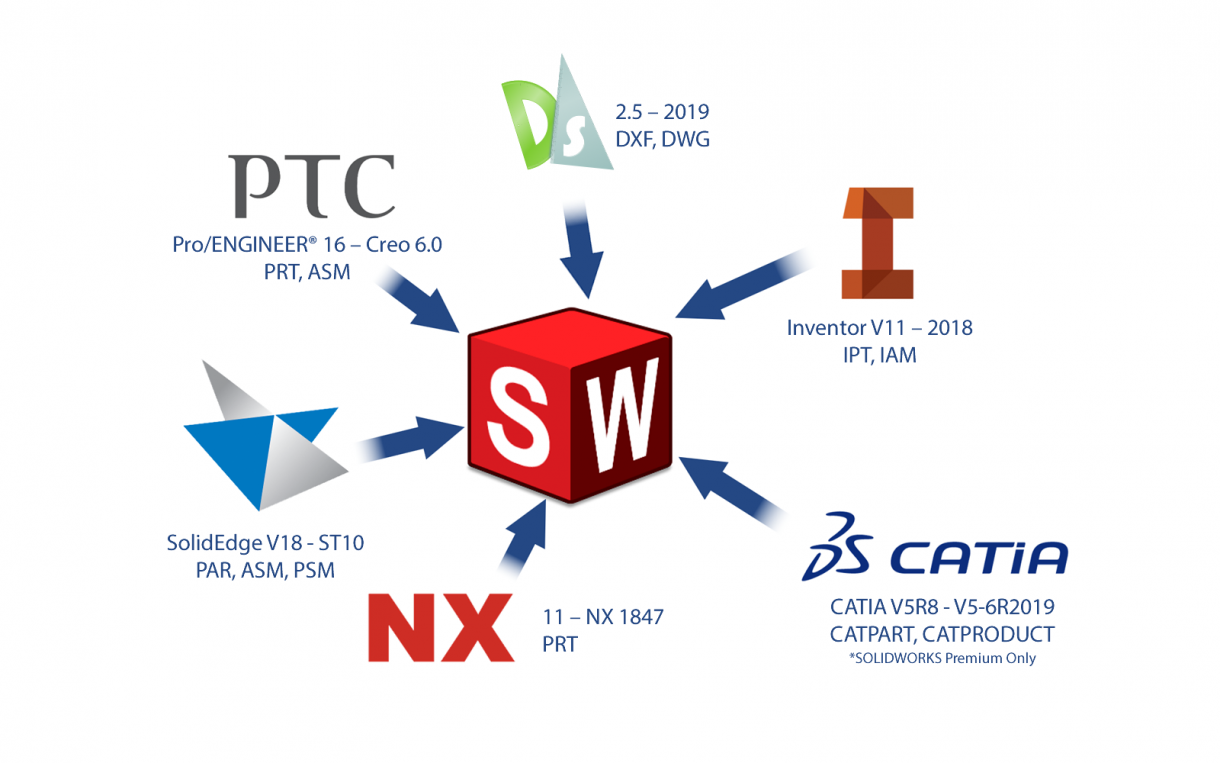 The following formats and their versions are supported in 3D Interconnect:

The difference between SOLIDWORKS Desktop and 3DEXPERIENCE SOLIDWORKS / Connected

Director of Technical Support at Javelin Technologies; I manage a team of 25+ support technicians who provide technical support and training for SOLIDWORKS 3D CAD, STRATASYS 3D printers, PDM file management, SIMULATION FEA/CFD, ELECTRICAL and PCB design, COMPOSER and VISUALIZE, and more, to our customers across CANADA. My first exposure to SOLIDWORKS was the 98Plus version in my prior life as a mechanical designer prior to January 2005 when I joined Javelin.