The Scale feature (found by selecting the Insert menu, Features, then pick Scale) can be used to change the scale of all features within a single part.  When used, this tool appears as an extra feature in the Feature Tree.  However, this feature is limited to use with a part ( .sldprt) file only. How do you scale a SOLIDWORKS assembly? 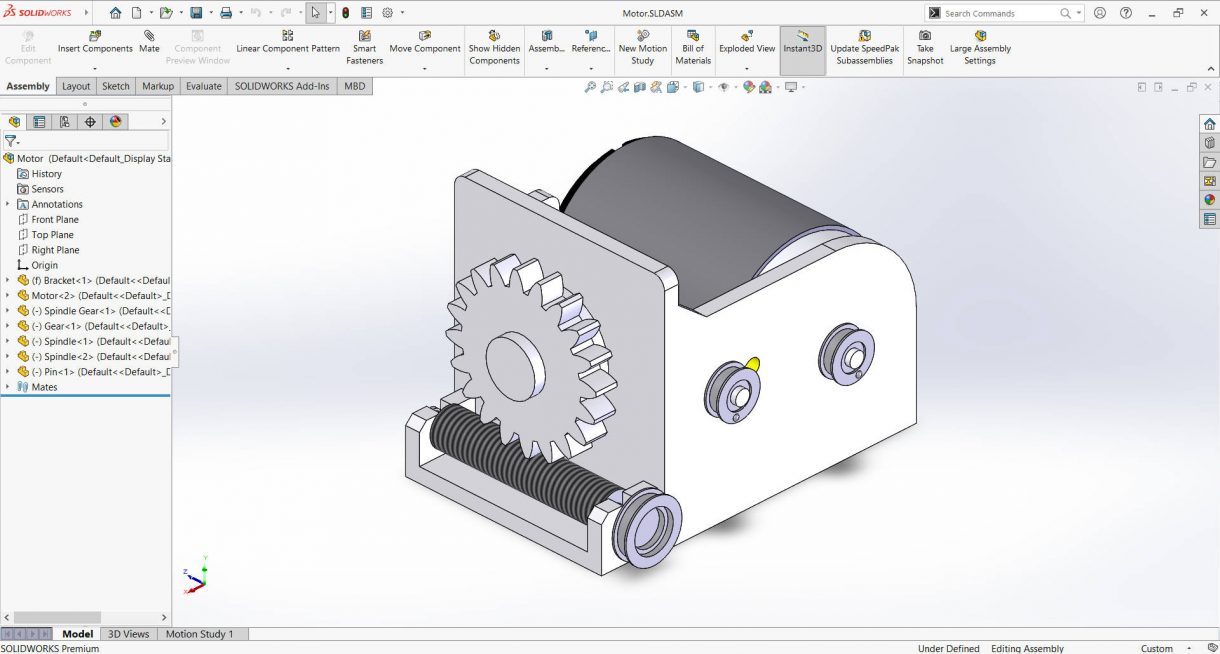 To scale an entire SOLIDWORKS assembly, it is possible to scale each part independently, however this could be extremely tedious for an assembly with a large number of components.  Alternatively, you can save the assembly as a multi-body part and scale this part in a single step.

NOTE that a multi-body part will have different properties and capabilities than an assembly file.

To save a SOLIDWORKS assembly as a part: 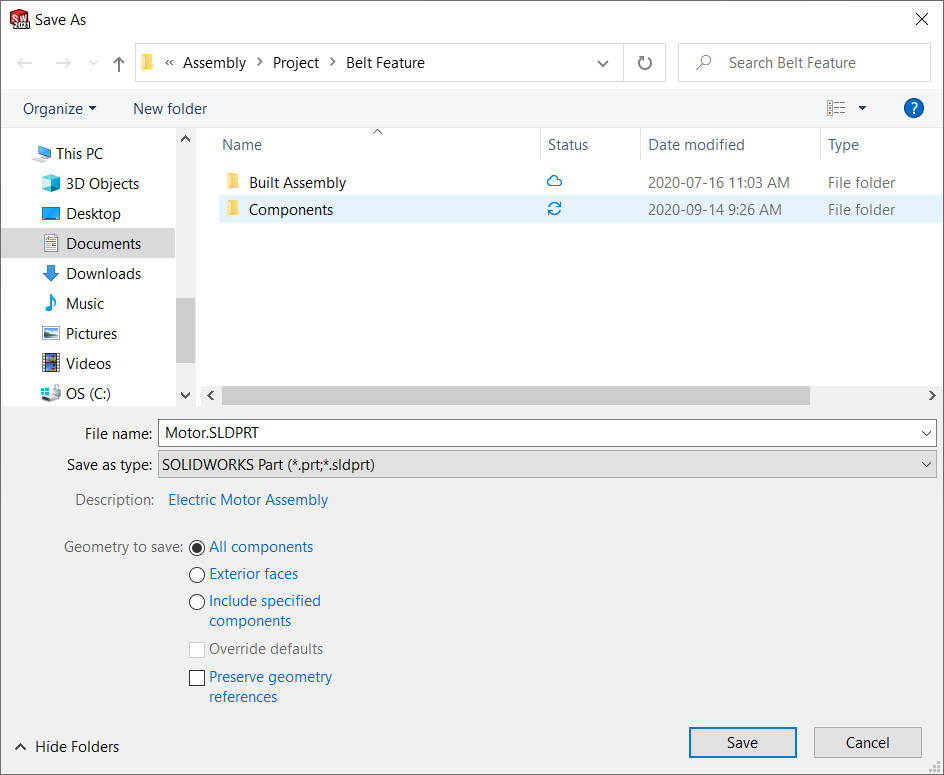 Save Assembly as Part 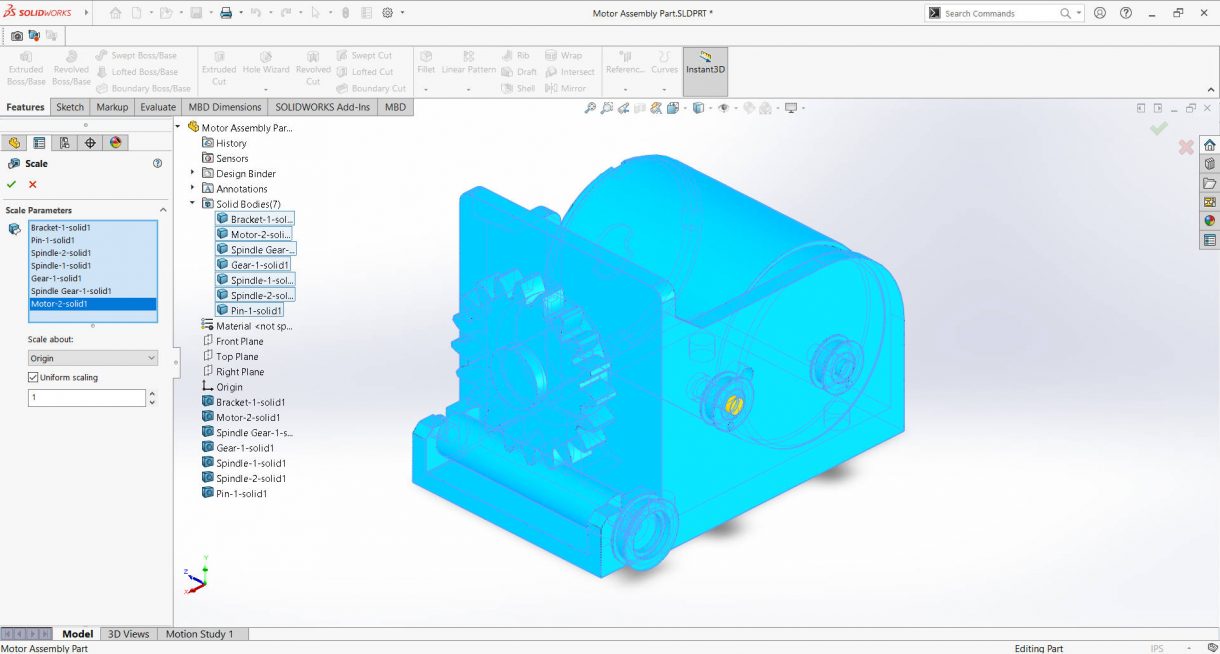 The Scale will now be applied and an additional feature will be visible (and editable) in the Feature Manager Design Tree of the multi-body part. 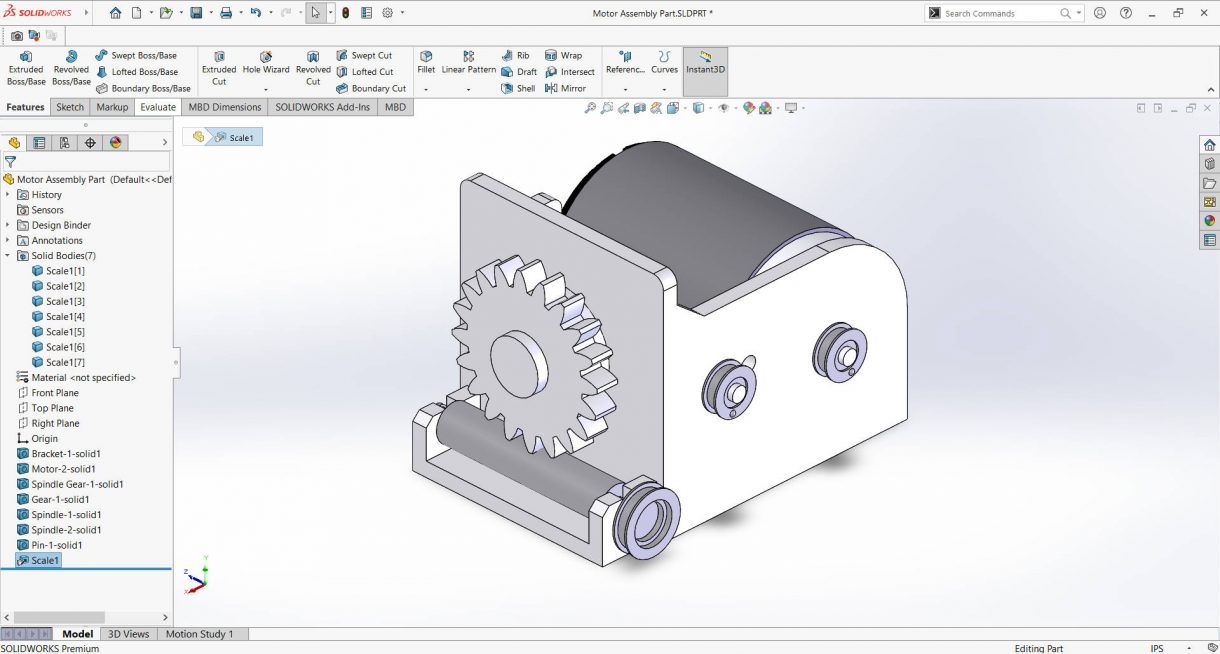 Posts related to 'How to Scale an Assembly in SOLIDWORKS'