Doug Steindl knows product development. He’s lived it every day for the last 30 years. As the corporate development lab supervisor for Sub-Zero Group, maker of luxury home appliances, Steindl helps bring products from an idea to the kitchen showroom. And he’s well aware of the tools he needs to make that happen.

Steindl oversees a team of six technicians whose mission is to support the product development teams bringing products for Sub-Zero’s three brands – Sub-Zero, Wolf and Cove – to life through concept models, prototypes and manufacturing aids. The lab acts as miniature factory-within-a-factory, refining the designs for new products until they’re ready for the production tooling stage. Sub-Zero’s lab includes what you would expect in any typical manufacturing facility; sheet metal forming, brake presses and machine tools. But what anchors the lab’s development process is its 3D printing capabilities. Seven printers currently round out the development lab’s team, working day and night to meet the ever-increasing product development needs. 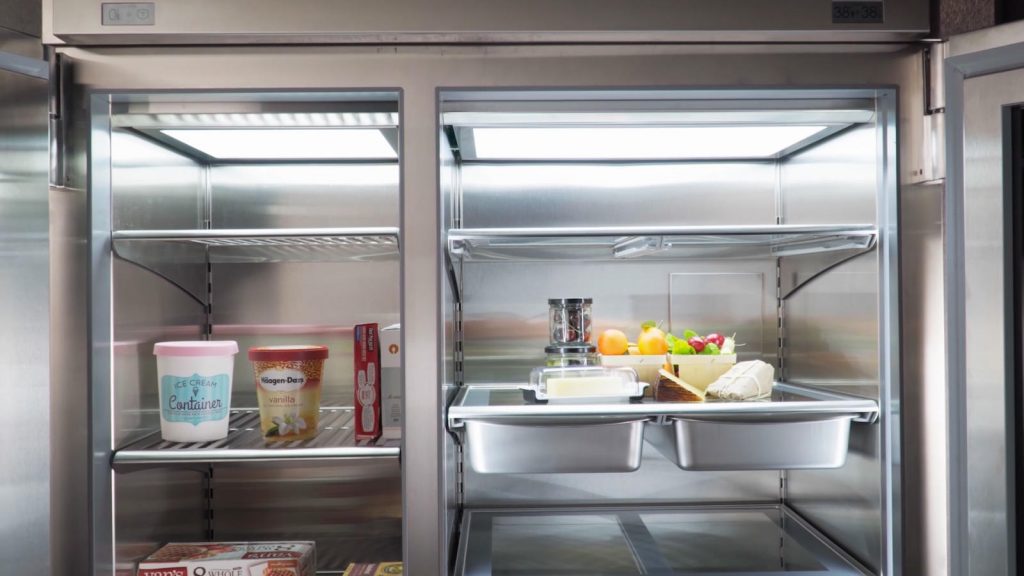 Steindl isn’t shy about his fondness for 3D printing technology. “To be honest, it’s my one love in our lab. It’s amazing what these things can do. And they are really, really important to us,” he says. It’s not hard to understand, given the demands the lab has to meet for prototype and early-design builds. Once a design cycle starts for a particular product line, those demands come fast and heavy. “Those printers never shut off,” says Steindl. “We need the throughput. And I don’t know where we’d be without them. We’ve become so accustomed to having them as part of our arsenal.”

Many of the parts Steindl’s team prototypes are big. It’s not surprising since some Sub-Zero refrigerators are up to four feet wide. But it’s these kinds of products that have begun to challenge the capacity of the lab’s 3D printers. When the size of the part exceeds the printer’s capability, Steindl has had to print it in pieces and glue them together. That takes precious time and involves extra pre and post-print processing. To avoid that as much as possible, Steindl relies on the lab’s Stratasys F900™ 3D printer, which comes with a generous build volume. However, the additional demand often overloads the printer, which is usually earmarked for jobs that require advanced materials. Faced with these constraints, the lab has to outsource, which adds more time and cost to the development program.

Always tuned in to the latest 3D printing developments, Steindl became aware of the new Stratasys F770™. It’s designed to meet the need for an easy-to-use, affordable, large-format printer. Seeing an opportunity, Steindl and Sub-Zero became one of the first customers to take delivery of the F770. With over 13 cubic feet of build volume and the ability to print a part 46 inches long, Steindl saw the fit. “I’m excited about the F770 because of the build size and what we’re starting to see with parts coming out of design that are just starting to fall outside the build envelope of our current printers. When I heard about the build size of the F770, I thought it could really be a nice addition to our lab,” says Steindl. “I think the 39 by 24 by 24 inch build size fits us very well. Big is always good – you can make small parts in a big machine but you can’t make big parts in a small machine,” he adds. 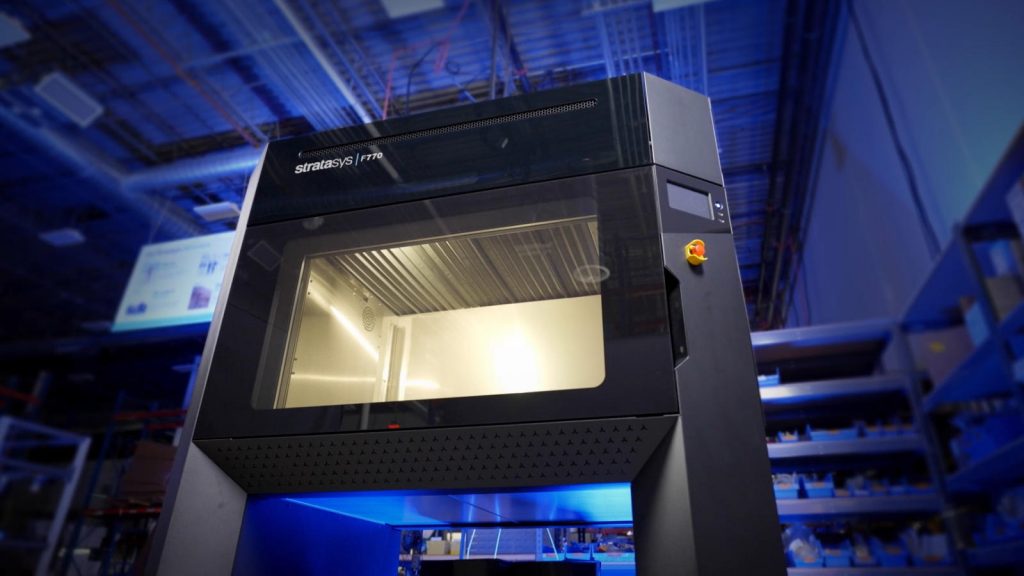 Steindl sees the F770 as another integral player in the lab’s lineup, filling in wherever it’s needed. “I think we’ll try to maintain the build queue with as many big parts as we can,” says Steindl, “but if we get into a situation where we have a number of small parts and we’ve got machine time available, they’re going in there.”

The addition of the F770 also provides another substantial benefit for Sub-Zero – reducing the need for outsourcing. “I think the biggest thing with having the F770 in the lab is that we’re going to be able to keep bigger parts in-house,” says Steindl. Recognizing that outsourcing will never be completely avoided, Steindl sees the F770’s large capacity filling a real need.

“There are other big parts that we currently send out that now fit in the wheelhouse of the Stratasys F770, so it’s going to eliminate some outsourcing for us.”

That added capability impacts the bottom line too. According to Steindl, the F770’s ability to retain more work in-house represents a 30 to 40% cost savings. That’s significant, considering the lab is faced with new product builds every six weeks. “Anything we can do to save time and make sure that we’re ready is a bonus for us. It’s speed-to-market on everything. The faster we can turn things around the better, and the quickest way to do that is by keeping as much of it in-house as we can,” Steindl says. 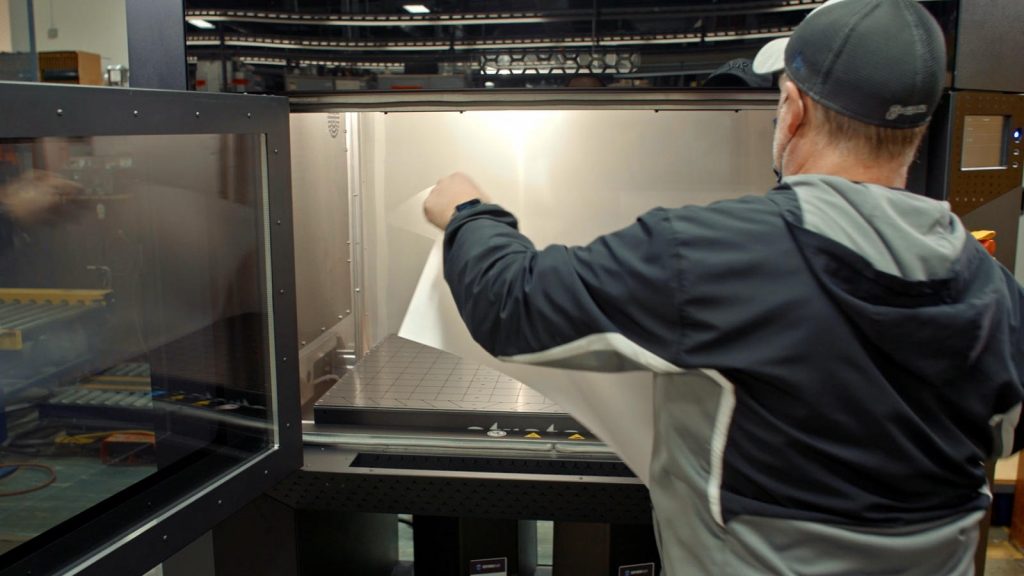 Sub-Zero’s F770 has its work cut out for it to support the product development schedule. But in Steindl’s view, it’s up to the task. “Knowing the reliability that Stratasys printers have shown us over the 20 years we’ve been printing with them, I have nothing but confidence that the F770 is going to perform equally as well,” he says. “We’ve not seen any major downtime in any of the printers we’ve had and they’ve been supported extremely well. And we run them hard – I mean, those machines are never without a job for more than 12 hours and they’re running another job,” Steindl adds.

It’s one of the reasons Sub-Zero chose Stratasys FDM® 3D printers over others, because they do their job, and let the lab’s technicians do theirs. According to Steindl, “With Stratasys equipment, we can program it, send it to the printer, start it and walk away, then come back at the end of the cycle. During all that print time, my guys can be doing other tasks.” It’s just another example of how the F770 helps in a big way. 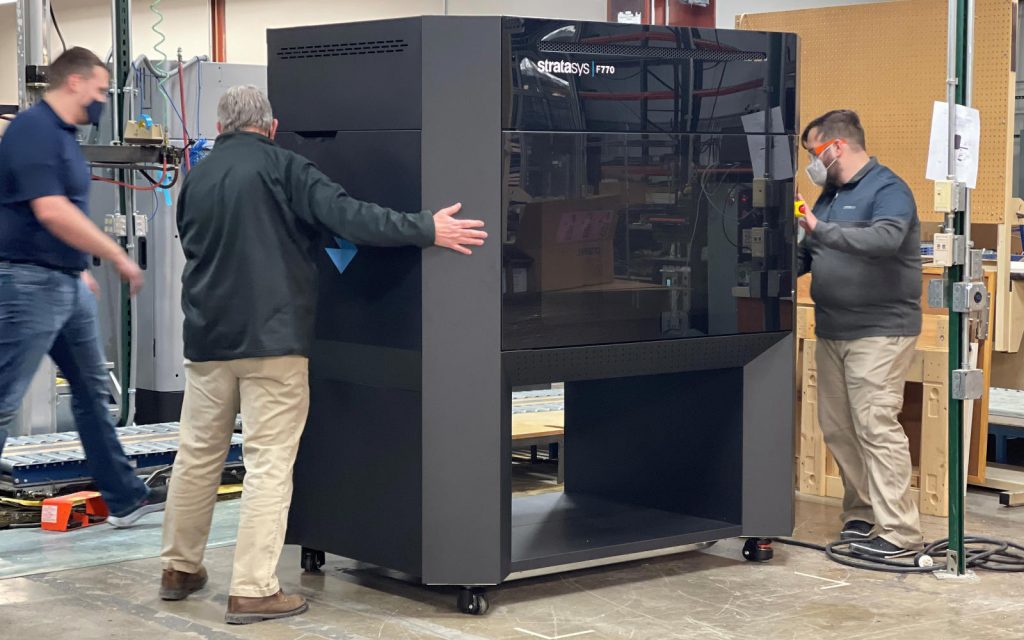