From SOLIDWORKS to Consumer Product: When Life Hands You Lemons… Grab Your PressaBottle!

At the beginning of February 2018, Dragon’s Den aired an episode showcasing a product called PressaBottle – a start-up company of 3 brothers from Elora, ON. What does a Dragon’s Den episode have to do with Javelin?

While attending Conestoga College, the Hambly brothers saw peers infusing water with fruit and wanted to try it for themselves. Left unsatisfied by the lack of flavor traditional infusing gave, they decided to create their own. Under the direction of Professor Fred Fulkerson, the Hambly brothers learned how to use SOLIDWORKS and implemented these new skills in the creation of PressaBottle.

The entire design for PressaBottle was created in SOLIDWORKS 2015.

“SOLIDWORKS was a huge help to us as we had to learn how to design consumer products as we went. We still use SOLIDWORKS for design improvements and new products we will be releasing. Without SOLIDWORKS we would not have been able to bring our idea to life.”

From there, the designs were prototyped on 3D printers and have since moved into full manufacturing. Between SOLIDWORKS models and 3D Printed prototypes, the product revised over 70 times before producing the first production run. SOLIDWORKS had a huge impact not only on the design process, but the manufacturing process as well.

“When I traveled to China to meet with the manufacturers, there was a language barrier. SOLIDWORKS really became an “international language” for [us] to translate the design specifications.” 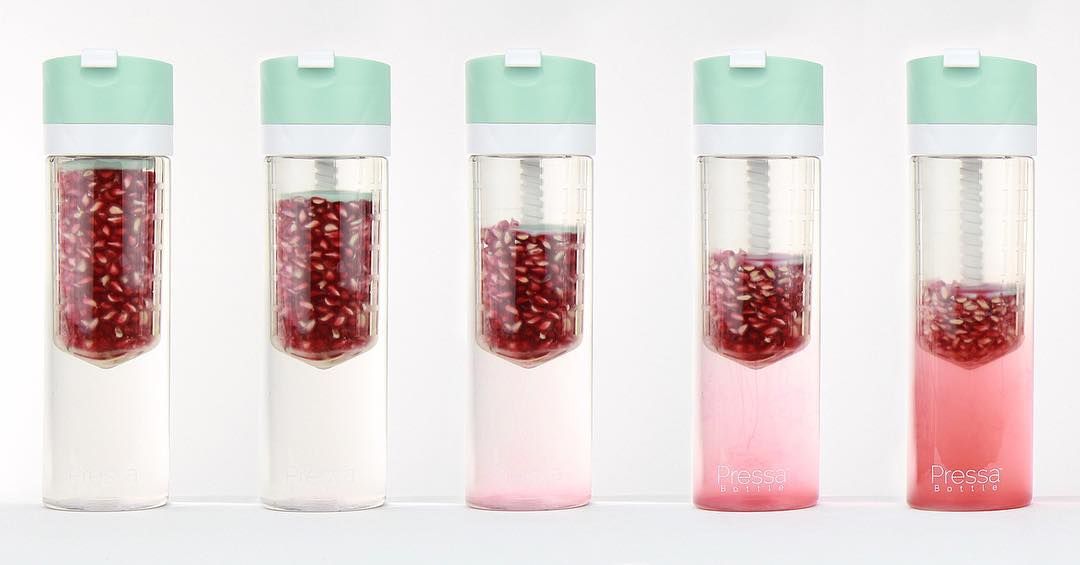 Their design made a revolutionary change to natural fruit infused water. Instead of submerging the fruit like the traditional infusers do, the Hambly brothers used SOLIDWORKS to design a twist dial on top of the bottle. This twist dial pushes the fruit down in the submerged basket, pressing out the natural juices and flavors. This method creates what they like to call “pressed water”.

The Hambly brothers received 4 offers from Michele Romanow, Jim Treliving, Arlene Dickinson, and Joe Mimram. In the end, brothers teamed up with Jim Treliving for 25% of the company. PressaBottle is currently available for pre-order!

Benefits of the Structure System tool in SOLIDWORKS 2019

Efficient Design for the Oil and Gas Industry

Home › Resources › From SOLIDWORKS to Consumer Product: When Life Hands You Lemons… Grab Your PressaBottle!
Scroll To Top