Over the decades, the line between human and computer has begun to blur. We have seen smartphones and tablets become more interactive through human touch. From this market has evolved wearable technology that collects environmental information (such as heartbeat, running speed, and geographical location) and presents it in a useful way through user applications. However, many such devices have to be pulled out of your pocket or handbag to purposely interact with them.

Thalmic Labs set out to find ways for wearable tech to be less obtrusive and more natural, believing that using your hands and fingers is the most natural way for humans to interact with and control devices. Thalmic Labs found a way to translate natural hand and finger movements through a wearable armband into actionable information for a computer. Its product is called the Myo™ Gesture Control Armband, an enabling wearable tech platform that has a myriad of application possibilities: presentation control, medical, military, and assisted computer usability for those with disabilities.

Inspired by a University Design Project

Stephen Lake, Matthew Bailey, and Aaron Grant, cofounders of Thalmic Labs, together attended the University of Waterloo in Canada. Inspiration struck after the trio worked on a design project during their final year at the university. Matthew explains, “We knew that we wanted to do something in wearable tech, because we believed that, with the progression of computing, everything is becoming smaller and more personal.” 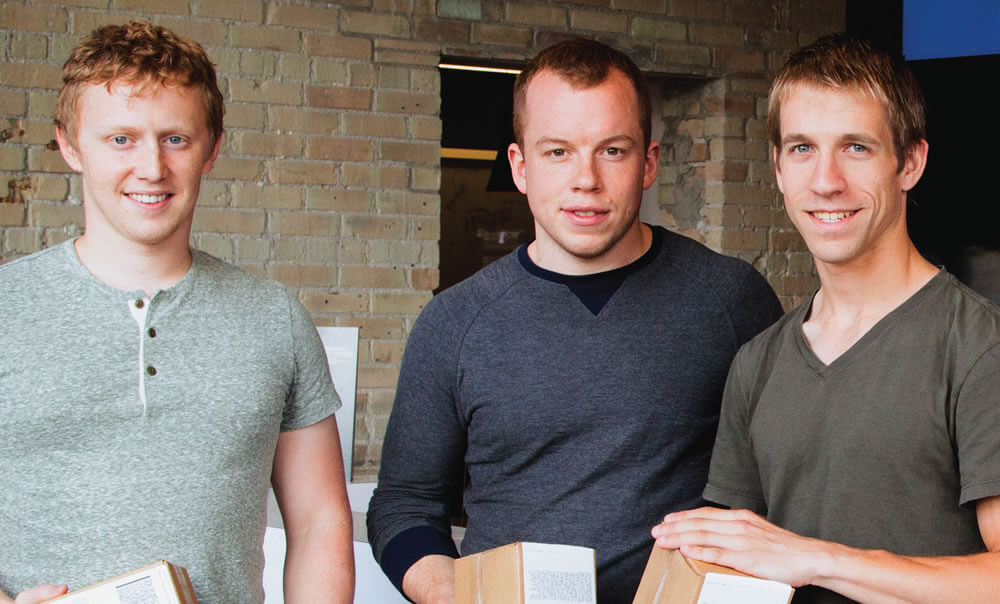 They cobbled together some hardware from their school labs, validated their theories on arm movements, and began planning the company before they graduated. Thalmic used SOLIDWORKS® solutions to design the Myo wearable technology product and was especially impressed with how easy it is to use and how quickly 3D prototypes can be printed. Chris Goodine, Developer Evangelist at Thalmic, explains, “One of the biggest benefits of designing with the SOLIDWORKS platform is the ability to quickly prototype: quickly sketch things and turn them into something we can print out and get a feel for.” Prior to releasing the consumer version of the Myo armband, Thalmic created many iterations of prototypes based on feedback from the market. Having the ability to turn prototypes around as quickly as possible in SOLIDWORKS was vital for them.

“One of the biggest benefits of designing with the SOLIDWORKS platform is the ability to quickly prototype: quickly sketch things and turn them into something we can print out and get a feel for.”

The Thalmic founders spent their first several months seeking small investments from pitch competitions and small incubators to help finance their venture, while financing their hardware and tool purchases on personal credit cards. It took two tries at the Velocity Pitch Competition, out of the University of Waterloo, for Thalmic to finally land some investment money. As they continued to enhance their design concept through government grants, Thalmic was accepted into the Creative Destruction Lab, associated with the University of Toronto, where they received a sizeable round of investment.

In preparing for the pitch competition for the Creative Destruction Lab, Thalmic used SOLIDWORKS to design and develop a basic prototype for the investors. After continuing to refine and develop prototypes, they were accepted into Y Combinator, one of the most prestigious startup accelerators worldwide. Thalmic also conducted a pre order for the Myo armband, which was very successful in validating market demand. Using the proven market and its pedigree from Y Combinator, Thalmic then raised over USD $14.5 million in Series A financing. Bailey shares his thoughts that one of the biggest benefits of working with an accelerator is the ability to connect with other startups that are at various stages in their lifecycles: “It’s an amazing environment to be in because, no matter what problem pops up in your own company, there is somebody else to talk to, to help explain how they worked their way through that problem, or to give you advice.”

Gesture control and wearable technology has a bright future

Thalmic sees the Myo armband as an enabling technology that opens the door to countless applications. The company’s firm belief in this concept has led it to create a developer community where the Myo is the platform for empowering imagination. Today the Myo is used by public speakers to control presentations. Natural arm movements and short finger movements enable the speaker to control what is on the projected screen without turning away to a computer or making distracting motions to click or move a mouse. In fact, design engineers who use SOLIDWORKS can demonstrate their virtual models using a Myo armband without having to go to their computer or use a mouse! 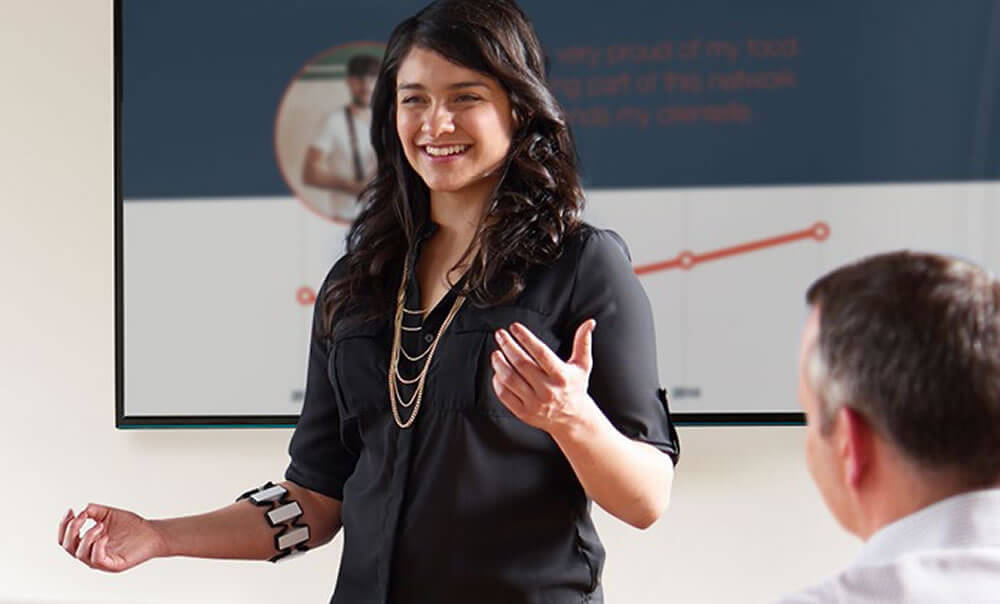 There are several other ways Myo can interact with users and the list continues to grow thanks to Thalmic’s innovative developer community. Currently the Myo armband can control music while running, operate YouTube, and browse the web. Future applications potentially include medical (substitution for EMG diagnostics), military, and virtual surgery. These applications are just the beginning as our interactions with technology become simple, easier, and more natural. And, thanks to its creativity and execution, Thalmic Labs is leading the way in wearable technology design.