We Designed and 3D Printed a Christmas Tree Topper

The holiday season is upon us! Have some fun with SOLIDWORKS and a Stratasys 3D Printer this Christmas and design yourself a brand new tree topper.

Javelin’s talented Applications Engineer out of the Winnipeg office, Bryan Sprange, worked on one for the Catalyst 137 building where the Javelin Kitchener office is located. Read below about the design process, programs used and how we 3D printed it, and then try your own! 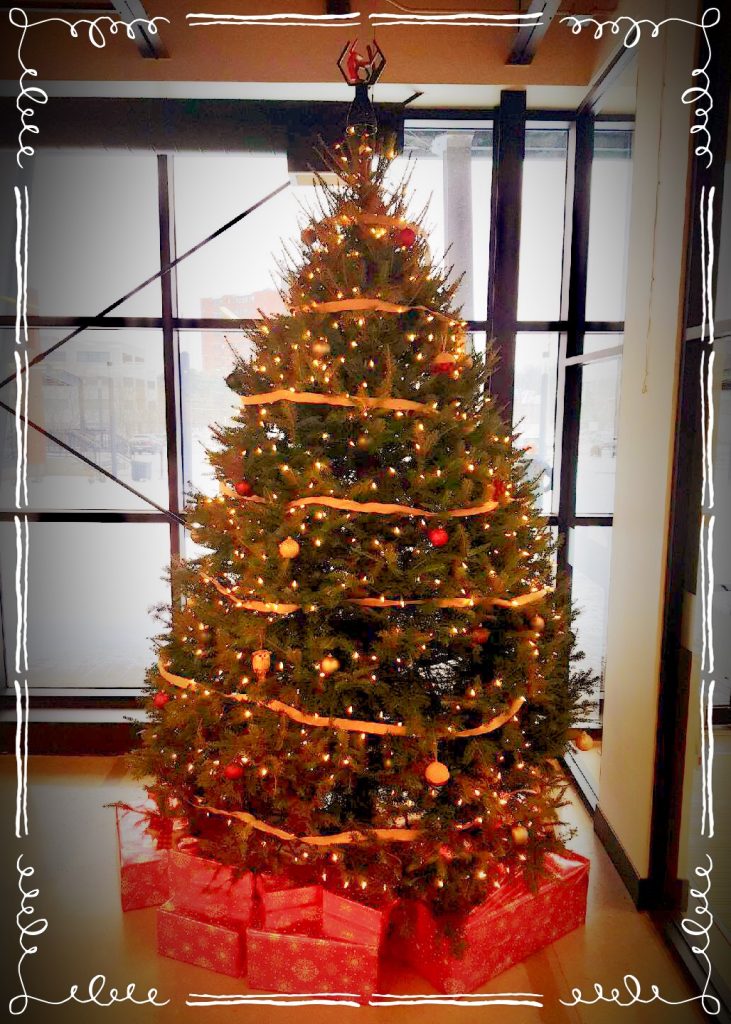 What software did you use to design the tree-topper?

BS: SolidWorks 2019 SP 0.0 for the design. Mostly Simple extrusions combined with direct editing techniques – copying part bodies and moving them, and then in the end slicing away parts to make ready for printing. I used eDrawings Professional to share the file with the client, and SOLIDWORKS Visualize for the renderings. 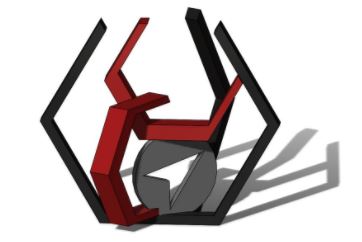 First draft of the tree-topper seen in eDrawings

What was challenging about modeling this piece?

BS: Going from the company logos to create cut outs, and different design elements (such as the Catalyst 137 logo for the main body of the part) requires lots of fine adjustment to get the right “feel”. The actual modelling of the part isn’t overly complex, but I wanted to make sure that it would be simple to print, and to assemble while still looking interesting.

Each of the different arms had to be moved around, and I tried to make as many things hexagonal as I could to quote the Catalyst 137 logo. Looking down from the top is using angles from a hexagon to layout placements, just not with all six sides. 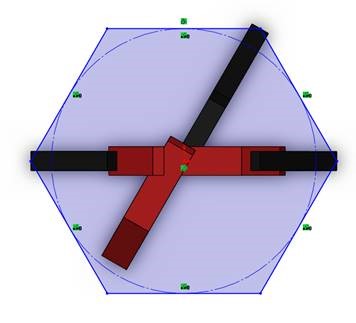 Aerial view of the tree-topper design

BS: Direct editing (move/copy body command was used over 10 times in the end [some were needed to separate out for printing]). Surfacing for the cut out for the Javelin – Cimetrix text spot, as well as traditional extrudes and cut extrudes! All the logos were saved as “sketch blocks” to make scaling them easy.

Tree-topper with base seen in eDrawings

How long did it take you from start to finish?

BS: I would guess around 7 hours total. Lots of time trying different ideas, and thinking about how to accomplish the design.

You collaborated with Connor Janeteas (Cimetrix 3D Applications Specialist) for the 3D Printing portion of this. Was the design modified after reviewing it with Conner? If yes, what needed to be done and why?

BS: Yes – I added a cut out for where the Javelin-Cimetrix logos are (pictured at bottom) so that the two-material print required for the embossed look could be a small piece which gets inserted into a pocket.

Tree-topper arm with the Javelin and Cimetrix logos

I also separated each piece so that they could be printed flat (other than the base) which will minimize support material and speed up the print. When separating, slots and grooves were added to allow it to assemble exactly as it should.

Clearances had to be added as well to make sure that parts will fit together better in some places. 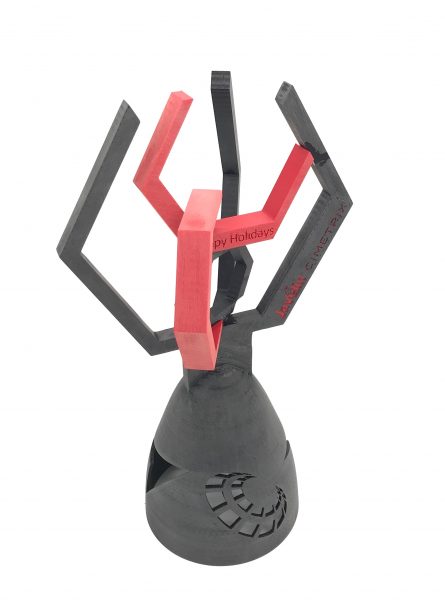 What material was this printed in and what type of printer did you use?

BS: We used the Stratasys F370™ for the print with material being ASA FDM Plastic. 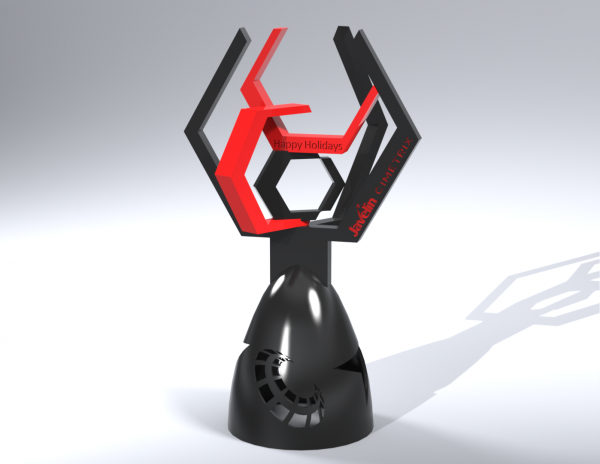 The Rapid Prototyping Shop of the Future

Improving Speed and Accuracy of Injection Molding with SOLIDWORKS Plastics