The award-winning, Stop Motion Characters created at LAIKA make no secret that the thousands of faces used in each film are 3D printed. Animators of such films as “Coraline” and “ParaNorman,” “The Boxtrolls” and “Kubo and the Two Strings,” have counted on Stratasys additive technology to provide naturalistic facial animation for the stop-motion puppets that give the films their distinct look and feel.

“The idea was to harness the power of the computer and these emerging 3D printing technologies to try to push facial performance, or push a character’s performance into a whole new realm,” said Brian McLean, director of rapid prototype at LAIKA.

For more than a decade, the additive technology has been a creative mainstay at LAIKA, ever evolving with LAIKA’s increasingly ambitious artistic vision and rapid advancements in 3D printing and software. “It’s really kind of an insane process that we’re doing, where we’re taking 3D printing and we’re fusing it with this really old technique of stop-motion and replacement animation and forcing these two technologies and techniques together to come up with some amazing performances and amazing results,” said McLean.

McLean received a Scientific and Engineering Award from the Academy of Motion Pictures Arts and Sciences in 2016, for pioneering the use of rapid prototyping for character animation in stop-motion film production. In turn, LAIKA seeks innovation around every corner, never settling for what’s already been done. “It takes us a very long time to decide on the feel for a new film,” said McLean. “There’s lots of experimentation before we arrive at the look of characters and the feel of the movie.” LAIKA also prides itself on increasingly complex stories with each film and “in order to tell a really complex story you want to be able to see and go along with that character’s emotional journey,” said McLean. “The quality of the 3D printing and the efficiency with which we’re printing these faces reached a point where each subsequent director wanted to have something more customized.”

“The decision to push the technology is very much driven by creative, said McLean. After the success of “Coraline,” LAIKA acknowledged both the power  of 3D printing and also its present limitations – namely, having to hand paint each individual face. “I still remember being in meetings with the director of “Coraline” and negotiating the number of freckles that “Coraline” had on each side of her face because we knew a painter had to hand paint each one of those freckles.” 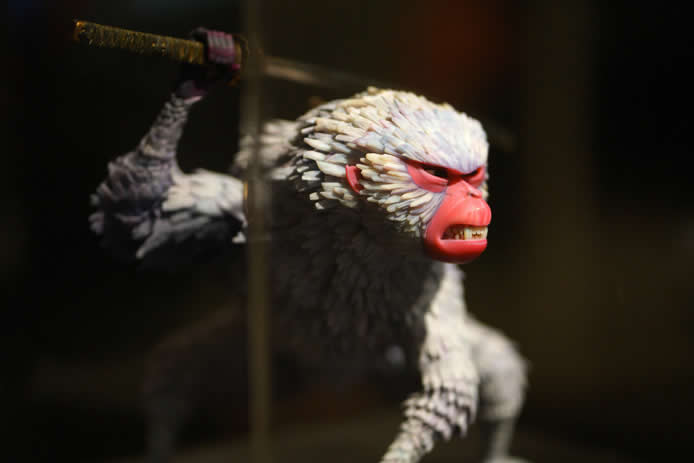 During early planning for their fourth film, “Kubo and the Two Strings,”  creators were faced with the realization that the three character designs under consideration were not possible with the 3D printing technology the Studio was currently using. “So I called Stratasys,” McLean said, “and while it took a bit of convincing because it was still early stages,” the team partnered on Beta testing of the 3D printing company’s first colour 3D printer, the Objet Connex3. “That was a really powerful alliance that suddenly allowed us to break into this colour plastic printing world. We had a hunch this Connex3 was just the beginning of their road map. And we were right.” One of the things LAIKA was most excited about with “Kubo and the Two Strings,” “is that we embarked on something truly unique. For the first time, we were taking hardware from a company and co-developing software. And customizing the software for our needs. Working with Jon Hiller, an independent software developer, and Stratasys we were able to unlock the Connex3 hidden Voxel Print capabilities,” said McLean. “By doing so we were able to create sophisticated and unparalleled colour plastic 3D printed faces for Monkey, Beetle and Moon Beast.” 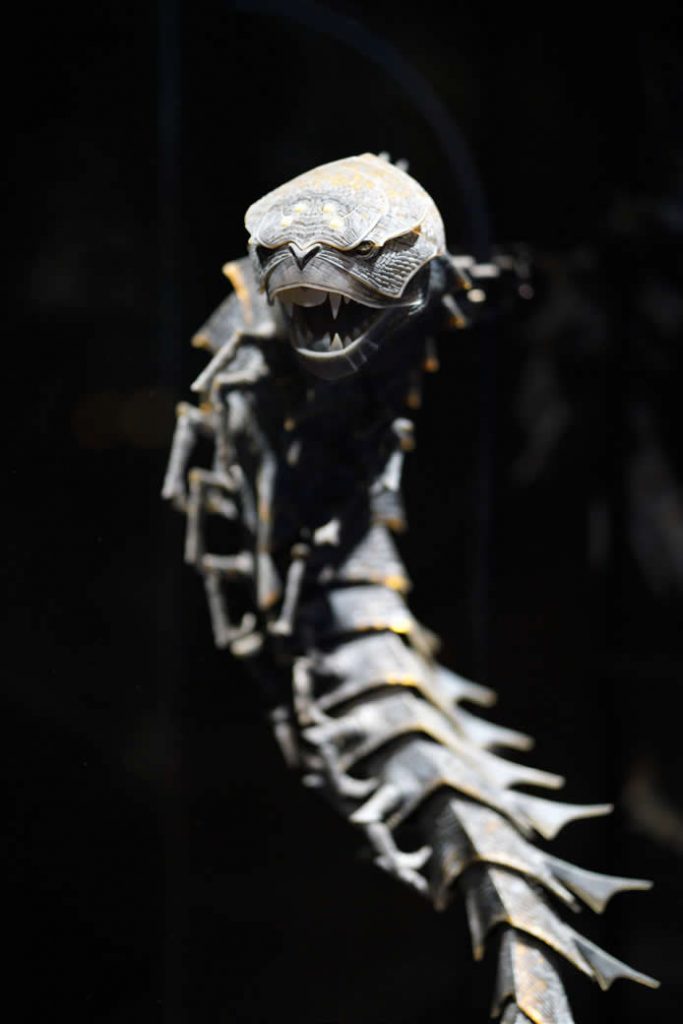 The next step in LAIKA’s 3D printing partnership with Stratasys came when LAIKA was invited to be a Beta customer on the Stratasys J750, the first full-colour, multi-material 3D printer. Due to LAIKA’s long history with Stratasys they created a unique partnership with Fraunhofer, the creators of Cuttlefish software, allowing LAIKA early access to Voxel Print on the Stratasys J750. The groundbreaking 3D printer has 360,000 different colour combinations; with Voxel Print, that capability grows exponentially and is combined with the ability to compose new textures and gradients, enabling 3D printing with extraordinary precision. “This is what we’re using on ‘Film Five,’” said McLean.

“Basically we have a work flow now that allows us to have an animator sit down, animate a unique line of dialogue, specifically for that one-shot in the movie and we’re able to print that out, process it and deliver it to set.”

The result of LAIKA’s desire to create unprecedented stop-motion animated performances has led them to continue to push the limits of the 3D printing technology they use. “Coraline” had roughly 20,000 faces, “ParaNorman” had 40,000, “The Boxtrolls” had 56,000, “Kubo” had 64,000, and “we’re well on the way to producing between 85-90,000 faces for our next movie,” said McLean. “The only reason we do what we do is for the performance,” said McLean. “It all goes into that idea of us being able to tell stories that have never been able to be told in stop-motion animation.”

According to McLean, “Being able to have a 3D printer like the Stratasys J750 that’s repeatable and accurate with this full range of colour and materials has afforded us the idea of being able to achieve this shot-by-shot customized animation.” LAIKA’s relationship with Stratasys over the past ten years or so “has been reinforced in film after film. There’s this level of trust that allows us to continue to push each other in really positive ways and I’m excited to continue to forge this relationship on our next movie and in movies to come,” said McLean.

LAIKA needed a colour 3D printing solution that reduced the need to hand paint each individual face variant of their character, which could be tens of thousands of faces.

“Being able to have a 3D printer like the J750 that’s repeatable and accurate with this full range of colour and materials has afforded us the idea of being able to achieve this shot-by-shot customized animation.”

Javelin-Cimetrix to open expanded additive manufacturing lab in Oakville on May 15, 2019

How to 3D Print Presentation Models with PolyJet

Unlocking the Potential of Embedded Functionality with 3D Printing