Additive Manufacturing in the Aerospace Industry

The aerospace industry is leading the way for adoption of 3D printing technologies for manufacturing applications.

With widespread adoption of additive manufacturing for jigs, fixtures, and tooling applications on the shop floor, as well as the announcements of trailblazing companies like United Launch Alliance and Airbus qualifying additive manufactured high performance thermoplastic parts for flight applications, and the printed jet UAV demonstrated in 2015, the future of the industry is starting to take shape.

Why watch the on-demand webinar

During the webinar you will learn about:

Watch the on-demand webinar below to learn more, hosted by aerospace expert Scott Sevcik from Stratasys.

The webinar will be presented by Scott Sevcik, the Senior Manager for Aerospace & Defense Business Development at Stratasys 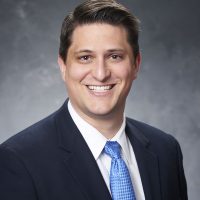 In this role, Scott is responsible for accelerating the adoption of additive manufacturing in the aerospace and defense industries globally through building partnerships for application and technology development.

Prior to Stratasys, Scott led the program management team developing sensors and integrated systems for commercial transport aircraft at United Technologies Aerospace Systems.  At UTAS, and Lockheed Martin before that, he led engineering teams on development projects for the SmartProbe® AirData System, the Taiwan P-3 Aircraft, and a satellite launch program.  Scott also led proposal efforts for UAVs, avionics, and missile defense programs at Lockheed Martin.

Digital/Additive Manufacturing with 3D Printers has opened the door for faster and more cost effective production.

3D printed manufacturing applications and tooling can make dramatic improvements in both time and cost efficiency, when compared with more traditional production methods.

How do you validate your Plastic Part Designs?