Uncertainty is arguably what most business leaders fear most. But when you launch a new company aimed at building the first supersonic passenger jet since the Concorde, you need to embrace it, be agile and think big.

That’s the story behind Boom Supersonic, an aerospace company located near Denver. Boom is a growing company with a big idea – to make supersonic air travel mainstream. Earlier attempts at commercial supersonic flight were unable to achieve sustainability, economically or environmentally. Technology advancements and the growing prevalence of global travel create a market opportunity for Overture, the company’s flagship airliner. Overture will be the world’s fastest airliner and will cut long-distance flight time almost in half, making it possible for more people to go more places more often. To bring it to life, Boom has embraced 3D printing in nearly every facet of the aircraft’s development. 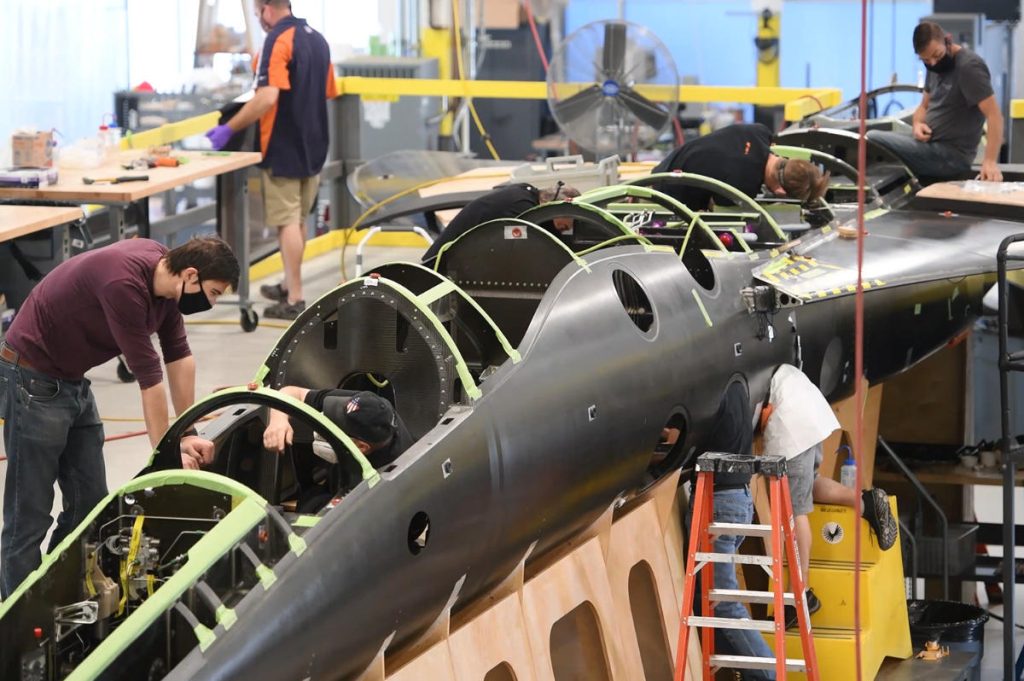 What Boom is trying to accomplish isn’t for the faint-hearted. The last time paying passengers flew supersonic it was a government-driven Cold War-era prestige project involving a consortium of large, established aerospace companies joining together and spending more than ten years and an enormous amount of development resources and risk to make it happen. This time around,

Boom, as a private company, is working within a business context, in order to ensure that the end product, Overture, can be profitable for its customers and the company itself. Fortunately, aircraft technology has advanced a lot in 50 years. Today’s aerodynamic design capability, material properties and engine performance have mostly overcome the issues that grounded the last supersonic aircraft.

Combined with the manufacturing benefits of 3D printing, Boom is well positioned to meet its goal. Now, the company is ready to take its first major step toward its ultimate goal with the first flight of its one-third scale demonstrator aircraft, the XB-1, next year, following an unveiling event this October. 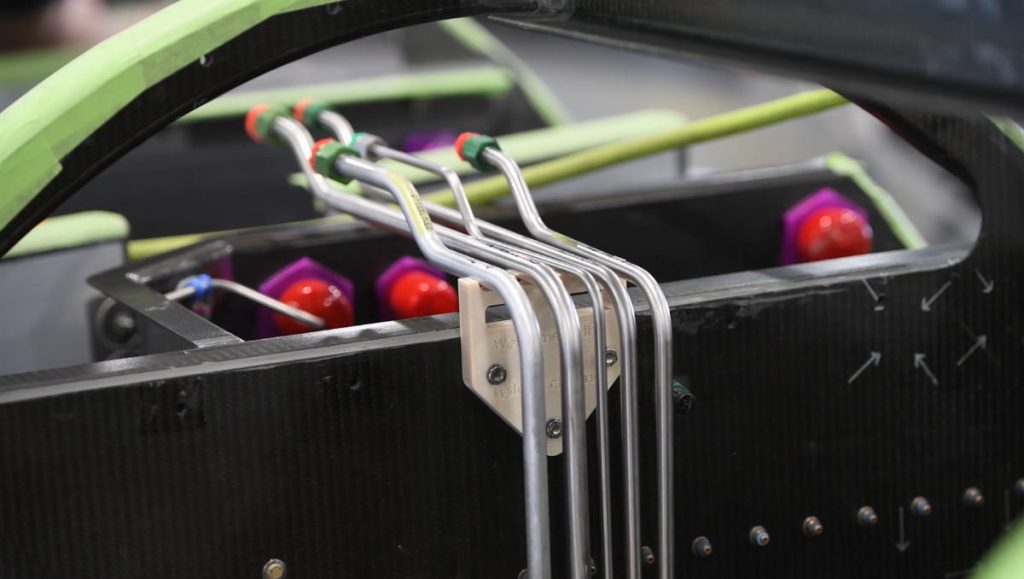 Fast and Nimble Thanks to 3D Printing

From the start, the Boom team knew 3D printing was going to play a crucial role in the development of XB-1, and ultimately for Overture. Mike Jagemann, Director of XB-1 production, had previous experience with 3D printing and brought in two Stratasys 3D printers – an F370™ and Fortus 450mc™— right away to help with prototyping.

Boom later added a Stratasys F900™ 3D printer to expand beyond prototyping to include the additive manufacturing of tooling and production parts, and the company has since 3D printed hundreds of parts and prototypes. One of 3D printing’s biggest benefits is time savings, and the company estimates it has saved hundreds of hours thanks to the technology. Boom uses 3D-printed parts to check for proper fit and alignment, saving valuable engineering time. “With 3D printing, we’ve been able to obtain parts very quickly and determine that they’re either going to work or that we need to make changes,” says Jagemann. “Rather than spend eight hours in CAD trying to check space constraints, the engineer can continue working on other things. When the part is printed, they can check the fit.” Manufacturing these parts using traditional methods would be more expensive and too slow.

Being able to print parts like hydraulic line clamps that will fly on the XB-1 is another critical time saver. The advantage is the ability to optimize the engineering workflow, leaving these components to the very end of the design process because they can quickly be printed in-house. “That shortens the supply chain on certain components that are a good fit for 3D printing,” adds Jagemann.

The biggest savings so far, both in cost and time, has been the ability to make custom drill blocks to accurately locate the many fastener holes that pepper the XB-1’s airframe. Initially, Boom developed tooling that relies on metrology to position one hole at time. As the assembly progressed, however, it became clear that this approach was taking too much time. Instead, the team pivoted and 3D printed more drill blocks, each incorporating multiple holes. That allowed them to use metrology to accurately position twenty or more holes instead of just one at a time. “Being able to locate a drill block with a large volume of holes has been a huge manufacturing time saver for us,” says Jagemann.

“With 3D printing, we’ve been able to obtain parts very quickly and determine that they’re either going to work or that we need to make changes.”

One surprise with 3D printing Jagemann wasn’t expecting involved how it helps make Boom’s engineers more efficient, which in turn helps the team move faster. “3D printing parts helps make the physical connection between what the engineer sees in CAD and how the part actually turns out,” Jagemann says. “If you don’t have a 3D printer to close that loop, you’ll use machined components instead, and that’s more expensive.”