Partnership with Javelin Technologies leads to a mission to help other users.

To put the finest finishing touches on some of the most extraordinary and elaborate architectural projects in North America, you need leading edge design and modelling capabilities.

Feature Walters is a company within Walters Group, a network of companies that provides construction engineering, detailing, fabrication, finishing, delivery, and construction. Feature Walters specializes in the unique elements that define the best in architectural design – the most eye catching and memorable structures. Based in southern Ontario, Feature Walters takes on projects ranging from public art to floating staircases to building facades. It’s a one-stop shop, including manufacturing facilities, a large architectural detailing department, and installation services. 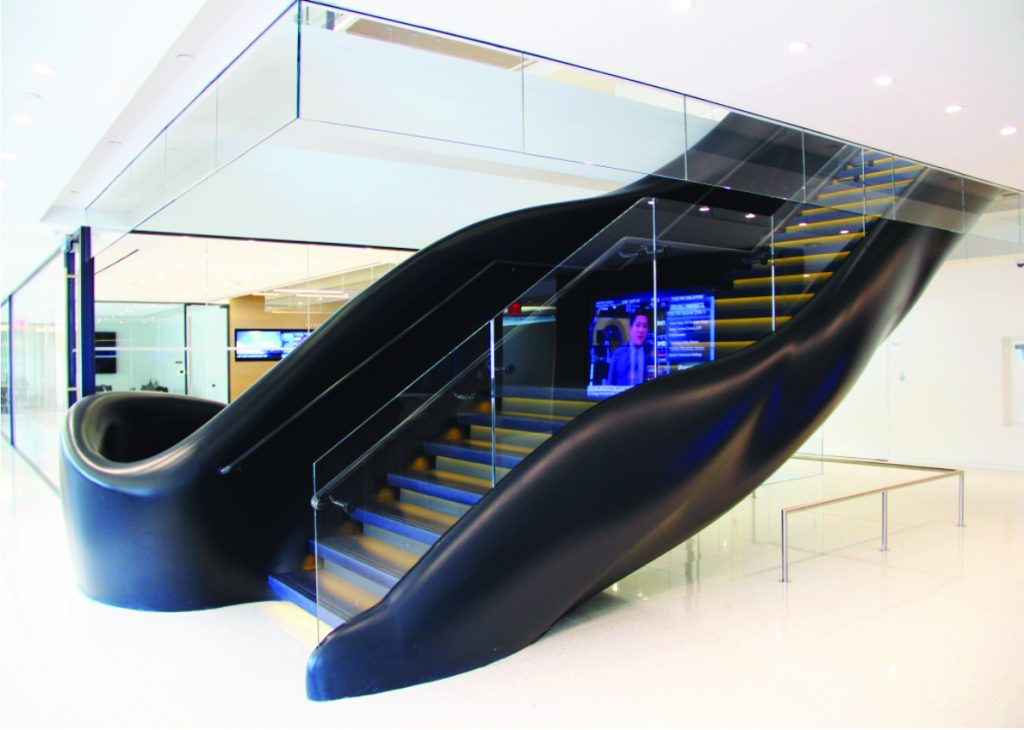 One of the lead designers is Grant Mattis. Starting with the creative vision of the architects and engineers, Grant and the other designers make sure the end-product is structurally sound and can be installed successfully, often in small pieces in already finished spaces.

Feature Walters chooses SOLIDWORKS® 3D CAD software to create 3D models and drawings of custom architectural features. Every day, the designers work with large assemblies and drawings with complex sections and intricate details. In the past, while working on these complicated designs, Grant says the team experienced slowdowns, causing frustration and gaps in productivity.

“I’d come in to work, open a model, go get a coffee, and chat with a co-worker, and by the time I got back to my desk, the model might be ready to work on.”

Opening a model, maybe once or twice a day, was one challenge, usually hanging up a workstation for 10 to 15 minutes. Slowdowns also occurred when regenerating and updating files, which happened many times a day. Even clicking on a line or changing a dimension could cause a delay of a few minutes.

“I knew there must be a way to make things better,” Grant says. “We weren’t operating as efficiently as we could be, and we needed to get someone in to help us figure this out.”

Spending a day in the nitty gritty

Grant turned to Javelin Technologies, known for its expertise in SOLIDWORKS and focus on training and support. Javelin’s Alin Vargatu visited Feature Walters for a full day Productivity Service which included assessments and consulting to understand the design team’s day-to-day work and challenges.

“The consulting day clinched it,” Grant says. “Alin spent the day in the nitty gritty of what we do, how we do it, and why we do it that way. We immediately saw improvements and got a bunch of new ideas. It was good to have someone in who knows SOLIDWORKS thoroughly, including all the available improvements that have been made to the software over the years.” Recommendations from Javelin included getting Grant’s team signed up for three days of private, custom training sessions, delivered by Alin on site at Feature Walters. 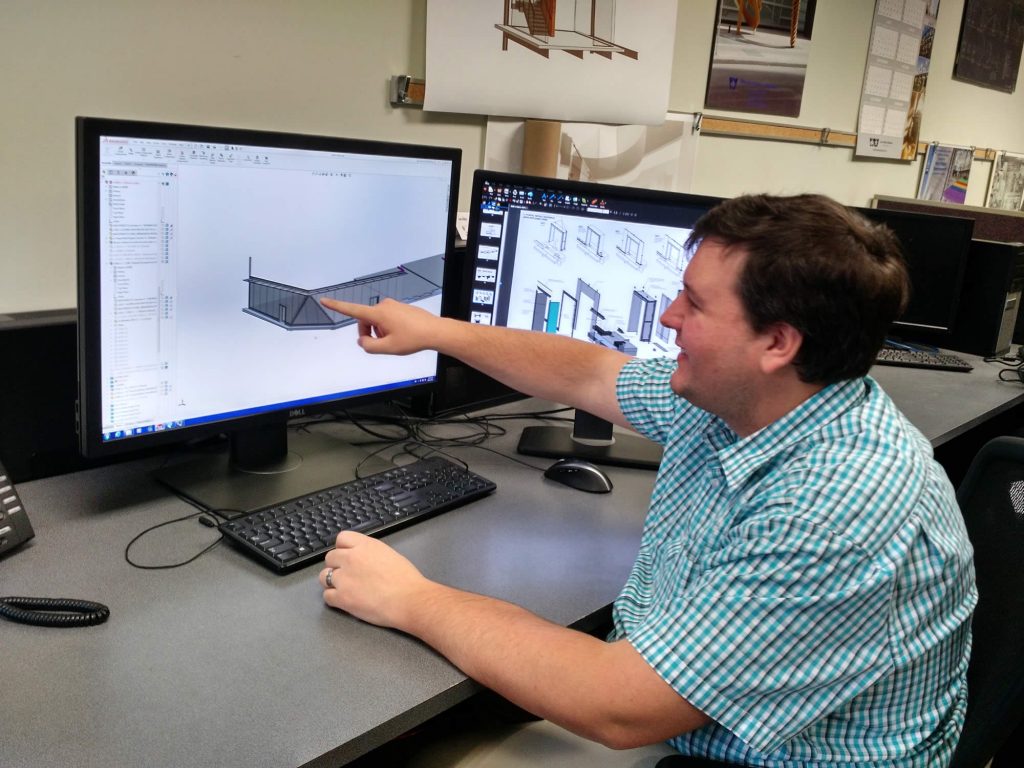 During training, Alin encouraged Grant’s team to try detached drawings. They had tried using the feature before, but didn’t find it any faster.

“Alin encouraged us to try again,” Grant says. “We learned that the trick is to close the primary model before opening the detached drawing. With that we turned a 20-minute wait into only 30 seconds. We used to click on a line in a drawing and watch the cursor spin. Today, it reacts in a fraction of a second. Those time savings add up over a day, a week, or a year.”

The biggest impact of these improvements? Grant says it’s the positive effects on people. “When we had frustrating slowdowns, we would go home feeling defeated, as if our workstations couldn’t keep up with us.”

Today, the team appreciates their company’s investment in their development, is better focused, gets projects done faster, and meets deadlines. Grant posted in the SOLIDWORKS forums to share his experience, writing “before we started using detached drawings, we would be lucky to get two single-page customer drawings complete in a day of work and it was nearly impossible to give accurate timelines to management.”

Encouraging others to find ways to improve

Grant has since been inspired to partner with Alin to study the SOLIDWORKS drawings environment and how to work efficiently with very large drawings. The two have applied to present their findings at SOLIDWORKS World 2018. Grant also has some advice for others considering getting outside help with SOLIDWORKS.

“It might take a little time to get buy-in. You have to communicate the need, show that you can do even better, and get someone skilled in to help you. Feature Walters is fantastic for investing in people and helping them excel in their role. Just show it needs to happen then make it happen.”

Two massive curved plates of steel finished in stunning red automotive paint, viewable from the ground or from a walkway connecting two towers in central Toronto. 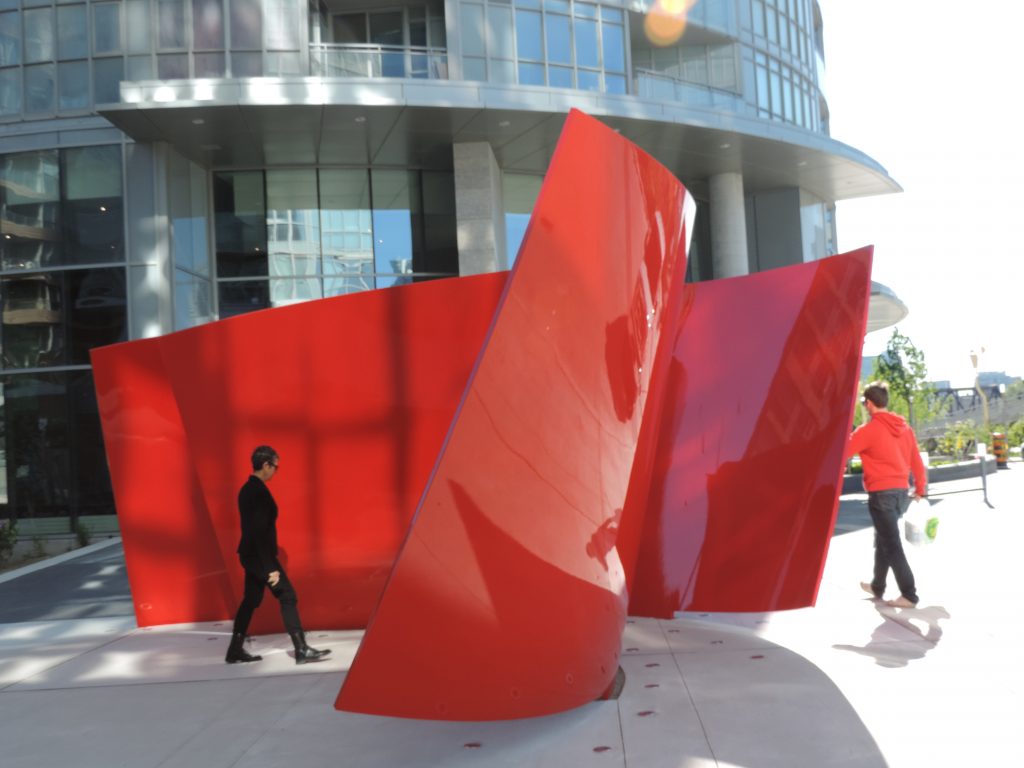 Conceived by artist Maha Mustafa and executed by Feature Walters, this public art instantly became a flagship piece in the already impressive holdings of Concord CityPlace, Toronto, ON 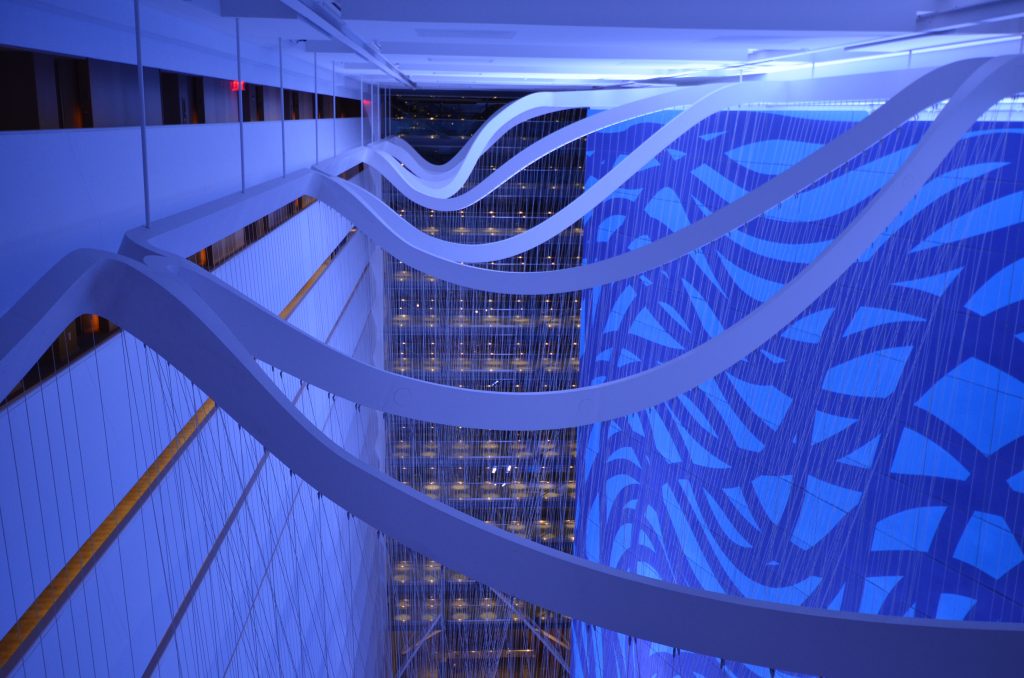 Part light fixture, part sculpture, the Veil installation at the Conrad Hotel in New York City wraps an incredible engineering feat in an exoskeleton of grace and beauty. Inspired by other architectural features within this luxury hotel, the upper and lower sections of the Veil are connected by 16 miles of glowing cables, creating an awe-inspiring, unforgettable visual tableau for visitors. 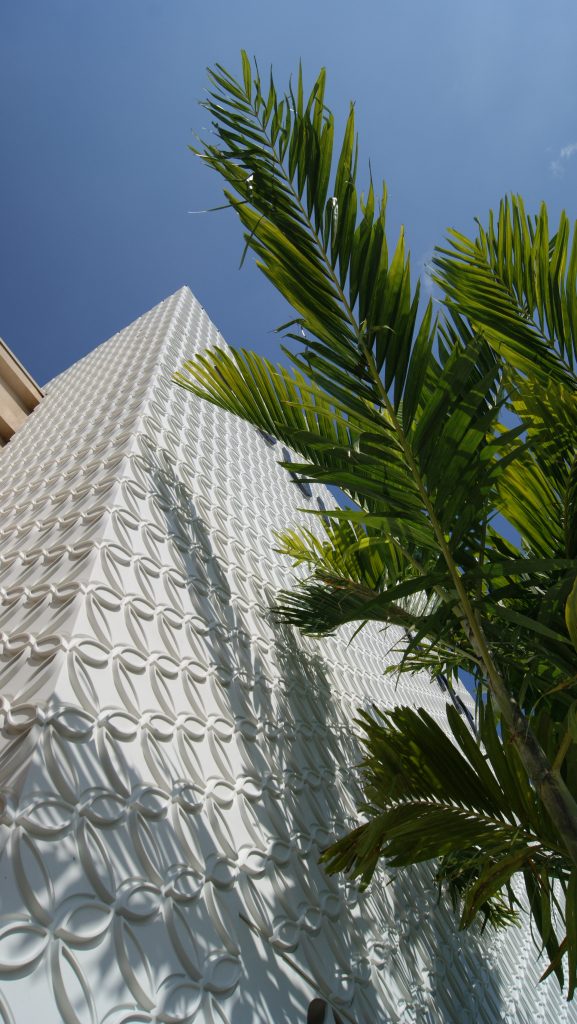 A signature steel-and-wood staircase and an external facade for a flagship Louis Vuitton location, designed and constructed to look beautiful even after a hurricane. 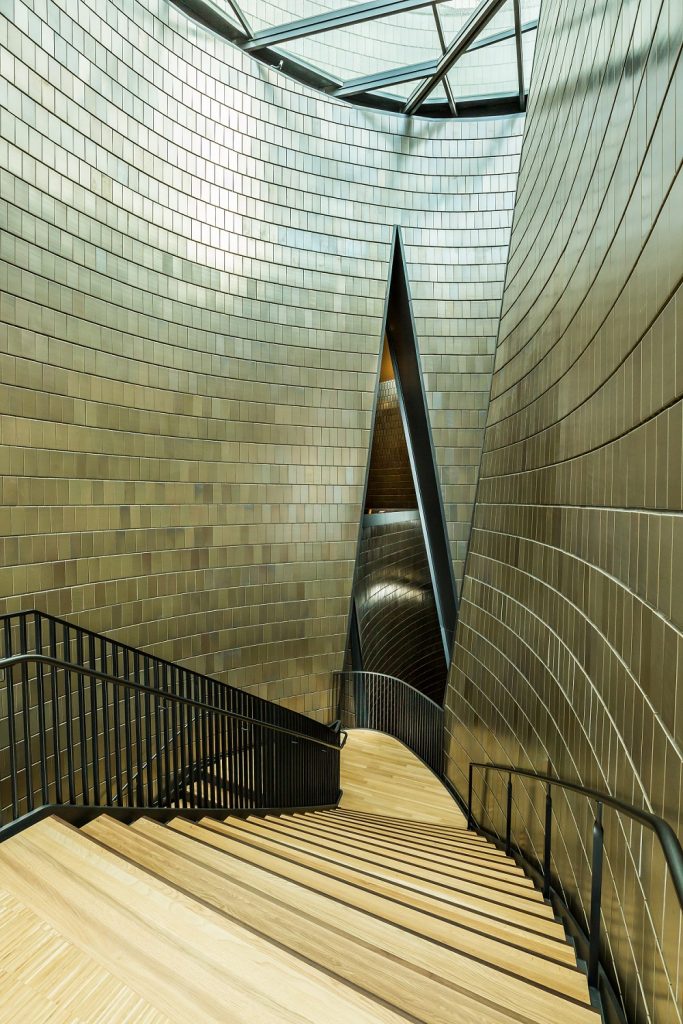 Studio Bell, home of the National Music Centre (NMC), is not only unique in Canada in terms of collections and programming, but it is also Calgary’s first national cultural institution. The NMC provides the nation with another architectural landmark that will draw music lovers and design buffs from around the world. The building opened in 2016, and has been cited to be a catalyst for an urban neighbourhood that’s been rebranded as the East Village.

Check out all the fascinating Feature Walters projects online at the Walters Group website.

“The consulting day clinched it, a Javelin consultant spent the day in the nitty gritty of what we do, how we do it, and why we do it that way. We immediately saw improvements and got a bunch of new ideas. It was good to have someone in who knows SOLIDWORKS thoroughly, including all the available improvements that have been made to the software over the years.”