Stamping Dies and Tooling 3D Printed for the Manufacturing Floor

Based in Cambridge, Ontario Canada, Egar Tool and Die is a leader in the production of automotive stamping dies, production stampings and welded assemblies. The company has been supplying North American Tier 1 and 2 automotive companies for more than 40 years.

The automotive industry consists of a vast network of suppliers and vendors producing millions of parts for the thousands of assemblies and subassemblies that go into every vehicle on the road.

While some of those components are cast, forged or machined, a large percentage are stamped or formed from various types of sheet metals using large stamping presses, capable of bending, cutting, forming, coining, and piercing the raw material. To deal with constant iteration in automotive design and the demand for huge numbers of parts, suppliers must be able to quickly retool and refit manufacturing lines to minimize downtime.

And for many companies, that’s where Egar Tool and Die comes in.

At Egar Tool and Die, the challenges are two-fold. First, the company must be able to quickly produce dies to meet customer requirements. But as a producer of more than 15 million stamped parts and welded assemblies annually, Egar – like many of its customers – must be able to quickly retool for different jobs. To do it, the company is investing in state-of-the-art manufacturing technology, including metal 3D printing.

Hear from Colin Kools, Director of Additive Manufacturing at Egar Tool & Die as he discusses how metal additive manufacturing can be implemented and properly deployed into a company:

For Egar engineers, 3D printing has proven to be a powerful tool to overcome those challenges – allowing them to quickly produce both end-of-arm tooling for stamping presses and custom die prototypes for both internal use and customers.

Today, the vast majority – as much as 80 percent – of Egar’s 3D printing capacity is dedicated to producing end of arm tooling for their high volume production stamping presses. Using just one Studio System, staff can design, iterate, and integrate components into their production line in less than a week – keeping manufacturing downtime to a minimum.

The other 20 percent of Egar’s additive manufacturing is focused on prototyping and developing die components, particularly using materials like H13 tool steel and 4140 chromoly steel, which are often used in stamping dies. As with end of arm tooling, 3D printing allows engineers to print and test multiple prototype end-of-arm tooling dies with subtly different geometries, and quickly refine designs to arrive at a final part.

Using the Desktop Metal Studio System, Egar engineers are able to produce end-of-arm tooling and prototype dies with complex geometry – like internal cooling channels – that cannot be manufactured via casting, machining, milling or other traditional methods. 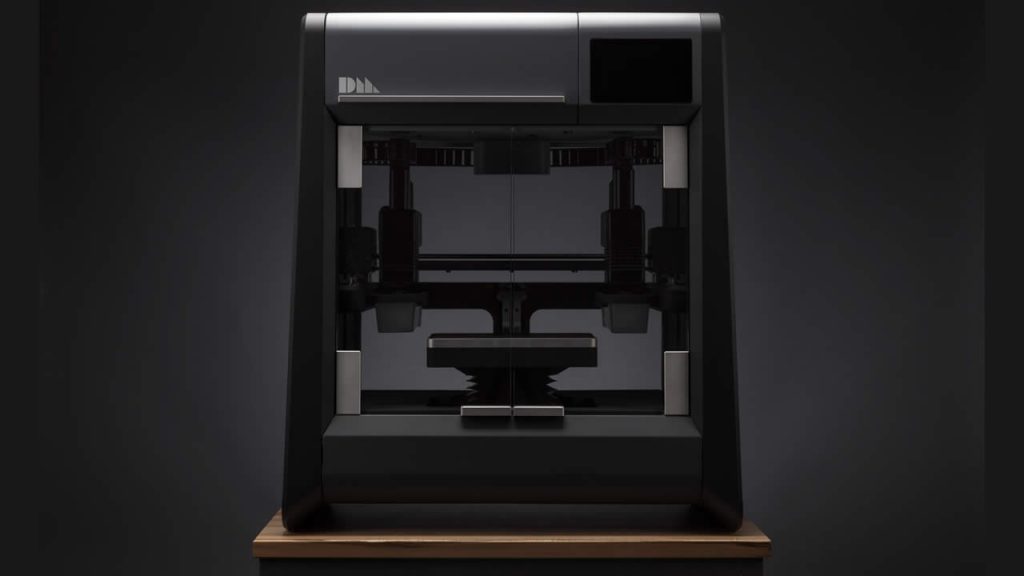 Additive technology also opens the door to lightweighting parts like transfer arms of a press to optimize performance and reduce stress on machines, as well as combining multiple parts into one (assembly consolidation.)

Additive manufacturing also allows for the use of generative design tools, enabling engineers to access new design spaces and create parts with organically inspired geometry, to create parts that are optimized for their application, but are significantly lighter and cheaper to manufacture.

In addition to the Desktop Metal™ products they already have in use, Egar engineers are eagerly exploring possible uses for upcoming materials – particularly copper – for use in a resistance welding application.

Egar has also invested in the Desktop Metal™ Fiber™ printer, and expects to begin printing parts like sensor holders for use in a gas metal arc welding system in late 2020. By printing the mounts from high-temperature PEEK filament, they will be able to withstand the environment inside the system – which includes hot welding slag, sparks and parts being dropped, helping to reduce downtime the results from damage to sensors. 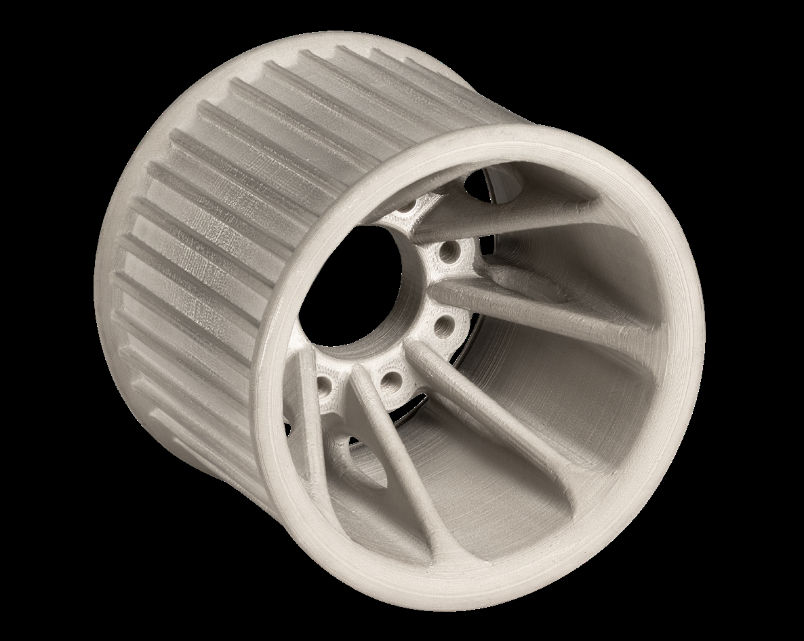 Before investing in the Desktop Metal Studio System™, Egar had explored the use of plastic printers to create mounts to hold steel end-of-arm tooling inserts, and for mounting stamping die sensors.

While those efforts demonstrated that 3D printing could meet the company’s needs, they still faced issues – particularly related to durability and cost – leading Egar engineers to search for a system capable of printing metal parts. After exploring a variety of systems, Egar engineers chose the Studio System™ for its robust printer design and furnace capabilities. While other metal 3D printing systems incorporate a similar sintering solution, they have smaller-volume furnaces which result in lower throughput. The Desktop Metal™ furnace, by comparison, features a unique, vacuum chamber design, the ability to use house gas, and a larger volume that allows for larger parts and higher numbers of parts per run, resulting in lower per-part printing costs.

Safe and simple to use, the Studio System was designed to bring metal 3D printing to the shop floor by allowing engineering and design teams to make metal parts faster, without the need for special facilities or dedicated operators.

DELMIA | Works – How to identify your hidden costs

Automotive Manufacturing Trends and the Emergence of 3D Printing

How to make your prototypes realistic – but not too realistic!

Applications for Additive Manufacturing in the Automotive Industry