3D Scanning a Submarine with an Artec Eva Scanner

Artec 3D scanners have been used extensively to digitize museum collections and historical sites, from scanning Assyrian reliefs at the British Museum to 3D capturing excavation sites with fossilized bones of prehistoric animals and hominids in Kenya. In this case study Artec Eva was used to scan a WWII submarine.

Who can tell how much heritage has been destroyed by time, man and nature? Countless monuments and artefacts have been lost forever, leaving traces only in manuscripts, books, photos and memories of the lucky ones to have seen them. But things have changed with the advent of 3D scanning as more and more institutes and museums have started to embrace the technology to save precious and fragile legacy in 3D.

The extent of heritage preservation is not confined to antiques and fossils, though. Artefacts of more recent history also need to be conserved. One of the examples of such artefacts is this Biber mini-submarine that has been 3D scanned by Artec’s Dutch partner Erwin Kanters, the head of the 3D tech company Miniyours. The Biber, the German for beaver, was the smallest, one man submarine in the Kriegsmarine, the navy of Nazi Germany. It could carry mines and two torpedoes attached to each side of the hull and was used to attack ships off the Belgian and Dutch coasts during World War II.

The submarine was developed in less than six weeks in February 1944 with the view helping to repel the imminent invasion of the Allies. The haste resulted in some serious construction flaws, which meant that pilots operating the Biber were virtually on a death mission. Between January and April 1945, 109 Bibers were sent on operations and only 32 survived. 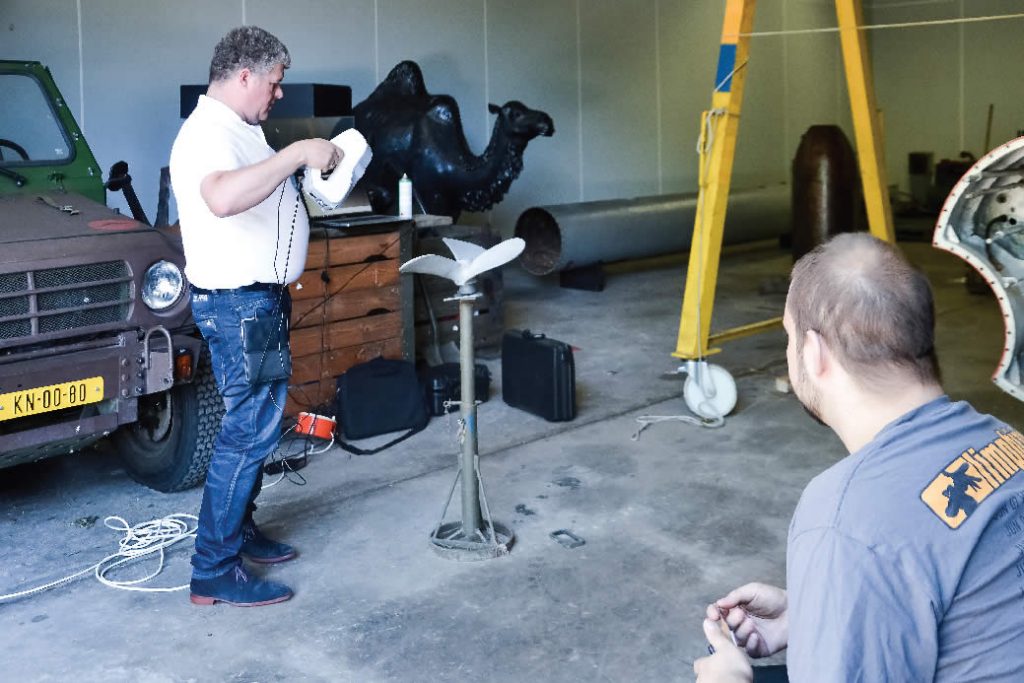 Scanning the propeller with Artec Eva

The Biber scanned with Artec Eva sank before it saw action. The submarine was discovered buried deep in the silt of a river in the Netherlands a few years ago, and the Dutch maritime heritage foundation Stichting Maritiem Erfgoed K-Verband asked Erwin Kanters to 3D scan it in order to capture its measurements for restoration and preservation.

“Because all the metal was old and dented, it was quite easy to scan as we had enough features on the surface of the metal”

— Erwin Kanters, the head of the 3D tech company Miniyours

Using Eva connected to a battery pack, which ensures stable scanning in places where there is no source of electricity, Erwin scanned the hull, the propeller and the torpedoes. Even though the Biber is a mini-submarine, it was quite a large object for the scanner, and taking into account all the ribs and gaps that needed to be captured, scanning took one full day, generating 10 files of raw data 3GB each. 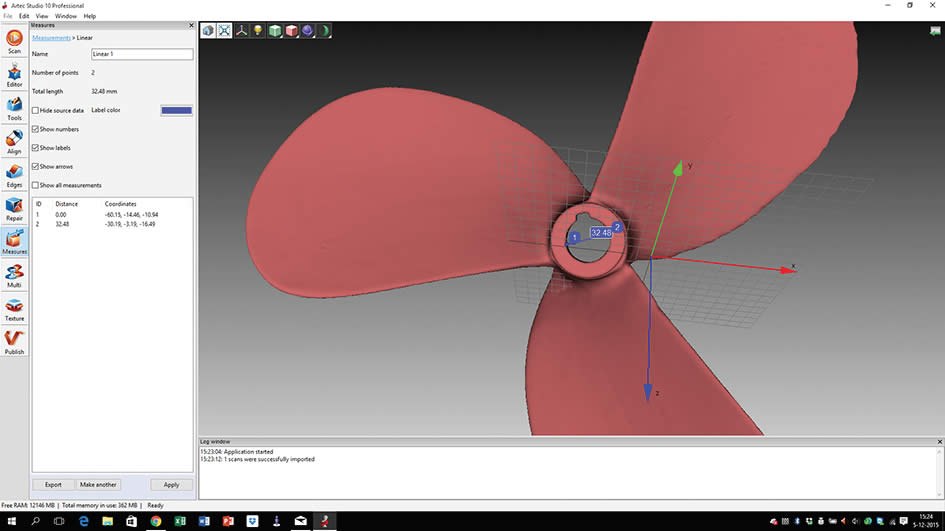 The propeller in Artec Studio software

“I found it useful to make multiple files and scan the submarine in sections to get maximum accuracy, as each section took quite a number of scans,” Erwin says.

Erwin processed the propeller and parts of the hull, and the larger part of processing was done by the foundation’s staff. They are now reconstructing the Biber, planning to put it on display in the future, which may take some time as it was badly damaged.

— Erwin Kanters, the head of the 3D tech company Miniyours