SOLIDWORKS aids the journey from beer hobbyist to commercial brewer

SOLIDWORKS® has been a key tool in helping Chris Enegren move from his very first garage home brewing setup to the 15-BBL (barrel) commercial brewer operation that graces the Enegren brewhouse today.

Chris began pursuing his passion for home brewing while a student at Loyola Marymount University. He started on a make-shift apartment stove but it didn’t take long for him to outgrow the setup and graduate to a 10-gallon, all-grain system. It was during this time that Chris was first introduced to SOLIDWORKS.

As an engineering major in college and life-long designer, Chris had been exposed to a number of different programs, but not all of them were easy to use. “I remember using Pro/Engineer®, and having the manual on my lap the whole time I was doing things,” he explained. Then one day Chris caught a friend using SOLIDWORKS and saw first-hand how easy and intuitive the software was to use. 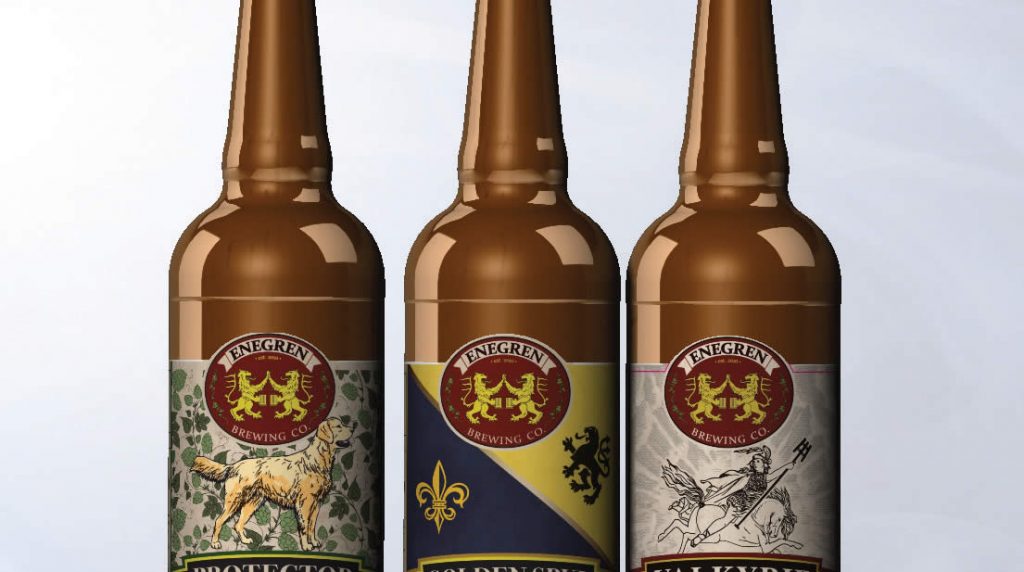 “I just got the student edition one night and started poking around, and was like ‘holy crap! I designed something really cool.’ I didn’t look at a manual, it was so intuitive,” Chris recalls. After graduation, Chris moved back to his parents’ place in Moorpark, California, where he worked with his brother and a close friend to take the hobby out of the home and into the marketplace. Enegren Brewing was born.

Transitioning to a Brewhouse

With its easy-to-use tools, SOLIDWORKS enabled Chris to take his initial 10-gallon brewery design and reinvent it as an automated system that was built right into the family garage. The system eventually became fully computerized and connected so that it could be monitored from a smartphone using a custom app.

Chris based his first automated 10-gallon brewing system out of his parents’ garage in Moorpark, CA.

As popularity and momentum grew for the new company’s brews, the Enegren team began contemplating a move into a bigger space and revamping its equipment; this time to a much larger 3-BBL system.

The challenges in pulling this off were many, starting with designing out the actual space — in which SOLIDWORKS 3D CAD played a vital role. The ability to visually lay out where each bar, fridge, or chemical storage drum might be placed, gave Enegren a clearer picture of how everything would fit together. “I was able to size up my warehouse exactly how I had built it out — literally everything I was going to use — so that way when we did it, it wasn’t an afterthought,” Chris noted. 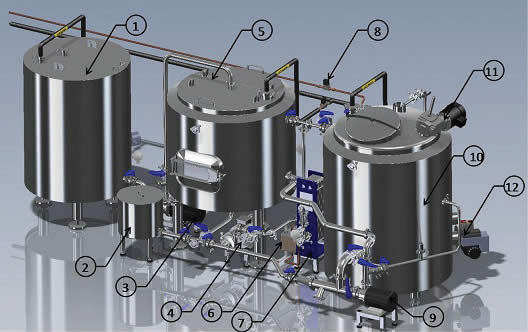 3D visuals also aided Enegren when working to satisfy health code regulations. Going through the inspection process typically calls for an inspector to come out and review the building. Armed with 3D visuals of his CAD models, Chris was able to show inspectors photorealistic pictures of the layout and get a preliminary ‘yes’ or ‘no’ to every question before construction, saving time and money at a crucial stage of the project.

“Whenever I added a new piece of equipment to the list of things I needed, I added it to the model. I was able to keep good track of what we needed and being able to see it instead of just a whole giant list of parts makes it much easier”

Touring the Brewery in 3D

Chris, like most designers, understood that building out a brewery in 2D is nearly impossible. Top-down 2D views lack the detail required to properly account for variations in pipe heights and direction, as well as awkwardly positioned valves — two problems which can lead to costly and time-consuming rework. Enegren was able to avoid these interference problems by taking advantage of the 3D walkthrough animation feature in SOLIDWORKS. 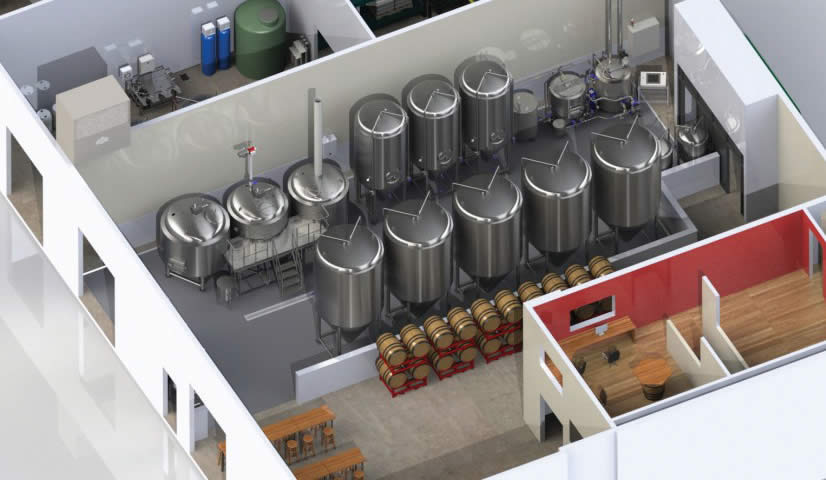 “I think one of the great features is the CAD 3D walkthrough. The whole feng shui is done on a computer with dragging instead of moving furniture around,” Chris said. With the brewery system fully rendered in 3D, Enegren was able to tour it at eye level and get a better understanding of the position of each piece of equipment.

Not only did this allow Chris to be more exact with his design, he was also able to make changes on the fly. For instance, when determining where to place one of his tanks, Chris worked the whole process out in SOLIDWORKS. Modeling the tank and setting an appropriate height in a virtual setting allowed him to see just how tall he could design the tank while still clearing
the ceiling. He was then able to shift some pipes around to ensure the tank would fit perfectly within the floorplan — saving significant time and money on an otherwise imprecise process.

Designed for today and beyond

On January 24th, 2015, Enegren open its 15-BBL system to an eager public. Designed in SOLIDWORKS in a similar way to the old 3-BBL system, it allows their facility to handle up to 5x the brewing capacity which provides room to grow for the years ahead. Keep up with Enegren Brewing by visiting their website.

Making the leap from a home brewing system to a large-scale commercial brewer operation. From planning layouts and build outs, to designing, redesigning and extending production equipment.

“I was able to size up my warehouse exactly how I had built it out — literally everything I was going to use — so that way when we did it, it wasn’t an afterthought.”