As an early adopter of rapid prototyping and the first company in its region to embrace 3D printing, service bureau Empire Group has been enabling clients with faster prototype delivery times and increased productivity since 1999. Over the years, the company has expanded its offerings to include industrial design and engineering, rapid prototyping, rapid manufacturing, and graphic design, while continually priding themselves on artistry and craftsmanship. Understanding the nuances of each material used within their shop, as well as the best finishing techniques, is critical to ensuring high product standards.

However, when it came to finishing Stereolithography (SLA) 3D printed parts, Empire Group faced bottlenecks that prohibited them from finishing parts as quickly as they wished. Though SLA 3D printing is acclaimed for its highly accurate part builds and cost-effectiveness, there is still a myriad of post-printing challenges that this technology produces. 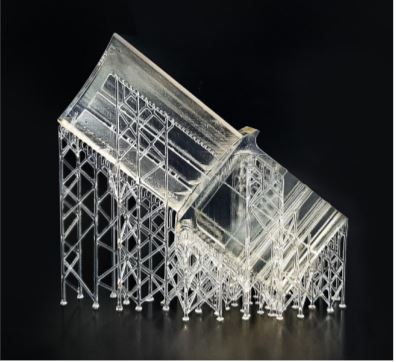 In the case of Empire Group, resin removal with solvents and manual labor escalated into a more critical issue as the company grew. While the workload and number of printers increased, it was obvious that without an automated solution, the amount of time dedicated to post-printing would as well.

Empire Group has found the PostProcess DEMI to shine, especially when post-printing intricate parts or high-volume production of small parts. Now that they are able to handle resin removal in a fraction of the time and spend less downtime on chemistry change-outs, the engineers and technicians at Empire Group can direct their energy on more value-added task such as quoting out orders, performing maintenance, build tray optimization, and more.

PostProcess’s software-driven solution has unlocked improvements across the board for Empire Group, on average reducing their SLA post-printing times by at least 50%, sometimes more.

Katie Marzocchi, Marketing Manager at Empire Group, said, “We’ve been in the additive realm for quite a while now, and in just a short time, the DEMI has optimized our workflow in the ways that matter most. From improving our bottom line and enabling scalability within our operation to reducing lead times and passing cost-savings on to our customers, the PostProcess solution is essential in helping us deliver high-quality products and service every time. We look forward to continuing our growth as a cutting-edge product development company, now with the DEMI in our tool belt.”