Good product design is hard to define, but most people know it when they see it. The role of a product designer is to outline a concept and bring it to life, making sure that the idea in their head not only works correctly, but is user-friendly and aesthetically pleasing. It’s a difficult process to get right, but Priority Designs is a proven leader in the design consultancy space.

Priority Designs is an industrial design consultancy based in Columbus, Ohio. The team works with clients to help build “pretty much anything they need,” as prototype specialist Billy Rupe puts it. The company sees product design as a form of problem solving, and its role is to find solutions for customers, creating products that are simpler to manufacture, easier to use, and just work better.

“Product design is about putting the users first – we’re trying to create something that makes their life easier, and a little bit more seamless,” explained Industrial Designer Emily Stokes.

Transforming the prototyping process with PolyJet

Priority Designs combines a cross-functional team with modern prototyping tools and a true passion for design, which means it can help clients at every stage of the design process. One of those prototyping tools includes additive manufacturing – and recently, PolyJet Technology™ from Stratasys.

When the team got the most recent PolyJet 3D printer, the office-friendly Stratasys J55™ Prime, they knew it would transform their prototyping process. This process typically involves a range of tools, especially at the initial ideation step – the team relies on pen-and-paper sketches, digital renders, and Photoshop images to collaborate and get their ideas across.

“We try to get a broader group together and quickly create designs that we pin up on a board,” explained Ludwin Mora, senior industrial designer at Priority Designs. “And we all talk about it. We all explain it. I think one of the things that make Priority Designs special is that everybody has an opportunity to present their work.” 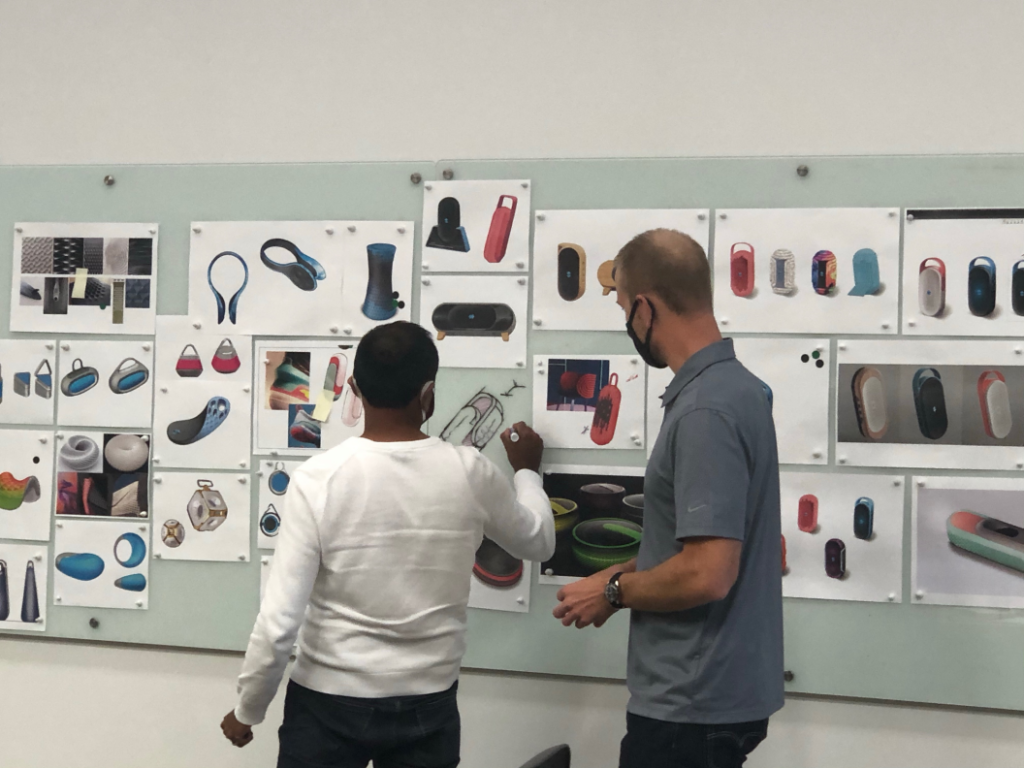 The team often works on a tight schedule for clients, and they’re used to pivoting or backtracking during the design process as they receive more information and feedback. That’s why it’s important to have tools that let designers easily make changes and create new prototypes, with as little preparation as possible. The team knows that it’s important to not rely solely on digital designs to communicate intent.

“Sometimes you can get buried in a CAD model,” said Senior Industrial Designer Ryan Berger. “With CAD, you have ability to infinitely zoom in and pan out, and you lose a sense of scale. You can lose the sense that you’re designing something that’s meant to be held in the hand.” Berger said that it’s critical to create physical mockups, even in the early design process, to solidify the connection between the design and the actual product.

That’s where PolyJet Technology comes in – its multicolour, multi-material capabilities and efficient workflow software make PolyJet an ideal addition to the product design process. To test out the capabilities of the J55 Prime and its software, the team came up with a two-part clamshell Bluetooth speaker design. 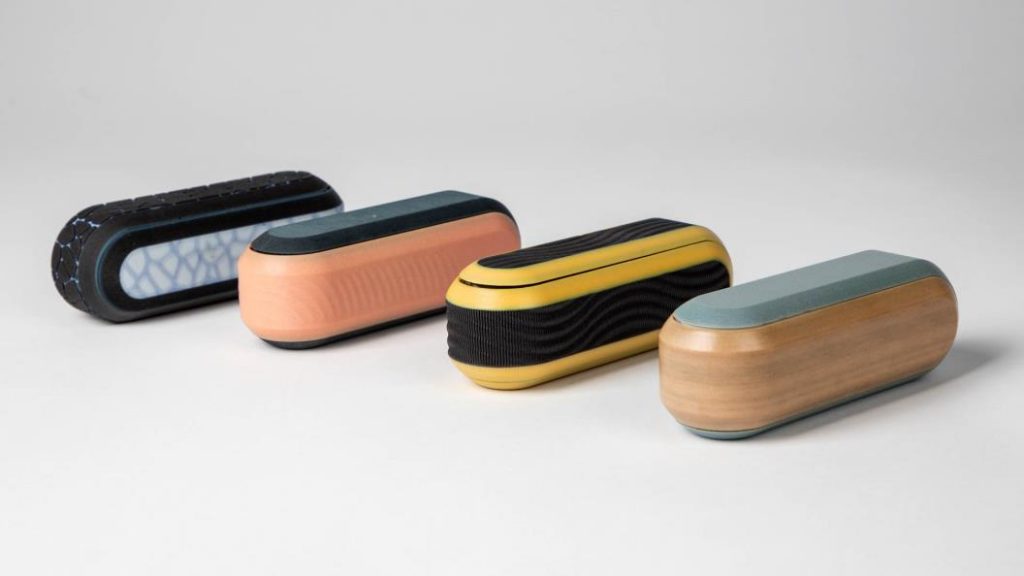 The concept was designed first in SOLIDWORKS, and then refined in KeyShot®, where detailed CMF options could be chosen. With 3MF file formats the team could easily go from KeyShot to GrabCAD Print™, and continue to test ideas a few hours later. Design headaches like adding texture to parts were eliminated, which meant huge time savings for Priority Designs.

“Before, it would have taken us upwards of a week to model this part,” said Rupe.

“With KeyShot and the Stratasys J55 Prime, you send the file to print, and the next morning it’s done.”

This workflow has major implications for how the team will approach future projects. Priority Designs uses KeyShot throughout the product design process – it offers a large material library and the renders help communicate ideas to clients. The ability to go from KeyShot render to 3D print with few steps in between saves time and makes it easier to create physical prototypes.

“The translation between KeyShot and GrabCAD is one step,” said Stokes. “It’s one file that’s all packaged together, and it translates perfectly when you import it into GrabCAD for printing. So it’s seamless and time saving.”

Not only does it save weeks of prototyping time, the J55 Prime and GrabCAD Print workflow also saves money. Full color, multi-material models can be costly and time-consuming to produce, often requiring many steps. Because 3D printing requires less active labor than alternate techniques, the team can reduce timelines or overall spending to get the aesthetic prototypes needed for the project.

“Having a full color 3D model in the middle of the design process really changes the game,” explained design intern Alicia Koslowski. “Being able to get design feedback on a model that looks like the real thing is huge.”