The largest find of fossils of Homo naledi, a human ancestor previously unknown to scientists, has been 3D scanned with Artec Eva

This story started with an unexpected, yet a breakthrough discovery of 15 fossil skeletons of an extinct species of hominin (human ancestor), provisionally named Homo naledi. As soon as Professor Lee Berger from the University of the Witwatersrand (Wits University) was shown the first photos from the site, he decided to initiate an expedition there and set out a call on social media to join him.

Due to the constraints of the Rising Star cave and the Dinaledi Chamber, the use of traditional excavation recording equipment was rendered useless, and a new approach to collecting high-resolution spatial data was needed.

One of the people that acceded to Berger’s call was Ashley Kruger, who was completing his Master’s degree at the Evolutionary Studies Institute, Wits University and was looking for a PhD project in Paleoanthropology. “Together with Professor Berger we decided that this discovery would be the perfect opportunity to use 3D imaging during excavations at the site, which would form part of my PhD,” Kruger says. 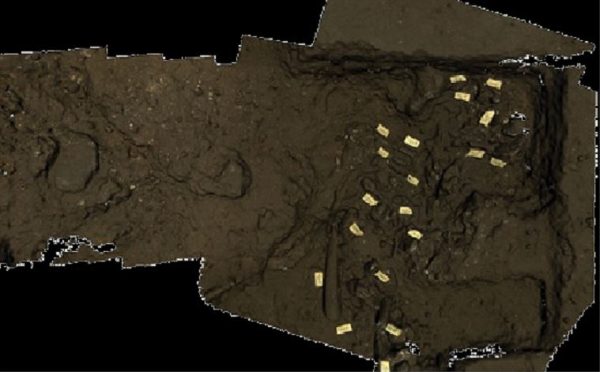 The excavation area within the Dinaledi chamber of the Rising Star system during March 2014. The image shows a number of articulated, as well as unarticulated remains which were recovered after this scan was completed 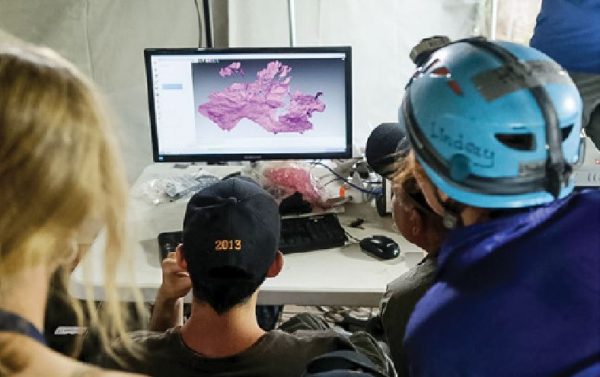 The team above the ground watch as 3D scans are rendered during excavations. The 3D scans were used to document the excavations as the scientists proceeded

Fossil position recording, usually undertaken with a grid system, or total station, was completed with Artec Eva. Kruger collected scan data from the excavators, rendered and fused the data, and then compiled the different layers of excavations in 3D to piece each recovered element together and place it within a larger spatial context. Artec Eva was used to scan the excavation area which included the fossils in situ (still in the sediments).

“Sweeping” the desired area with the scanner produced a real-time visualization of the area on an accompanying laptop computer.

Then the layer with the fossils (never more than 5 cm thick) was removed and the uncovered surface was scanned with Eva.

Documenting the excavations within the Dinaledi Chamber with Eva served two purposes. First, spatial data about the location, orientation (axial and surface) of every bone was collected. And second, the data recorded during this process was transported to the surface after every scan, to allow for scientists above the ground to provide guidance and direction to the excavators concerning excavations and recovery.

“I was amazed at how simple and accurate such a high-level technology could be in less than ideal conditions,” Kruger says.

“The team learned how to use the scanners in just under an hour. Using this technology significantly sped up the entire recovery process, reducing some tasks that would have taken hours to minutes.”

“With projects like this, the bones have to be documented on their own as well as in relation to the excavation site,” Kruger says. “Normally, this involves manually recording fossil locations and cross referencing with an established grid. Artec’s technology was able to streamline this process immensely, despite extremely challenging and limiting conditions.” 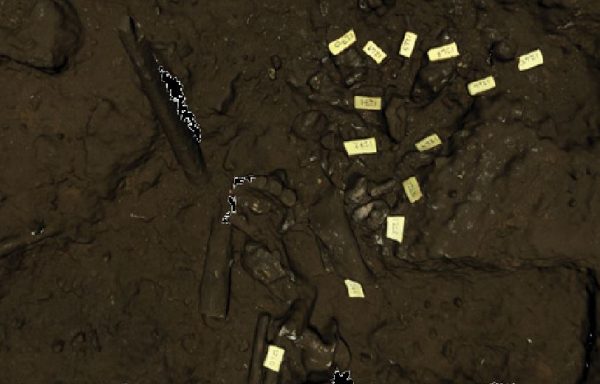 A close-up of the excavation area within the Dinaledi chamber, showing the many remains of the featured layer of excavations. A maxilla (center) is clearly visible 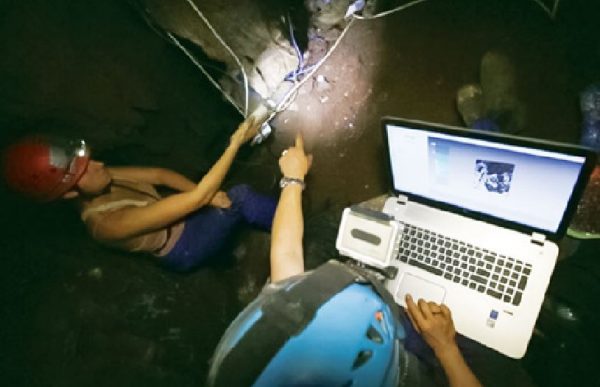 Two excavators scan the excavation area of the Dinaledi Chamber with Artec Eva, prior to removing the fossils

Post-processing was managed in Artec Studio 9 (and more recently Artec Studio 10 Professional). The fossils documented with Eva were removed from the site and transported to Wits University, where they were described. Today it is the largest fossil hominin find yet to have been made on the continent of Africa, with 1,550 numbered elements recovered. The project that involved some 40 scientists resulted in two scientific articles and a NOVA / National Geographic special documentary “Dawn of Humanity.”

Artec Eva 3D scanner is the ideal choice for those that need to receive a quick, textured and accurate scan.

Shaping the Talent of Tomorrow with 3D Printing