From steel production to construction, automotive to aerospace, engineers are in demand 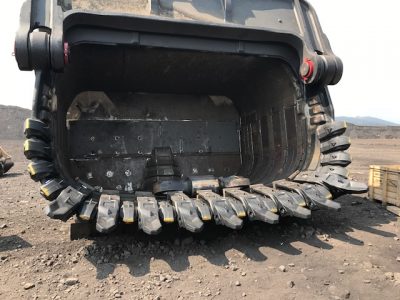 Solving machine design challenges at Canada’s largest steel producer. Travelling the world to meet with customers. Designing parts for a robotic arm on the International Space Station. Starting and running a successful business.

This describes the day-to-day work of just a few of the women identified by Javelin Technologies as fascinating people doing fascinating things using Javelin’s products and services.

While researching this topic and talking to women in engineering and manufacturing in Canada, I keep hearing that too many young women and girls just aren’t aware of, or have misconceptions about, career opportunities in these fields.

Everyone agrees it’s time we fix that. In fact, we have to.

Ranstad, Canada’s largest staffing firm, reports, “Like many STEM fields (science, technology, engineering, and math), the engineering sector is on the verge of a labour crisis. An estimated 20% of engineers are 55 and over. With a large percentage of the workforce nearing retirement, the field is looking for an infusion of fresh, young talent. There’s lots of potential for young engineers to make their mark and rapidly advance into senior roles.”

They say specialties related to mechanical and electrical engineering are currently the most in demand, with “computer aided design” and “SOLIDWORKS” among the top six most in-demand skills. Trends include a focus on automation and efficiency, as well as waste reduction and sustainability.

Good jobs are out there. And it’s captivating and fulfilling work with competitive salaries. Let’s meet three more of the women in the Javelin Technologies customer base who are leading the way. 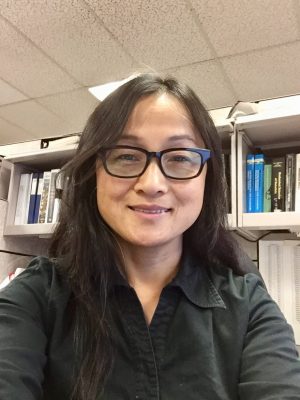 Jing Xu is a senior specialist in stress analysis and design for ArcelorMittal Dofasco – a steel producer and the largest private sector employer in Hamilton, Ontario.

It’s heavy industry and a massive operation, and Jing contributes to keeping equipment running smoothly and products moving on the line. She says the best part of the job is seeing her ideas and drawings come to life and knowing her efforts count.

“Any day I can solve problems, that’s a good day,” she says. “It’s a bit like forensic science and I’m the investigator. Why is this part broken? Is the load too heavy? I run the simulations and show the team something they haven’t thought about before.”

Jing was educated in China, until she came to Canada for her post-graduate studies in Regina, Saskatchewan. She says that some of the best engineers came from farming families. 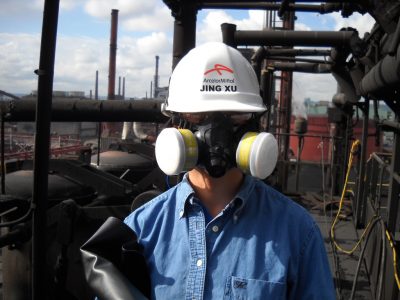 “They knew how to fix the equipment on the farm. They grew up taking things apart. A good engineer enjoys seeing how things work. When I was a kid, I used to take apart the clocks in my parents’ house.”

Jing’s parents never treated her any differently than her brother, just encouraged her to be the best she could be. In Jing’s second last year of high school, she had to choose between a math or language stream.

“I looked at my strengths, and I was good in math and interested in physics. I also looked at the future job market. Civil engineering and architecture were my first choices but I ended up in mechanical and found I was good at it.”

Pride in her work in construction and mining 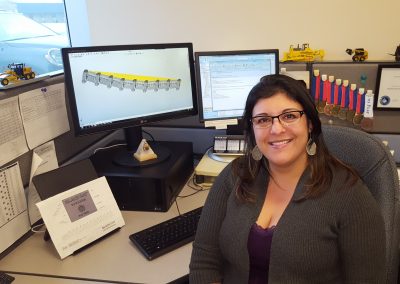 Laurise Chedid is CAD (computer aided design) Manager for Black Cat Wear Parts in Edmonton, Alberta. She remembers doodling floor plans in math class in high school, and actually completed two years of an interior design program. It was there she found she had a talent for technical drafting and switched her focus and career to design engineering.

“I wasn’t feeling drive and motivation working in interior design, so I went back to school,” she says. I always tell young people, just start something. Get a foot in the door. You never know what you’ll learn, or who you’ll meet.” 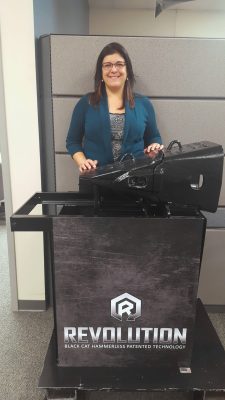 “It has been a challenge for me,” she says. “When I was young, if I thought about construction, I thought ‘men do those jobs.’ I knew I might stand out as the only woman. Some people wondered if I would last but I’ve excelled here. My company respects my drive, and I love to be challenged.”

Laurise has been able to branch out from technical management to dealing directly with customers, and that work has taken her to trade shows across North America and even to China.

“I love talking to customers about what we do, showing them how we can help. That gives me a lot of pride.”

From “blank white page” to running a mechanical design firm

Bozena Kunowski came to Canada in 1984 from Poland, trained as a mechanical engineer, but feeling like she was starting over “with a blank white page.” Her first interview, with Magna International, was memorable.

“They were all men, and we spoke in German,” Bozena says. “One gentleman asked me if I thought I could work in automotive. I said ‘no problem,’ even though I had never worked in the industry. I needed the job so badly. By the end of the interview, he said, ‘I have no lady engineers here so you are hired. Let’s give it a try.’”

So Bozena had to learn quickly to “pass the test.” She remembers working on a Lamborghini bumper − a complicated layout. When her boss took her design to Italy, the gentleman there called others in to see Bozena’s work. “This is how you are supposed to present a design,” he told his team. Bozena says this was a turning point for her.

“You have to always want to be better. The rewards are often little remarks like this that give you joy and put wind in your sails.” 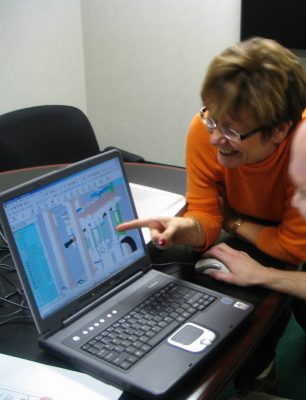 From automotive, Bozena moved to aerospace, taking a position at SPAR Aerospace in 1989. It was an exciting time at SPAR. The company had produced equipment, including the Canadarm, for NASA’s space shuttle program, and in 1992 was awarded the bid to build the Canadarm 2, which would later be used to construct the International Space Station.

After five years at SPAR, Bozena made a big decision. She was going to start her own business.

In 1994, CADmech Design was born. At the time, there were few design and engineering services firms like hers. She hustled to get clients, worked day and night, built a team, and slowly moved from designing to running the business, now based in Markham, Ontario.

“As long as you’re passionate, you will always have success,” she says.

Bozena and Javelin Technologies go way back. She met Javelin’s founders John Carlan and Ted Lee around the same time they were launching Javelin 20 years ago. CADmech and Javelin have grown together, both based on special expertise in 3D design and SOLIDWORKS.

“There is no such thing as a girl’s profession or a boy’s profession,” Bozena says. “If you love math and physics and you are eager to solve puzzles, try your skills in engineering – there are many great and varied opportunities.”

Bozena has always focused on giving young people and new Canadians opportunities to gain the engineering work experience they need to succeed.

“I want to give them the same opportunity someone gave me,” she says. “I always try to see the potential in someone. Even if they are trembling and don’t express themselves well yet in English during the interview, if I feel a passion for engineering, supported by good educational fundamentals, I do everything to provide the position. In most cases, this leads to another success story similar to mine.”

Javelin would like to take this opportunity to thank our sponsors for supporting us in this campaign, as well as acknowledge Paige Leedale for her help with coordinating these amazing stories.

More Power for the Design to Manufacture Solution

How to optimize your designs for additive manufacturing