When you sit down to play a modern FPS (first-person shooter) video game, nothing snaps you back to reality as fast as unrealistic graphics. That can be anything from beautiful yet slow-to-load landscapes, to characters that look so pixelated, it appears as if they’re made of Legos. The game engine itself can be ingenious, but if the content jars you out of that state of flow that devoted gamers know oh so well, soon you’re going to just hang up your graphics card and go elsewhere.

One of today’s hottest games that doesn’t suffer from any such graphics hiccups is The Farm 51’s multiplayer military FPS World War 3. With its uber-realistic battlefields transporting you to cities such as Warsaw, Berlin, and Moscow, and putting in your hands a whole range of lifelike, modern weapons and equipment, including machine guns, rocket launchers, drones and tanks, World War 3 doesn’t disappoint.

To achieve World War 3’s astonishing levels of character detail, The Farm 51 opted not to utilize the process of photogrammetry, as they had for both their games Get Even and Chernobylite. For World War 3, after reviewing all the latest available digital capture technology on the market, they instead went with handheld structured-light 3D scanners, as these gave them the requisite balance of speed, stunning resolution, and simple processing.

In the words of Kamil Bilczyński, creative director and co-founder of the The Farm 51, “To put it bluntly, you can point a scanner at an object and move around it (or move the object) to create its virtual equivalent. Structured light helps the process by projecting a grid pattern on an object, telling the scanner how far or close it is from it. That way you can reconstruct that object and preserve its shape and all its tiny imperfections and dents, as well as its colours, that make it look and feel realistic.”

The Farm 51 were introduced to Artec 3D’s professional handheld scanners, and learnt about their workflows, their needs in terms of speed of scanning/processing, resolution, and ease-of-use. The Farm 51 chose Artec 3D’s handheld structured-light scanners Artec Space Spider and Artec Leo. Each scanner excels at what it was designed for.

Space Spider is an extremely-high-resolution scanner (up to 0.05mm accuracy), brilliant for digitally capturing small objects, especially those with high volumes of detail, such as electronic circuit boards, jewelry, tiny gears, etc. The Farm 51’s digitalization team uses Space Spider to scan small pouches, boots, helmets, and intricate details on a variety of objects and surfaces, bringing a level of realism to World War 3 that keeps millions of players around the globe coming back for more. 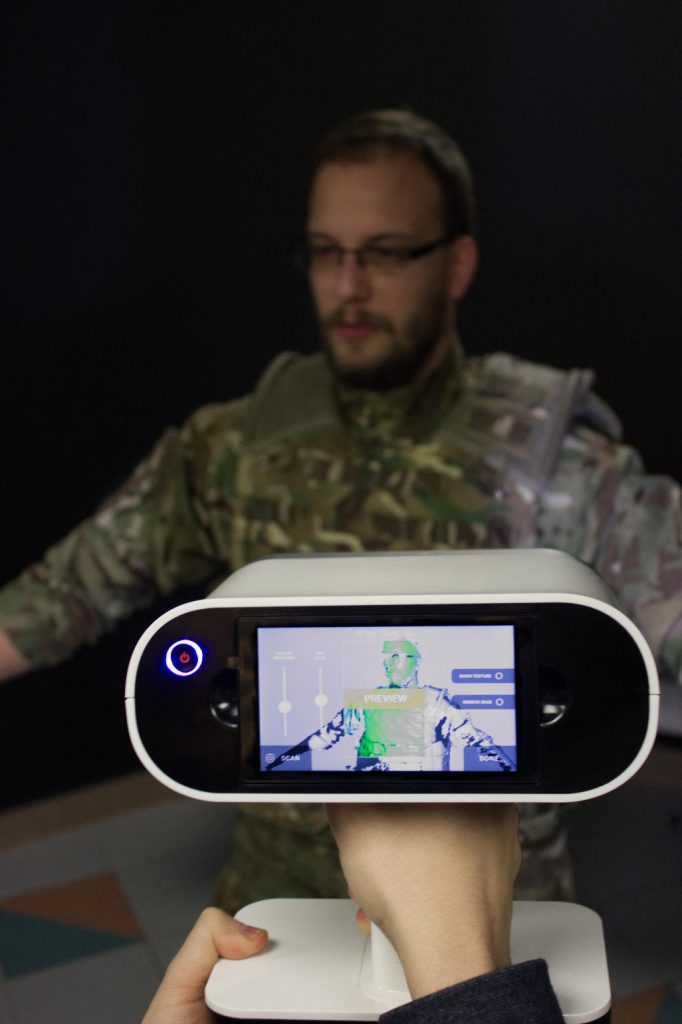 Artec Leo, the newest addition to the Artec scanner family, is the first 3D scanner to offer automatic onboard processing. Fully wireless, with a point accuracy up to 0.1mm, Leo gives the digitalization team the power to scan everything character faces and bodies, pistols, machine guns, and rocket launchers, even scanning objects as big as entire cars. With a capture rate of up to 44 frames per second, Leo scans fast, all the while delivering a jaw-dropping level of resolution in its scans, which appear in real time on the scanner’s touch panel screen, so you can see instantly if any areas have been missed and need to be rescanned. 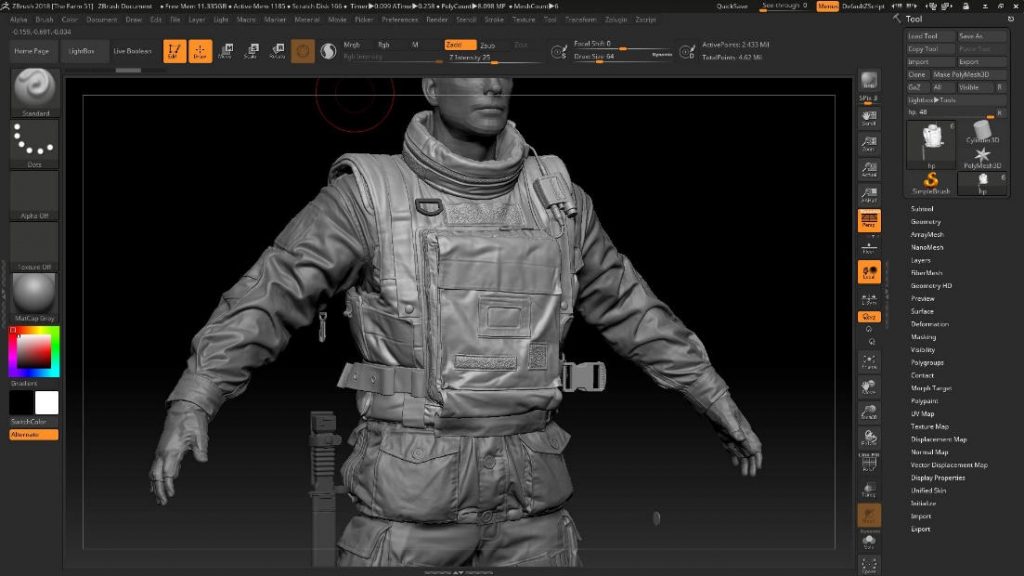 In the words of the digitalization team, “Because each object, whether it’s a face or body, weapon or vehicle, features varying degrees of complexity and detail, not to mention size, we simply combine the scans of Leo and Space Spider, easily bringing them together in the scanners’ software, Artec Studio. That way, when our character artists get the ready 3D models, all the amazing detail is there, down to the tiniest elements, from these scans that took us just minutes to make.”

“Using structured light cuts down the time it would take to make the 3D model by hand and brings down the production time for a High Poly version of an object from a couple of days to just a few hours, and sometimes even less.” 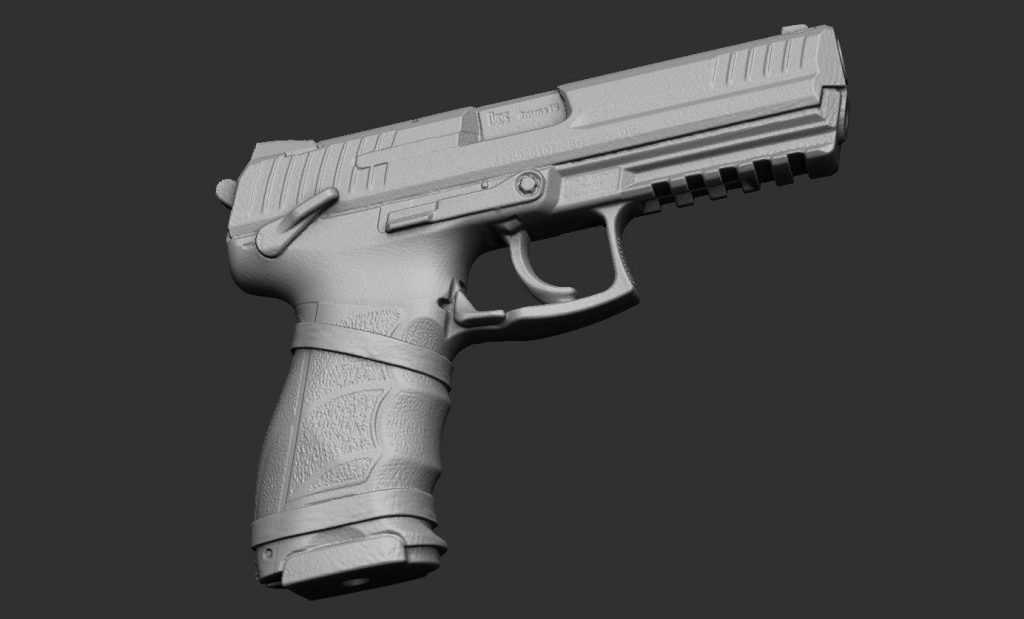 Handed off to a 3D Artist

Following scanning and post-processing, the initial 3D model gets handed off to a character artist. The Farm 51’s character creation team described the following crucial steps they take post-scanning: “Our 3D artists, using specialized 3D sculpting software, create a High Poly model from the post-processed 3D model. This model is then processed and worked with to eliminate any errors and mistakes that somehow didn’t get caught during the first pass of scan clean up. The model’s shape and silhouette are fixed to match the general standards we use, so it works with different models. For example, when new boots are added to the game, the artist has to make sure they blend well with the pants, so there won’t be any extra material sticking out from the model.”

They continued, “The next step is to create a simplified model, which means ‘the fewer polygons, the better,’ when it comes to overall game performance. Such a model doesn’t include all the details captured during the scanning process, rather, it’s a simplified form of the original, but by using the High Poly model as a reference and source, the artist is able to ‘bake’ normal textures onto the Low Poly version, so finally it looks like all the details are still there, even though they’re actually not.”

Following this, the model is essentially ready for texturing, aka colouring. Although both Artec Leo and Space Spider are colour 3D scanners, due to The Farm 51’s distinct animation algorithms, the character creation team chooses to add colour to models at a later stage, post-scanning. The texturing process, which refers to painting colours onto a weapon, character, or other object used in the game, helps by defining the look of the surface of the model. During this process is when physical materials are assigned to each object. The final step of the process is to create various customization options for the model, and currently (as of 0.6 Warzone Giga-Patch Update) each item that can be changed in the game features more than 20 unique camouflage patterns and colour variants. 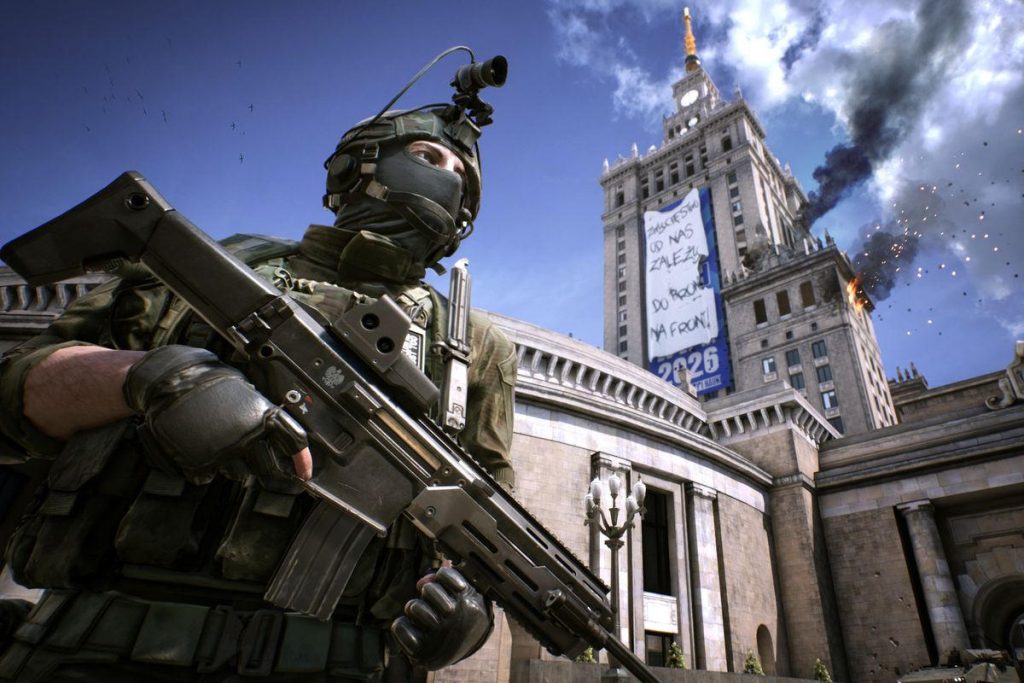 The Farm 51 continues to use their Artec Leo and Space Spider for creating new characters, uniforms, weapons, vehicles, and more. In future releases, fans of World War 3 can also look forward to new, real-life environments across multiple continents, stunning architecture, and more of that truly hypnotizing game play that millions from east to west have grown to love.

As a testament to the technology and how well it works within the game development industry, World War 3 has received a nomination in the Visual Art category for the 2019 CEEGA, which is the annual awards for Central and Eastern European games.

Discover the limitless possibilities of 3D scanning with the portable 3D devices. Lightweight, mobile and compatible with several popular tablets.

Artec scanners can be used absolutely anywhere to ensure a smooth capturing process without having to relocate objects to a particular place.

Own the Product Lifecycle with a sustainable business transformation